Coronavirus film edition XL: An ‘Inheritance’ and more docs from the Pogues to Palestine 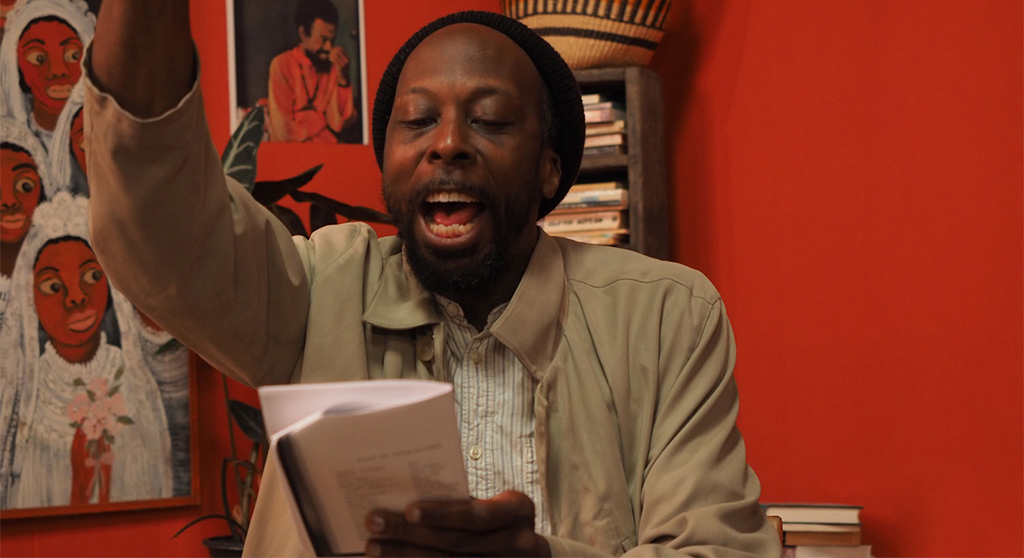 Coronavirus film edition XL: An ‘Inheritance’ and more docs from the Pogues to Palestine

On Friday the DocYard kicks off its last virtual run of the season, Ephraim Asili’s “The Inheritance,” about a Philadelphia abode passed on to a grandson who turns it into a Black Arts community center of sorts. The provocative film explores race and the building’s long history, including ties to the notorious MOVE raid in the 1980s. There are free tickets (in limited supply) for Brattle Theatre members. On Dec. 17, Asili will be on hand for a Q&A after the screening.

A pat, nice documentary that explores the 100-year history of the U.S. Postal Service (Louis DeJoy be damned) supporting young boys and girls sending wish lists and affectionate missives to Santa, and those who take the time to respond. Most touching is the letter in which an LGBT child requests just to be loved and accepted (“Can you talk to god for me?”). Overall, nice is nice and it’s empowering, but there’s nothing really new under this tree. Playing at the Landmark Kendall Square Cinema.

Kind of perfect that the Brattle would pair this documentary about the Pogues’ enigmatic frontman with Thomas Vinterberg’s “Another Round.” The film, directed by Julien Temple with fantastic animation by illustrator Ralph Steadman, delves into MacGowan’s youth in an Irish village and the roots of his band’s unique fusion of traditional Irish folk music and punk rock. Sinn Féin president Gerry Adams, Bono and Nick Cave are among the celebrities who pay tribute and share memories of the rocker who, at 60, appears a bit infirm from years in the life. Producer Johnny Depp provides a warm introduction to the film. The film plays as part of the Brattle Theatre’s Virtual Screening Room.

David Osit’s documentary follows Musa Hadid, the Christian mayor of Ramallah, during his second term in office, just as President Donald Trump announces official acknowledgment of Jerusalem as the capital of Israel. Hadid is hard driving and resolute, scouring the town and calling in overflowing sewer systems and dumpster fires. The film takes a more ominous turn as political tensions rise and Israeli commandos make an incursion. An illuminating alternative view into a divided political hot zone where most people seek a foothold of normalcy – and an intriguing juxtaposition and follow-on view to Frederick Wiseman’s “City Hall,” which, like “Mayor,” plays as part of the Brattle Theater’s Virtual Screening Room.

Yorgos Lanthimos, the alter-reality auteur behind such haunting oddities as “Dogtooth” (2009) and “The Lobster” (2015), cooks up this compelling short about a cellist (Matt Dillon) who has nonverbal communication with strangers, one of whom becomes a surrogate mimic in communication with his wife and others. Is he from beyond? Can he not get the words out himself? Teasing questions abound. The title aptly refers to a computer language “without any real syntax or operational semantics” – and the word means “nothing” in Romanian. On Mubi.

Ryan Murphy, the creative force behind “Glee” and “American Horror Story,”adapts the Chad Beguelin, Bob Martin and Matthew Sklar musical for Netflix, with mixed results. The production values, songs and choreography are absolute wonderments, as is the star quality of the cast: Nicole Kidman, Meryl Streep, Kerry Washington and Keegan-Michael Key are among the big names in a story of a young Indiana girl named Emma (Jo Ellen Pellman) who wants to bring another girl to the prom but it barred by legal proceedings. She becomes a rallying cry for falling Broadway stars (Kidman, Streep and James Corden) who need positive press. The stars pop, but “The Prom” never gets to the core of the effect on the poor teen; Emma’s emotional sojourn is lost in the sea of glitz, and I wonder how Indianans feel about the deletion. At Kendall Square, and streaming soon on Netflix.

Busman, the cop/former military grunt of the title (Jamie McShane) is roused from his sleep one morning and offered a ticket to Ireland to hunt down the adopted niece of a distant relative who’s gone missing. The path takes the reluctant yet resourceful Busman through Lapland, India, Italy and South Pac seascapes. It’s a gorgeous travelogue propelled by the young woman’s emotionally heartfelt journal entries, done in voiceover. The world tour keeps things clicking, and McShane remains in character throughout; but getting to the chase often feels like a coy, overwrought machination.

“Cujo” for the new millennium? Cambridge-born Paul Solet made this crime thriller three years before “Tread,” his riveting chronicle of small-town madness that played at the Brattle this year. Here, Solet is blessed with A-listers Adrien Brody, Antonio Banderas and John Malkovich. The film has loose ties to Boston as a den of thieves (Banderas vs. Malkovich and a ponytailed Brody) get into a bloody tangle over a bag of loot, or something like that. The film was shot largely in an eastern bloc country and is something like Ben Wheatley’s “Free Fire,” which is also “Boston set” and takes place in a nondescript warehouse anywhere. Oh yeah, the most menacing thing in the film? A giant Spanish bull mastiff that can bust through doors and rip the jugular vein right out of a gun-toting henchman.