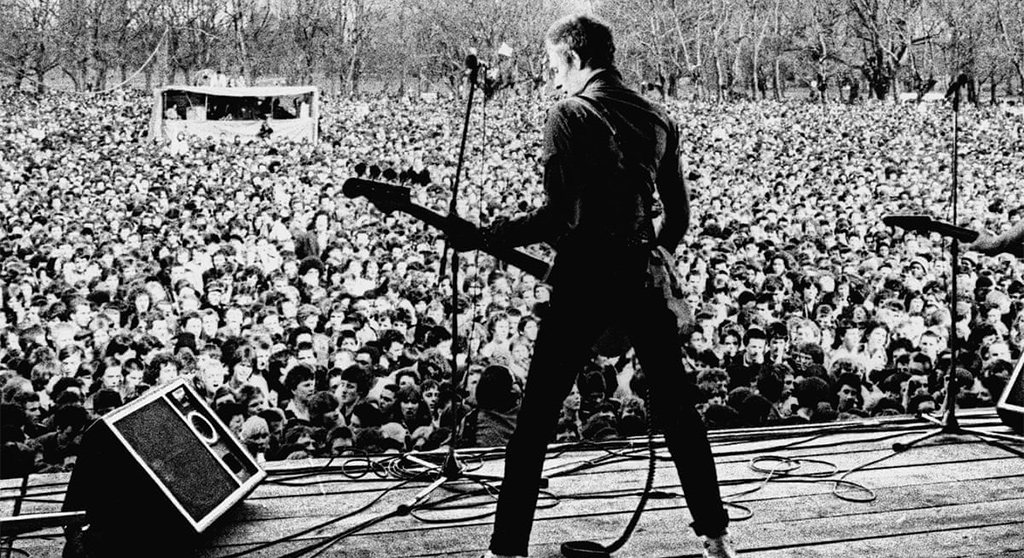 Trite, cheesy stuff that’s more of an “ET” puppy dog wag than a lurching monster horror fest. What’s to know? The lil’ green guy here is something of an AI incarnation stumbled upon by teens Lance (Ian Barling, playing the new kid in town) and Truth (Cora Savage, with an audacious name) who keep him away from an FBI-like agent and Ken (Patrick McCartney), the chauvinistic beau of Lance’s mom who’s after a 50K reward. You’ve got to give filmmaker Jon YonKondy some due for keeping the texture goofy and light, and Rance Nix packs in a battery of endearing mannerisms, quirks, snorts and hokey behavior as Baby Frank. But it’s McCartney biting in deep as loudmouth, doofus Ken, a wannabe bully in need of sensitivity training and a workout regimen, who keeps this can of Cheese Whiz going.

The Boston Palestine Film Festival kicked off Friday. Opening feature film “Between Heaven and Earth” tells the story of a divorcing couple that must traverse Israeli checkpoints to complete the separation. On Wednesday, the 12th annual Boston Asian American Film Festival gets underway. Festival highlights include “The Takeout Girl,” “A Thousand Cuts” and “The Paper Tigers.” The fest includes a virtual kickoff and preview party (at 7:30 p.m. Wednesday). Both festivals run through Oct. 25. For the full slates, tickets and more information visit the festivals’ websites.

Rubika Shah’s rock doc about punk and reggae artists who unite to fight racism in 1970s London. Outrage spilled when guitar god Eric Clapton made a statement supporting Enoch Powell, pusher of a xenophobic platform; as a response, rock photographer Red Saunders launched Rock Against Racism, a series of concerts featuring black and white musicians. The culminating show, Carnival Against Racism (1978) packed in more than 100,000 people. Feature acts included Steel Pulse and The Clash. Great footage and a great early look at The Clash on the verge of stardom (so good live). Given where we are, it’s also a bit of the past commenting on the now. The film plays as part of the Brattle Theatre’s Virtual Screening Room.

A heartfelt documentary about the life and times of the singer-songwriter who rose to fame on the indelible ballad “Cat’s in the Cradle.” By his early 30s, Chapin would have fame, awards and recognition, but his burning mission as an activist was to feed the world. His life was unfortunately cut short. The film places him in company of great storytellers such as Jim Croce and Billy Joel and paints Chapin as an affable simple gent who paid great care to family and all around him. It’s hard to listen to any rendition of “Cat’s in the Cradle” and not well up. Among many talking heads are Bruce Springsteen and Pat Benatar.

Riley (“Rebecca,” “Free Fire”) gives an out-of-the-park performance as the depressive and enigmatic Ian Curtis, frontman for the band Joy Division. Anton Corbijn (“The American,” “A Most Wanted Man”) makes the bold decision to shoot in black and white, which only helps to reflect the brooding darkness inside Curtis. The renowned punk band made only two albums before Curtis committed suicide at 23. The film’s based on the memoir by Curtis’ widow, Deborah. Riley should have been nominated for an Oscar; his work here is on par with that year’s er, Daniel Day Lewis, for his maniacal turn in “There Will Be Blood.”

Steve McQueen (“Shame,” “12 Years a Slave”) crime drama follow the widows of a band of bank robbers who take on the next crime from the playbook of the crew’s mastermind, played by Liam Neeson. Specters of the past and nonlinear rewinds back to the guys’ bloody heist gone awry keep the tension high. It’s not the tightest crime weave, but the crew led by Viola Davis as Neeson’s widow is excellent, especially breakouts from Elizabeth Debicki (“Tenet”) and Cynthia Erivo (“Bad Times at the El Royal”). The incredible ensemble includes Robert Duvall, Jacki er, Lukas Haas and Daniel Kaluuya (“Get Out”).

A cop flick you probably didn’t know Liam Neeson made. I remember seeing it for the Boston Phoenix at a press screening three days before it was opened and, poof, it never opened. Why? Well, let’s consider the concept: Neeson’s DEA agent named Charlie gets into a tangle that scares the shit out of him, literally, and the big strapping bloke spends the rest of the film flatulent, stomach in knots and making frequent dashes to the bathroom. Sandra Bullock brings her sassy, bubbly schtick as a costar, and gets to administer a barium enema. Eric Blakeney, who’d ed on TV’s “Wiseguy,” directs; behind the lens he’s not sure if this is serious or funny shit.

Orçun Behram’s moody and eerie thriller is a stylistic winner, but is the atmosphere worthy of its narrative? Set in a dystopian Turkish city where the government has installed the antenna of the title atop a high-rise, people occasionally fall off the roof and conduct themselves as if under 24/7 surveillance, the result is something more akin to Ben Wheatley’s “High-Rise” (2015) than “1984” if done by David Lynch or David Cronenberg – though one could easily take Behram’s moody ramble as a political dig on the iron-fisted practices of controversial Turkish president Recep Tayyip Erdoğan.

What a real debonair bank robber in Boston looks like – sorry, “Honest Thief.” Actor Steve McQueen’s iconic charisma is usually enough to carry any film, and he’s well matched here with Faye Dunaway as an insurance investigator onto him and the anonymous crew (think Mr. Pink, Mr. Orange, etc., in Tarantino’s “Reservoir Dogs”) he’s assembled for a bank heist. The heist takes place in the old John Hancock Building. Great shots of Back Bay and Beacon Hill before I.M. Pei brought the Hancock tower to the area. Fun to watch to see just how much and how little the city has changed.

Ben Wheatley’s plucky black comedy about an arms deal gone awry just might be the most gonzo crime movie set in Boston  –  and it wasn’t even shot here. There’s a few obligatory Boston Harbor shots, but most of the action takes place in a warehouse and becomes something of a den-of-thieves drama like what Tarantino did in “Reservoir Dogs” (1992) and “The Hateful Eight” (2015). Brie Larson, Sharlto Copley and Cillian Murphy as well as a John Denver eight-track make their way into the bullet-riddled mix. The cast also includes Sam Riley and Armie Hammer, both in Wheatley’s latest, “Rebecca” – the non-remake of Hitchcock’s classic.