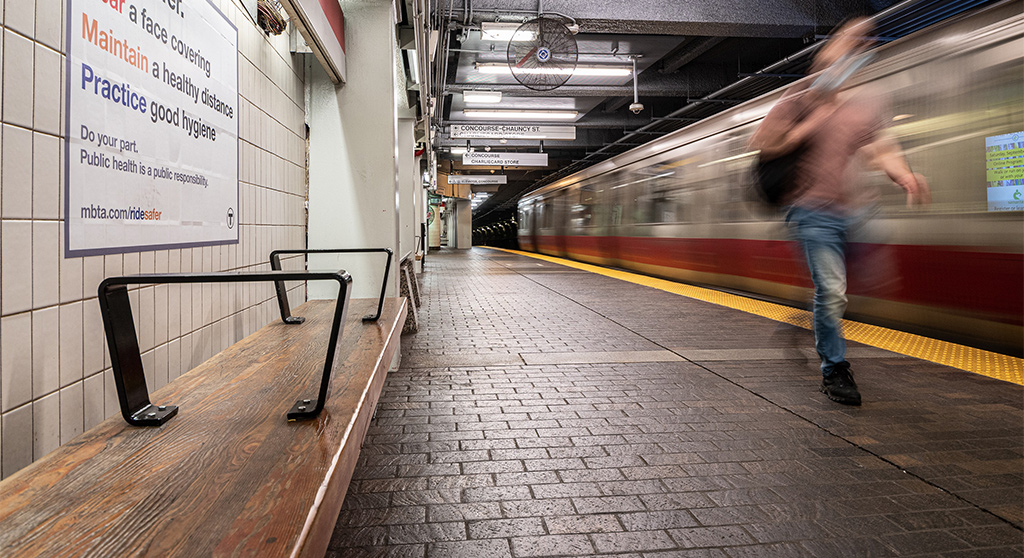 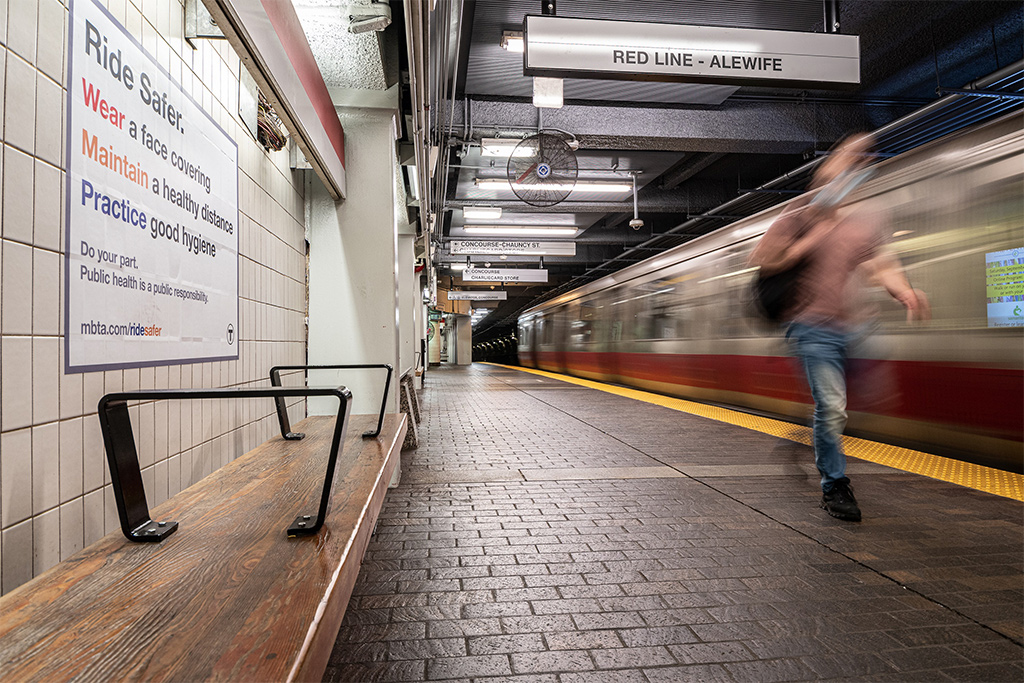 Armrests installed by the MBTA at T stations prevent people experiencing homelessness from lying down, some say. (Photo: MBTA via Twitter)

The City Council voted 8-1 on Monday to ask the MBTA to reconsider a bench design some consider “hostile architecture” installed recently at Cambridge T stations.

The bars make it harder for people experiencing homelessness to use the benches to rest, critics pointed out. Other examples of “hostile architecture” used to prevent rest or sleep can include retaining walls, fences and doorways.

People experiencing homelessness have expressed concern about the bars taking away a place to escape crowds and the threat of Covid-19 infection at shelters, councillor Jivan Sobrinho-Wheeler said.

The MBTA has not changed its stance on the bench design since September, saying that the bars are armrests designed by its accessibility team to “offer additional support to switch between standing and seated positions for our older riders and others with varying disabilities.”

While the bars will likely help some passengers, Cambridge city councillors questioned whether there was a better way to meet those needs. Only councillor E. Denise Simmons voted against an order for reconsideration written by Sobrinho-Wheeler and cosponsored by Marc McGovern, Quinton Zondervan and Mayor Sumbul Siddiqui.

“It is doing the right thing the wrong way,” she said, using one of her signature phrases.

MBTA stations are not the best from a Covid-19 crowding perspective, she said, advocating for finding unhoused people a long-term solution that would provide a safe place with services for those who need them. She had other concerns as well: “I don’t know how the homeless folks are going to get over the turnstile to get into the T station in Central Square without committing some sort of infraction of the law, and that puts them in harm’s way,” Simmons said.

“We have a business advisory group that meets every two weeks, and this [order] was not brought in front of them,” Simmons said, continuing her objections. “For senior citizens to see someone sleeping on the bench … it means that they can’t sit. Or it means a mother or father with their children will not be able to get a brief respite while they wait for the train.”

Many members of the public who spoke early in the meeting didn’t seem to understand that it was the state transit agency that had installed the bars, not the city, and called on the city to remove them. After McGovern explained the MBTA’s responsibility and limits on city powers, some speakers afterward pivoted to say that the city could be doing more for the homeless in general – even more than the warming center it operates, and a separate 58-bed adult homeless shelter it opened Dec. 16 on the empty first and second east wing floors of Spaulding Hospital at 1575 Cambridge St. The Spaulding shelter replaces the coronavirus shelter at the War Memorial athletic facility, which has been returned for use by the school district.

The council also appeared unified in its understanding that the T benches are part of a much larger topic. “There’s a lot more we need to do as a city, both for spaces for homeless residents and to think about the hostile architecture,” Sohrinho-Wheeler said.

“We have to do both short- and long-term things when it comes to serving people. And this, again, is not going to solve homelessness. But if it does make a difference for people, I’m glad that we’re … trying to tackle both the big issues as well as the most immediate needs.” McGovern said.