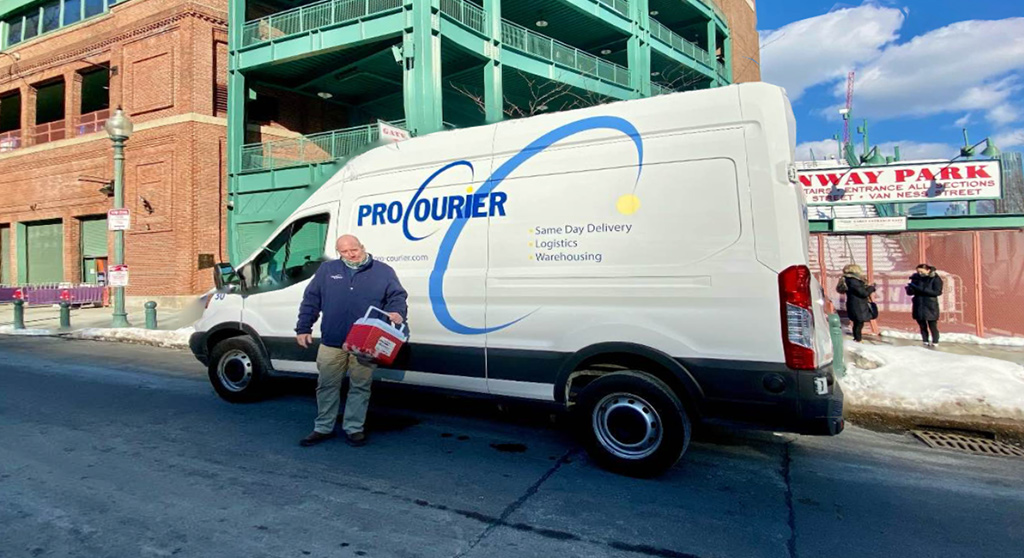 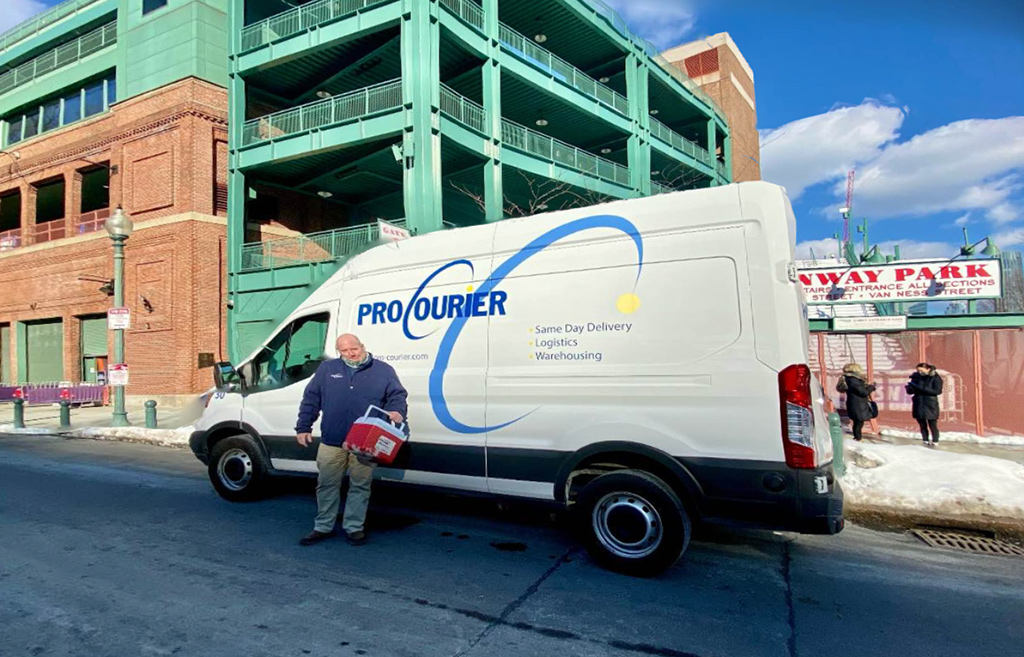 The latest twist in the state’s Covid-19 vaccine rollout – cutting allocations to hospitals in favor of giving more doses to mass vaccination sites such as Fenway Park and Gillette Stadium – could mean an unknown number of Cambridge residents 75 and older will need to get the shot at a location such as Fenway instead of a clinic run by their hospital. At least temporarily, the reductions would end new appointments at the Marino Center in North Cambridge for 75-and-older Cambridge residents who see doctors at Cambridge Health Alliance, Mount Auburn Hospital or Beth Israel Lahey Health.

Beth Israel Lahey Health told its patients, including those at Mount Auburn, that the change will apply only to new appointments; those who already have a date for a first or second shot will get one. Beth Israel Lahey had also been offering slots to Cambridge Health Alliance patients because the larger system has a clinical affiliation with the Alliance. Those invitations will also end, a spokeswoman said. She said Beth Israel Lahey Health had reached out to more than 7,500 CHA patients; it’s not known how many live in Cambridge and how many have already made an appointment or received a dose.

Alliance spokesperson David Cecere said the health care system will continue making its own new appointments until its vaccine inventory runs out. State officials have told Cambridge Health Alliance to stop making any new dates after that, Cecere said. He didn’t say how much vaccine is on hand and how long it might last. Online slots into next week were plentiful Friday at the Alliance’s only vaccination site in Cambridge, the East Cambridge clinic on Gore Street.

Focus on people of color

She said “early results” indicate that 60 percent of the shots went to black and Hispanic residents. The sites are open to any state resident. Leary didn’t say how many people had been vaccinated at the BMC-operated sites. Statewide vaccination figures indicate that people who have received a shot since Phase 1 began in December are overwhelmingly white; many vaccination records have no demographic information, though.

The state sign-up system has been frustrating for some older people and their younger friends or relatives trying to find an appointment. A new state appointment site, vaxfinder.mass.gov, allows people to search by ZIP code and find locations with available slots, features that two volunteer-developed websites had offered.

Many older people also are reluctant to negotiate a crowded stadium to get vaccinated and may not have a car or be able to drive here. In another sudden change to the rollout apparently aimed at meeting those objections, state officials said on Wednesday that people who take a 75-and-older resident to a mass vaccination site can get a shot themselves if they make an appointment for the same day. 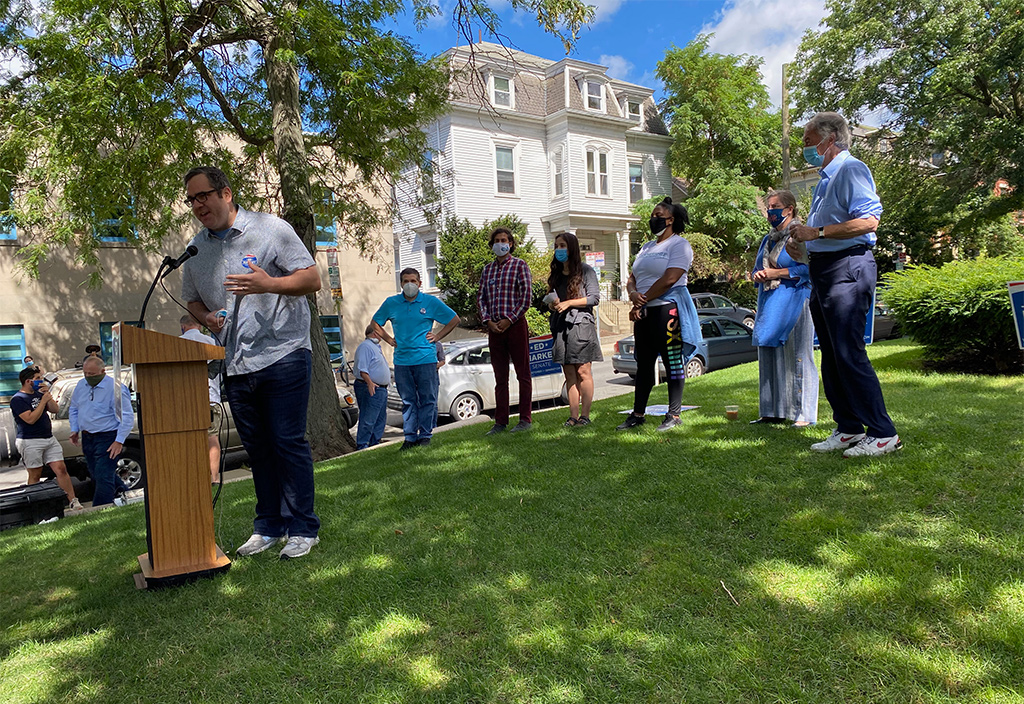 That brought sharp criticism from some legislators. Thirteen state lawmakers, including Rep. Michael Connolly of Cambridge, signed a letter to Gov. Charlie Baker urging him to give priority to local health departments, housing authorities and other community organizations instead of contracting with private companies to run mass vaccination sites. The companion program won’t help seniors whose families don’t have a car or time off to take a relative for a shot, the letter said. “In other words, the companion system is most likely to benefit residents who are white and affluent,” the legislators said.

The letter also said the companion program would put younger, healthy residents ahead of people over 65; those with two health conditions that put them at risk from Covid-19; and essential workers. People in those categories are waiting for their turn in Phase 2 of the state vaccination plan. Finally, the legislators said the companion program could endanger seniors 75 and older; after it was announced, offers to accompany people over 75 appeared on Facebook, Craigslist and “other social media,” the letter said.

Indeed, such ads were easy to find online. One on Craigslist on Thursday offered “to transport 75+ to vaccine site at any time anywhere” – for free.

Connolly elaborated on Friday, saying it’s true some hospitals were slow to use vaccine early on, but the administration didn’t provide clear expectations – “the entire vaccine rollout has been chaotic and remains so,” and some hospitals reportedly have canceled appointments. More important, he said, “this decision is going in exactly the wrong direction when it comes to delivering equity. We should be sending more vaccine doses to places that have trusted relationships with communities most impacted, such as Cambridge Health Alliance.”

As for the companion program, it might be justifiable when it involves a couple where one person is over 75 and the other just under, for example, Connolly said. “But as it stands, Gov. Baker’s current policy of a ‘buddy system’ has created a gray market and a general free-for-all that is bound to put the goal of equity even further out of reach,” he said.

Rep. Marjorie Decker of Cambridge also questioned the companion program. “While I realize that the goal is to increase incentives for vaccination and to make the process more efficient, this misses the mark when supply is an issue. Now people who are seriously ill, have other comorbidities or are frontline workers have to wait even longer,” she said in a daily coronavirus email update Thursday. Decker didn’t sign the other lawmakers’ letter; she wrote separately to Baker and Health and Human Services Secretary Marylou Sudders, she said.

The department did not know early Friday evening what its future allocation would be. Earlier, health officials expected to finish all the buildings by the end of next week, Johnston said.

In another development, Atrius Health, the state’s largest independent physician network, said Friday it got some vaccine from the state and began inviting patients 75 and older to make an appointment. Atrius, which includes Harvard Vanguard clinics in Cambridge and Somerville, told patients the supply is limited, demand high, and “we expect to fill all available appointments very soon.” Atrius will administer all shots at its clinics in Norwood and Boston’s Kenmore Square, the announcement to patients said. State officials have not said why Atrius, which has 40,000 patients 75 and older, didn’t get vaccine earlier.