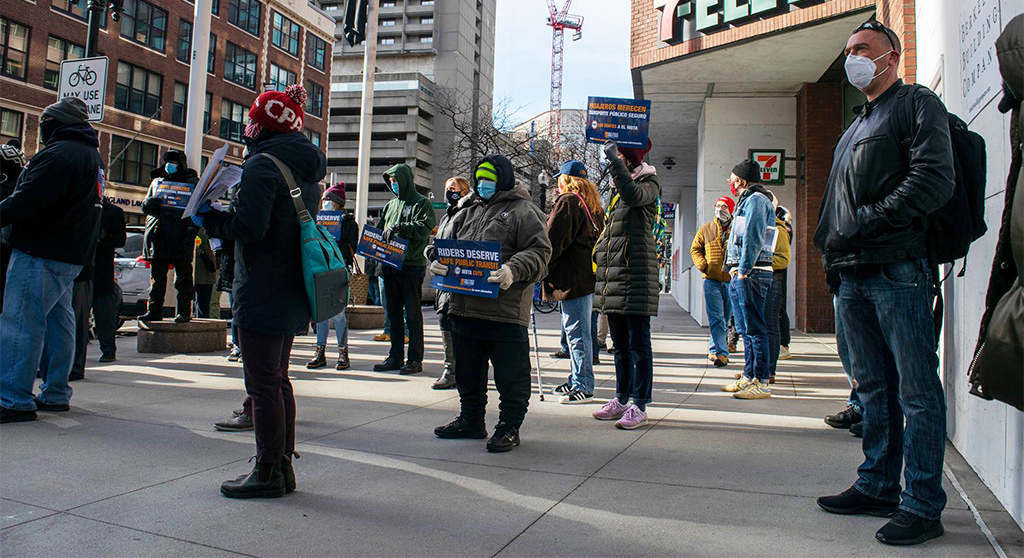 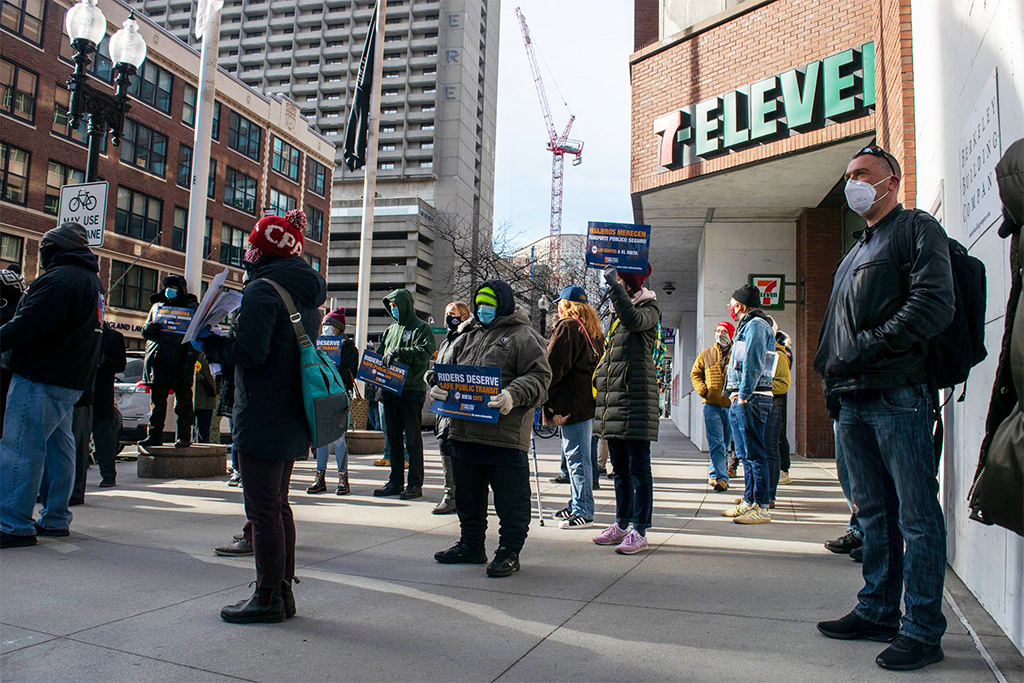 Opposition to MBTA service cuts continued to grow as national, state and local leaders joined a Friday online rally organized by Public Transit Public Good, a transit advocacy group – and there are signs it is having an effect.

Over the past three months, the agency cut service on ferries, subways and buses. It further plans to reduce commuter rail service in April.

Fury over the cuts grew after the passage of a third round of disaster relief, which will direct approximately $1 billion to the transit agency on top of $1 billion in aid already received. Originally intended to save between $128 million and $142 million, the already reduced cuts are now expected to save only $21 million. The underlying tone at the online rally was summed up as: “What’s the point?”

After fighting hard to secure additional relief public transit systems across the nation, Senator Elizabeth Warren expressed disappointment with the MBTA’s plans. “This is critical funding relief for our mass transit systems for operating expenses, payroll and protective equipment,” said Warren, implicitly criticizing the the Massachusetts Bay Transportation Authority plans to save federal relief funds to plug future budget holes instead of reinvesting them in the system now.

“Despite this infusion of funding, the MBTA forges ahead with these cuts without explanation. Public transit is a public good, and it will be an integral part of how we recover from this pandemic,” Congresswoman Katherine Clark said. “We call on the MBTA to reverse these cuts to ensure that we can rebuild an economy that is equitable and inclusive for all.”

The sentiment that public transit is a public good instead of a business driven by profit and loss was a common theme at the rally. “A reliable, affordable and an efficient public transportation system is central to this commonwealth’s health and economic recovery” from the coronavirus lockdown, said state Sen. Joseph A. Boncore, a chair of the state Legislature’s Joint Committee on Transportation.

The service reductions enacted so far led to overcrowded trains and buses that fly in the face of Covid-19 social distancing measures, Boncore said.

Cuts will be reviewed

MBTA leaders show signs of softening their stance. U.S. Rep. Stephen Lynch said he’d held private conversations with MBTA General Manager Steve Poftak on Thursday at which “the MBTA has announced that it now plans to immediately review all recent and planned service cuts with the intent of restoring full service.”

Poftak explained the softening stance in a subsequent Boston Globe interview. “Our approach evolved a bit, [from] how do we address a long-term structural deficit to how do we utilize the resources to get back to a 100 percent level of service on bus and subway?” Pokftak said.

The full scope of the rethinking is expected to be announced at the MBTA’s next Fiscal and Management Control Board, scheduled for Mar. 29. Those interested in watching the livestream can register to attend here.