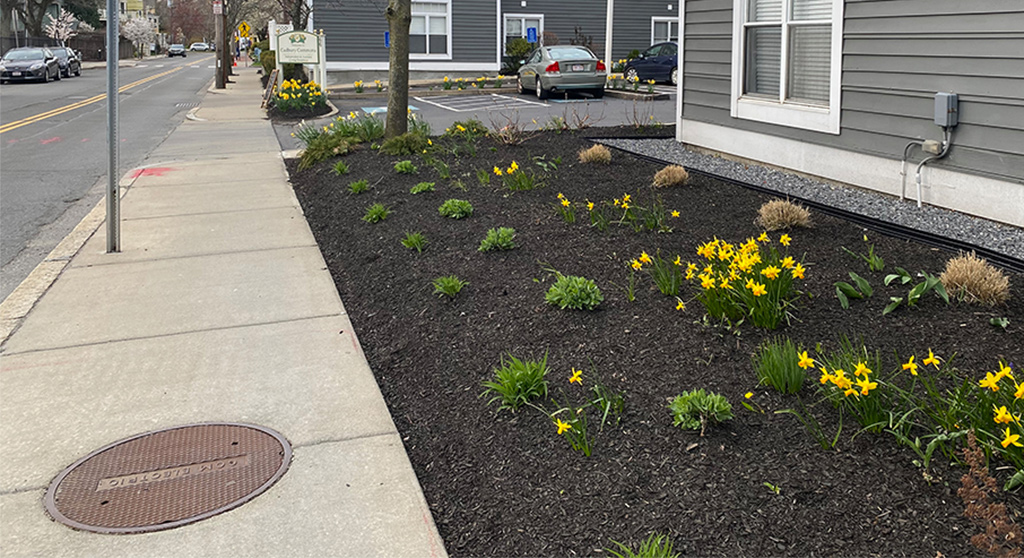 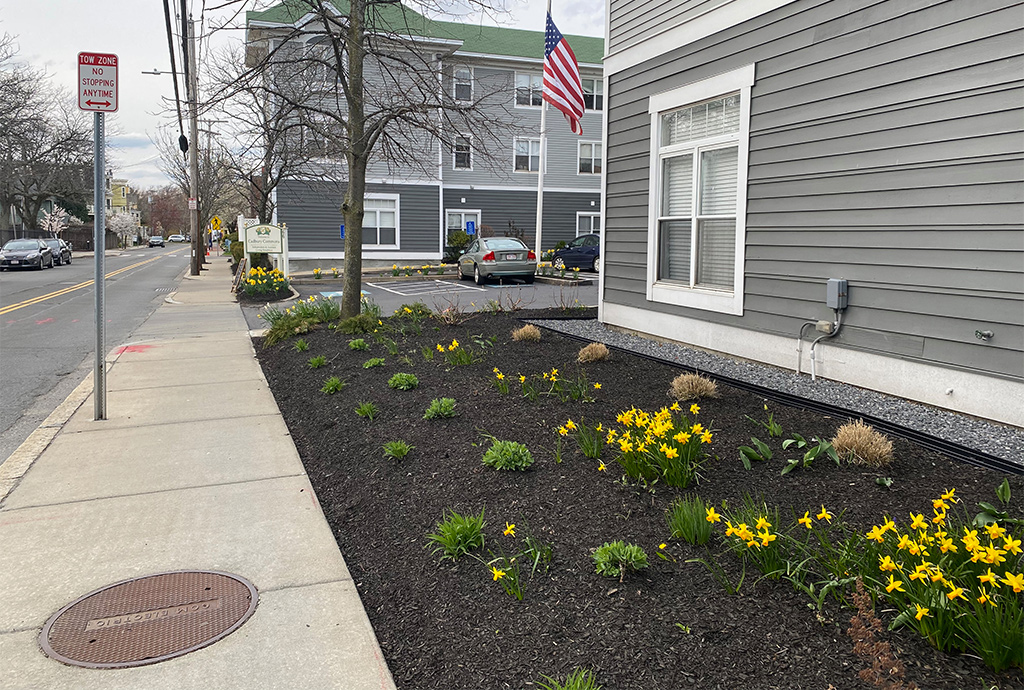 Access to sewers is seen outside Cadbury Commons, a senior living facility in Neighborhood 9 that saw coronavirus spikes early in the pandemic. (Photo: Marc Levy)

Amid rising Covid-19 cases in Cambridge, more than one-quarter of new infections in the city last week were students and others connected with the Massachusetts Institute of Technology who also live here, the head of the city’s public health department reported Monday. Chief public health officer Claude Jacob said of the 192 residents who tested positive between March 20 and March 27, “50 affiliated cases were over at the MIT campus.”

MIT also reported a surge in cases during the same period, and a spokeswoman said “a majority” of the infections were among graduate students at its Sloan business school. According to Jacob, the students were “gathering and traveling together.” There was a similar outbreak among Sloan students last November.

Overall, the institute reported 70 new Covid-19 infections last week. The university’s figures are higher than the city’s because Cambridge includes only students, staff and affiliates who live here.

The university moved all Sloan classes to virtual learning Thursday, and on Friday closed school facilities. It ordered all students to be tested Thursday and increase testing frequency to three times a week, spokeswoman Kimberly Allen said. The school continued to suspend in-person classes in two Sloan programs for all or part of this week, based on findings from testing and contact tracing, she said.

Allen emphasized that the institute’s percentage of positive tests remains low compared to the state and Cambridge and the university maintains “a good overall measure of health and safety.” She quoted institute officials in charge of student life and the medical center as saying the “vast majority of on-campus residents are doing their part by curtailing unsafe activities and following MIT guidelines.”

While the institute played a part in the rising caseload last week, Covid-19 variants pose a more fundamental danger, Jacob said. “Based on the information from the state Department of [Public] Health, the Centers for Disease Control and Prevention, the [city’s] Expert Advisory Panel, our department believes that the more transmissible B.1.1.7 variant is likely a factor in the rising infection rates in Cambridge and across the commonwealth,” Jacob said, referring to a variant first identified in Britain that “presents a significant threat to public health.”

One member of the city’s panel of scientists estimated that the British variant accounts for 30 percent of new cases statewide, he said. The CDC has named five “variants of concern” because they are more transmissible and/or may make vaccines less effective: B.1.1.7; B.1.351; P.1; B.1.427; and B.1.429.

Massachusetts has identified 441 cases of B.1.1.7; 16 cases of P.1; and nine cases of B.1.351, according to the Centers for Disease Control and Prevention; the numbers are undoubtedly higher because the state is genetically sequencing only about 1 percent of positive tests – the way to detect variants. Jacob said the state health department has told Cambridge there have been three cases of B.1.1.7 and two cases of B.1.351 among residents here.

The Centers for Disease Control and Prevention does not report numbers of cases for the other two variants of concern, but does report their percentage of cases genetically sequenced: B.1.427 and B.1.429 accounted for 1.5 percent of Massachusetts cases over February, the agency said. Notes from the latest meeting of the Expert Advisory Panel on March 23 highlighted another variant, B.1.426, classified as lower risk by the Centers for Disease Control and Prevention, but identified as a problem by a member of the panel. (Meeting notes no longer identify the person who made a statement).

The B.1.426 variant, first identified in New York City, “could increase rapidly (perhaps even outcompete B.1.1.7 through being able to re-infect),” the notes say.

The city can’t request genetic sequencing specifically for positive test samples from its residents, Jacob told councillors. But officials are considering joining an experiment that would test sewage samples from the city for variants, according to notes of the scientists’ panel.

The city already has a contract with Biobot, the company that analyzes Massachusetts Water Resources Authority sewage for Covid-19, to test the city’s wastewater for the virus. Biobot has begun looking for B.1.1.7, the most prevalent variant, and is offering the service to its customers, the notes of the meeting say. “CPHD staff has communicated our interest in participating in these experimental variant surveillance efforts and will consider the value of long-term commitment to their variant tracking efforts,” the notes say, referring to the Cambridge Public Health Department.

Sewage sampling could uncover other information apart from the coronavirus, according to the notes. Biobot “has agreed to include Cambridge” in a free trial of sewage surveillance for opioids, the notes say; they don’t say whether the city is going ahead with the experiment or when it will occur. The city could also have wastewater tested for “metabolic health,” an indicator for public health, the notes said.