‘Mortal Kombat’: Go in knowing it’s nonsense, come out wishing it had been fun nonsense 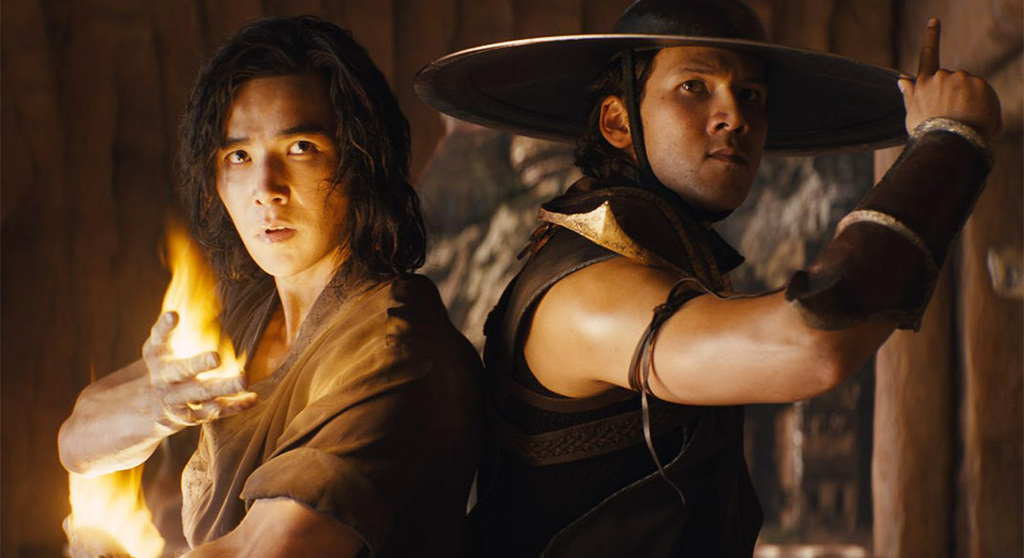 ‘Mortal Kombat’: Go in knowing it’s nonsense, come out wishing it had been fun nonsense

While it manages to outmaneuver many of its fellow video game-to-big screen adaptations, “Mortal Kombat” still doesn’t live up to the source material. First-time director Simon McQuoid is best when focused on sheer spectacle and action sequences, especially in an opening battle that should set the tone for the rest of the runtime, but flounders in every other aspect. It isn’t the complete lack of character depth or slapped-together plot points to string Part A to Part B that really stings, but a complete disinterest in creating something as bombastic, outlandish and, yes, as silly as the video game it’s based off of.

The story follows MMA fighter Cole Young (Lewis Tan), who is more used to taking a beating than coming out on top back in the ring. Soon he must leave his wife and daughter behind to seek out champions who will stand a chance against the enemies of Outworld in a battle for the universe. The script spends little time in trying to make sure we’re all caught up in understanding the different realms and limitations of this world – one man can conjure fire and another makes a “Magic Mike” joke, making it so that we can’t quite tell if this is a universe of our own or some alternative timeline.

The cast do the best they can with the thin characters they’re given, injecting just enough life and charisma to make us believe they’d decide to band together to save the world. Tan is serviceable as our leading man – if blank, as many leading do-gooders are – but gives off the air of a star waiting for the right project. What’s baffling is that his background in martial arts, while utilized, isn’t highlighted in sequences where they might’ve flourished. Jessica McNamee as Sonya and Mechad Brooks as Jax grow better as the story moves forward, when the get beyond the thankless job of having to verbalize the plot to the audience. Hiroyuki Sanada as Scorpion delivers the best performances, punctuated in two tremendous fight scenes in which the physicality is tangible and the punches land heavily.

There are individual moments in which every component comes together, but those moments can’t make up for what results in little more than a rough sketch of what this film might’ve been. The stakes are so often self-contained to the one-on-one fight sequences we see that we never truly get a sense of the greater danger that lingers beyond their training halls. And like so many of its action and/or series-building properties, “Mortal Kombat” is hindered by Hollywood’s preference for washed-out coloring, with stylized fights set against a drab and cement-colored backdrop and edited to disorienting effect. Between the cinematography by Germain McMicking and McQuoid’s direction, the sets were shot plainly and with no sense of scope, while the editing renders some of the more promising fight sequences choppy, substituting graphic bits of violence for real impact. I’d be curious to know who or what happened behind the scenes to strip the film of any vibrancy past the beautiful opening scene.

There does seem to be a well-meaning intent here to honor the games with one-liners (“Fatality!” “Flawless Victory!”) or character-specific finishing moves that fans who have scoured the Internet for combo moves will be thrilled to see come to life. It’s a shame that the intent didn’t pan out into something as exciting as it could’ve been.

Still, for fans of the games, the 1995 film adaptation or even its sequel, there will surely be something here that speaks to that interest – and the film isn’t without its little triumphs or splashes of talent. What was lacking was the right mind behind the project to take advantage of all the potential and dare to do something risky and silly, rather than allowing it to look like so many of the other action and fantasy films of the past decade. Can’t we imagine the sheer spectacle of the film in the hands of the Wachowskis?

A dumb movie can be good as long as it’s fun, and “Mortal Kombat” falters by never achieving that.