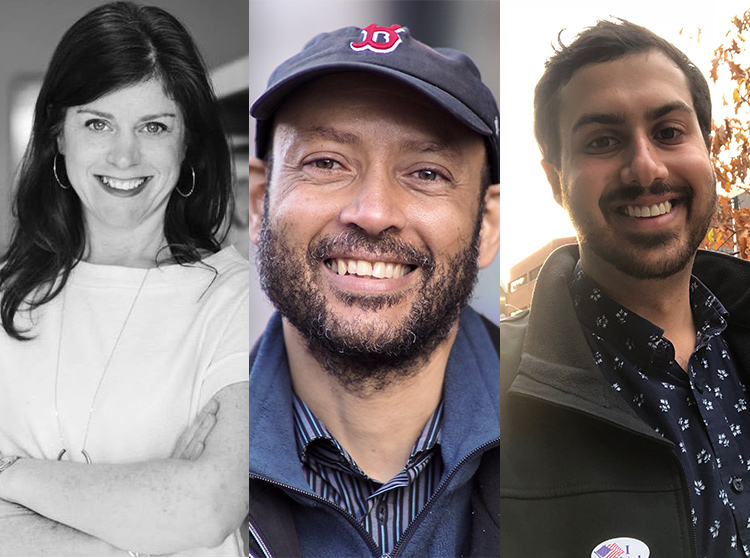 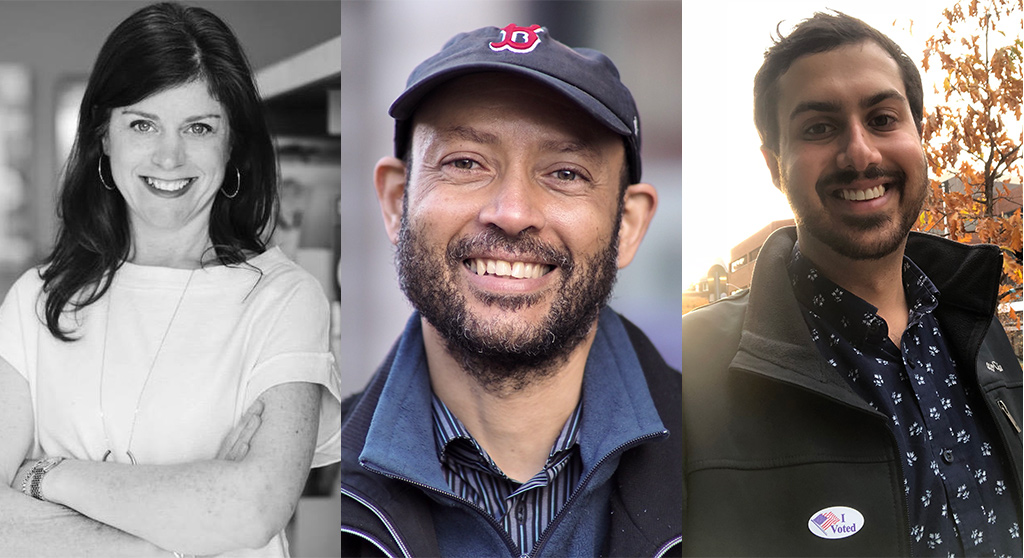 Images of vice mayor Alanna Mallon and city councillors Quinton Zondervan and Jivan Sobrinho-Wheeler from their campaigns and campaign materials.

Sobrinho-Wheeler held a virtual launch Thursday and Zondervan has scheduled one for May 14, following up on a tweeted announcement in February. Mallon asked supporters to “stay tuned for a kickoff event” while considering a donation to her campaign in the meantime. Mallon and Zondervan are each seeking a third term in office.

“If you had asked me in November 2019 what the focus of my second term would be, mitigating the effects of a global pandemic would not have been on my list,” Mallon said. “The past 14 months have been incredibly challenging, and while Covid-19 has taken a devastating toll on our community, it’s been the privilege of my elected life to serve during these unprecedented times.”

Mallon entered municipal politics from a background of feeding hungry kids via a weekend backpack program, and her announcement underlined how that work extended into her time in office – particularly during the pandemic, after schools closed in March 2020. “On Friday, the city locked down. But on Monday, myself and a team of dedicated school food and nutrition team members, custodians and volunteers were in our schools serving meals. From March to June, we served over 70,000 meals, never missing a single day,” she said. Other work noted in her email included handing out books, delivering diapers, and working on a test of a guaranteed income program and to ensure grant funding for the arts, small businesses and nonprofits.

Sobrinho-Wheeler and Zondervan – frequent allies on the council – focused in their announcements on “racial equity, housing justice and bold climate action” in Zondervan’s words and on “residents being priced out of their homes, routine public transit failures and increased traffic, and the ever-present threat of climate change” in Sobrinho-Wheeler’s.

While the councillors declaring this week are early, they are not the first: Marc McGovern announced his run for a fifth council term in April.

Nomination papers for the Nov. 2 municipal elections don’t become available until July, and are usually due back at the end of that month; 50 confirmed signatures qualifies a resident to run. The past election saw 23 people run for council (including eight of nine incumbents), dropping to 22 by the time of balloting, and 11 for School Committee (including three of six incumbents).

There are already two challengers for council seats from champions of the business community in Theodora Skeadas and Nicola Williams, and a half-dozen others have filed with the state to lay the groundwork for potential campaigns. Several others are rumored to be running as well, from former officeholders seeking a comeback to restaurateurs and local lawyers and developers.

This post was updated May 7, 2021, with a note that Marc McGovern announced his reelection campaign in April; and that Quinton Zondervan tweeted his intention to run in February.