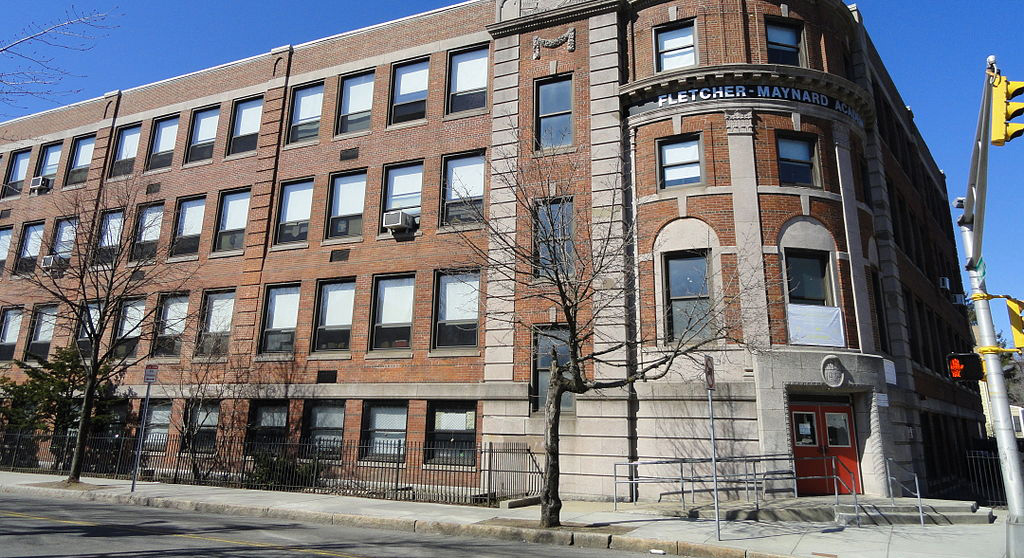 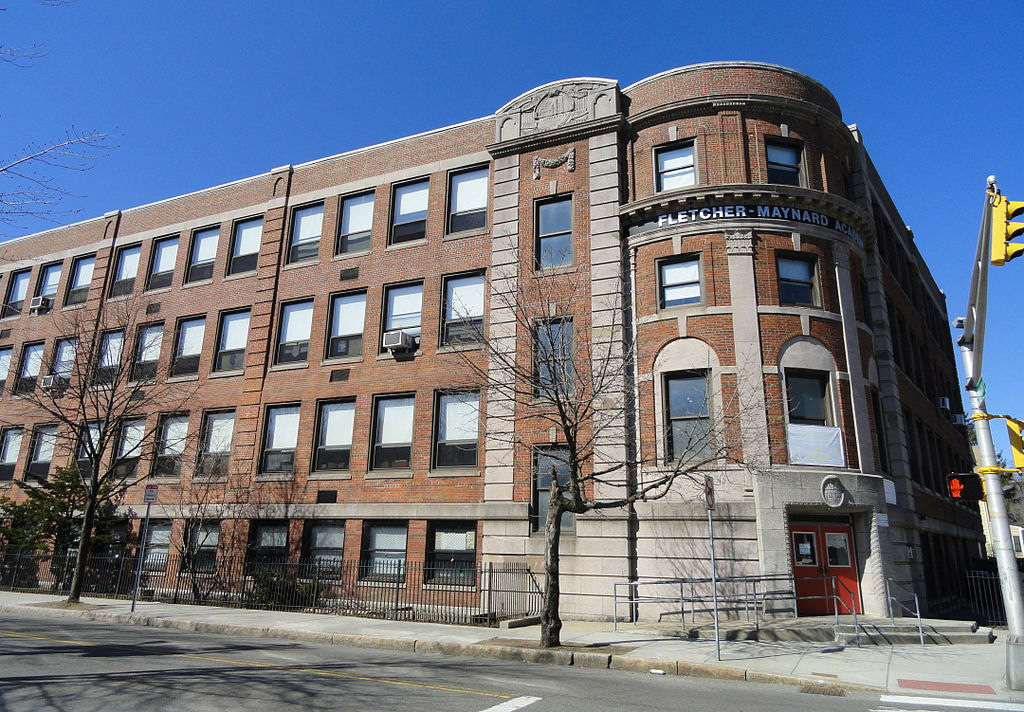 The Fletcher Maynard Academy in The Port neighborhood is among schools to be assessed for improvement and expansion. (Photo: Daderot via Wikimedia Commons)

The city will undertake a $1 million study over at least the next year on how to refresh and expand its aging elementary schools, though doubt was cast Monday that the improvements will be on as grand a scale as what’s been seen on recent campus projects.

“We have done three schools completely over, and if you do a fourth it will be difficult to keep up. So do we take a different approach?” City Manager Louis A. DePasquale said in comments to the City Council. “It may be a time to look at a different approach where you’re taking on two or three schools with a smaller amount” of financing and change.

Still, staff were reminded immediately of needs that can raise project prices: to move away from school utilities relying on fossil fuels, add space for pre-kindergarteners and keep in mind construction that takes into account a number of different needs, from the cosmetic to the psychological.

The Fletcher Maynard Academy in The Port neighborhood and Kennedy-Longfellow School in East Cambridge “definitely need to be addressed first. They serve the most amount of our low-income kids and K-Lo has had an intense amount of wear on it,” having served as swing space while the district’s upper schools have been emptied in turn and rebuilt, vice mayor Alanna Mallon said. “FMA serves a tremendous amount of our kids who are on the autism disorder spectrum. When we think about equity, it can’t just be socioeconomic.”

As staff began pricing out the Tobin project in 2017, DePasquale was already signaling financial concern, warning that the city might reach a debt limit at which residents would have to pay for projects though property tax increases approved in ballot referendums.

Similar warnings were issued at least as far back as 2013, though, when Robert W. Healy was still city manager.

With the council approving the study and its expense, the city will now select a vendor to assess every school in the system that hasn’t already been rebuilt in the past 10 years, said David Kale, assistant city manager for fiscal affairs, and James Maloney, chief operating officer of Cambridge Public Schools. That list includes the King schools and the high school, as well as the Tobin and Vassal Lane project just getting underway.

There have been school building assessments in the past, including a recent look by a group at the Massachusetts Institute of Technology, and what Maloney called “a very cursory review” by the state that confirmed the district’s own findings about which schools were in the worst shape.

They’re the same ones identified at the creation of the Innovation Agenda, which broke up the district’s K-8 schools into a model with middle schools, and resulted from work done by a School Committee “Facilities Team” that was reported in December 2010 – when councillors Marc McGovern and Patty Nolan were on the School Committee.

The team recommended major renovation or new construction as possible over the next several years for the Graham & Parks, Kennedy-Longfellow, King/Amigos, King Open and Tobin schools, and for the district offices — which were in rented space for three decades — to be relocated to the former Graham & Parks building on Upton Street. (Instead, the central administration moved in 2019 to the new King Open/Cambridge Street Upper School complex.) Planning and construction of the other schools would “occur at regular intervals of two years assuming funding is available,” the team wrote.

Before that had come an outside review in the early 2000s. But “we look at this as being a much more in-depth study than anything we’ve done,” Maloney said of the upcoming work.

While acknowledging budgetary concerns, councillors urged staff toward a goal of making even district schools built more than 50 years ago “equal in quality” to the newest projects. “Now, obviously three new, impressive schools are going to be hard to match. But we have to try to be as close to that as possible,” councillor Dennis Carlone said.

Enrollment trends are expected to be a major factor in the assessments. The last long-range projections were done with a consultant several years ago, and the district has faced significant, ongoing enrollment pressure that “we have reason to believe” will continue, Maloney said, “when you look at the [residential] projects that are underway in the city.” The district has already seen an uptick in registrations and returns since the spring coronavirus vaccine rollout, and councillors reminded staff that pre-kindergarten needs also have to be considered.

“That can be looked at as well,” Maloney said.

With growing demands in a number of landlocked schools with small footprints, Carlone pointed to an urban space solution Cambridge hasn’t used yet: putting gym space on school rooftops.