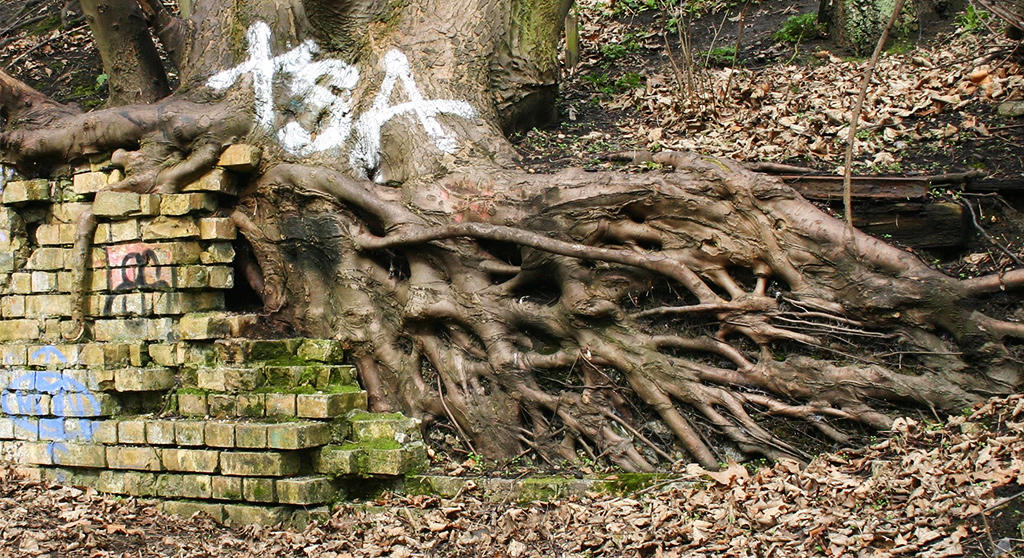 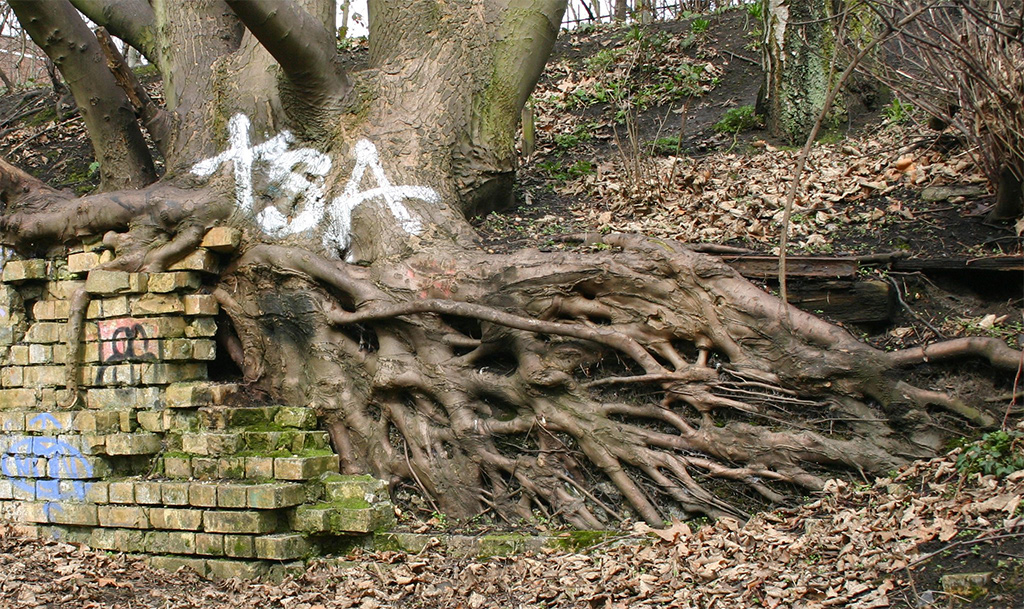 A tree’s root system is revealed after a wall falls away. (Photo: Tom Page via Flickr)

City councillors voted unanimously in May 2009 to recognize the climate emergency, and asked the city manager to respond appropriately.

Since then we’ve come to understand, as we didn’t at the time, that the impacts and risks of climate change are here and now, not just in other places and off in the future. This summer we’ve felt the heat and the heavy rain in Massachusetts and followed news of drought and wildfires in the West and floods in Europe and China.

You don’t need to be a scientist to sense the trend toward worse things to come. Just surviving and coping are more pressing concerns than they were a dozen years ago, what we then called “adaptation.” We wonder how people, especially the vulnerable, children and elderly, will survive the longer heat spells and hot nights, and how we can reduce the risks and extent of future floods that threaten everyone.

We have also seen in the past few years that we are rapidly losing the trees that are the most effective multifunction technology for protecting us from climate hazards.

Their shade offers shelter from hot sunlight; they pump water from the soil into the atmosphere, cooling the air in the process; and they capture heat-trapping carbon dioxide from the atmosphere and store the carbon in their wood. They even work to control flooding. If they were inventions and could be patented, they would be a huge business, and Jeff Bezos might be cavorting in tall trees instead of joy-riding in the upper atmosphere.

But as our need for them increases, Cambridge’s trees are in decline. The large old ones are succumbing to development and the effects of abuse, disease and age while too few of the new ones survive and thrive. Their decline is documented in the city’s Urban Forest Master Plan study.

Trees are our strong allies against climate change, and they need our help. Planting and caring for more trees are necessary steps, but not enough to reverse the losses.

The problem is not that we don’t want to save our trees, but that we don’t understand what they need to thrive. They are as inscrutable to us as the coronavirus we first thought was spread by contact. They are slow, silent and work in ways we can’t observe directly. And common misunderstandings about them lead us astray.

One mistaken understanding is that trees produce their invisible benefits in proportion to their diameter, that two 3-inch trees are as beneficial as one 6-inch tree. This misunderstanding is institutionalized in Cambridge’s Tree Protection Ordinance, which requires replacement trees to be of the same total diameter as trees that are removed.

When this replacement formula is used, it shortchanges us: The canopy spread and ecosystem benefits of a 6-inch tree far exceed those of two 3-inch ones. And it misleads us to undervalue the benefits of large trees, in terms of evapotranspiration, cooling, water retention and carbon capture.

Another common misunderstanding is that trees are solitary beings that grow and develop on their own, independently. In fact the new book by forest scientist Suzanne Simard, “Finding the Mother Tree,” shows that trees communicate and share resources with one another through their roots and air, that large, old trees nurture small ones, and that small ones depend on large ones to reach their potential.

Cambridge’s trees, our valuable allies against climate change, are in trouble, and need help urgently that only we can provide. We are trying but failing because we don’t understand them. We need to see them as a system, an interdependent community, in which the old, large trees play a critical role. And we need to value these “mother trees” much more highly than we do. We can’t replace them, and the system can break down without them.

In the spring last year, Cambridge heeded science and paused all construction projects to protect public health and keep our health care system from breaking down. Shouldn’t we be willing, now, if we understand the science, to pause and adjust construction projects at the Tobin School, Jefferson Park and the Volpe site to save mature trees to protect environmental health and keep Cambridge’s urban forest from collapsing? The trees planned for removal are irreplaceable, and we need them.

John Pitkin is a climate activist. He was a leading proponent of the City Council’s 2009 Climate Emergency resolution and organizer of the 2009 Cambridge Climate Congress.