Rally against gun violence set for 5 p.m. Monday, alongside one addressing environmental issues

Rally against gun violence set for 5 p.m. Monday, alongside one addressing environmental issues 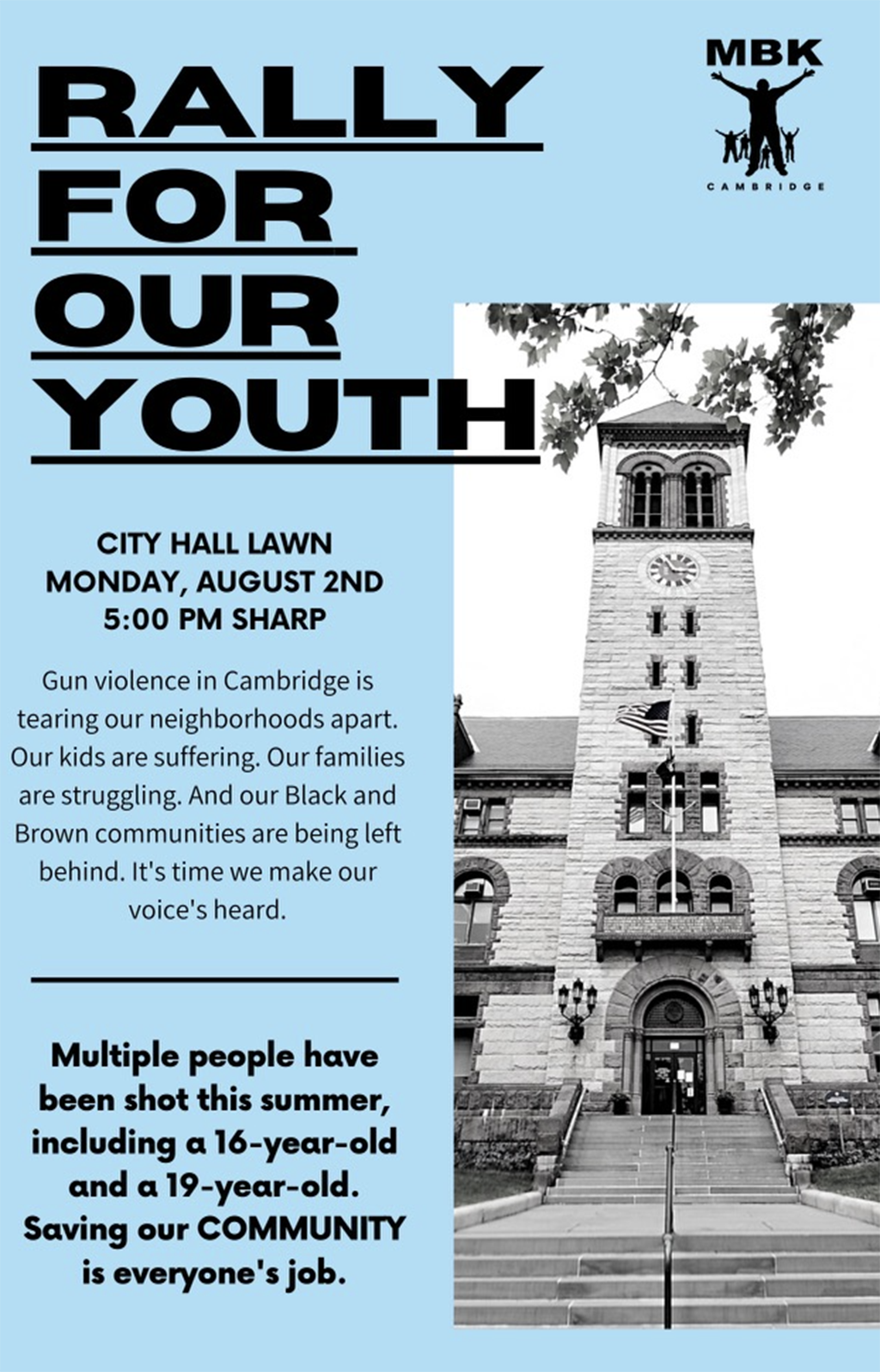 A Rally for Our Youth is planned for 5 p.m. Monday at City Hall to raise awareness of the city’s increased gun violence.

The event is sponsored by the My Brother’s Keeper, Cambridge, Task Force in collaboration with individual community members, organizers said. It is happening at the same time and place as a Rally for Cambridge Trees, but MBK “is not co-sponsoring the event with other community-based organizations or community working groups,” organizers said in a Monday email.

The lawn at City Hall is a standard place for people to rally ahead of City Council discussions on a topic. Monday is the only council meeting of the summer, and the agenda includes orders about both tree protections and a recent spate of gun violence in The Port.

“Our community has sadly buried two of its youngest and most vulnerable community members this year as a result of gun violence, which we deem to be a public health crisis. MBK, Cambridge, believes a resource-rich city like Cambridge can mitigate and solve this crisis by implementing a series of intentional, strategic frameworks,” anti-violence organizers said.

Gun violence is disproportionately affecting the 16- to 30-year-old population in Cambridge, and frequent shootings being perceived as routine, they said. “This rally strives to initiate the most important conversation that needs to be had in the City of Cambridge. The depths of poverty and trauma know no bounds, and violence is the byproduct. Not naming the problem will never mask the fact that the problem exists,” Ty Bellitti said.

The group made proposals against the violence in a recent letter to the editor.