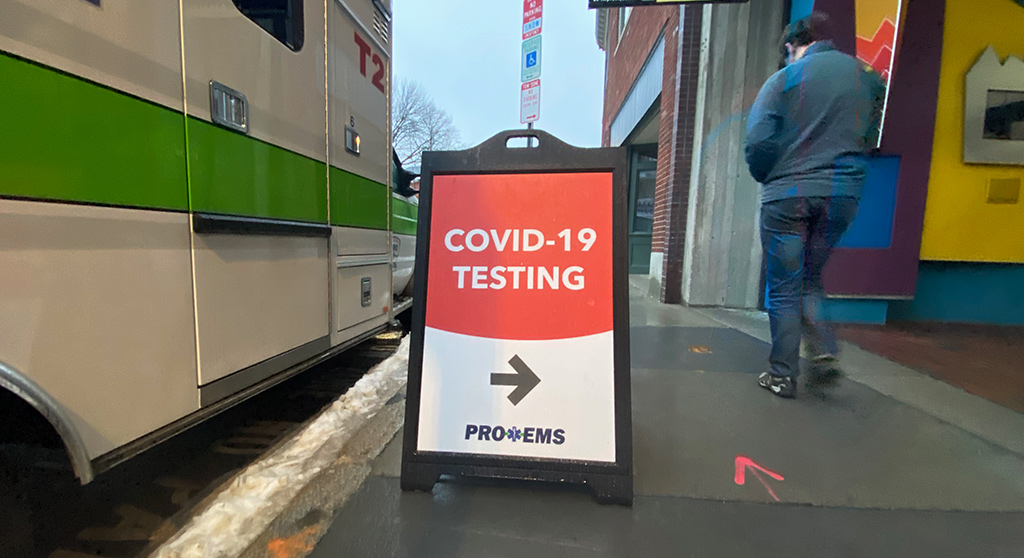 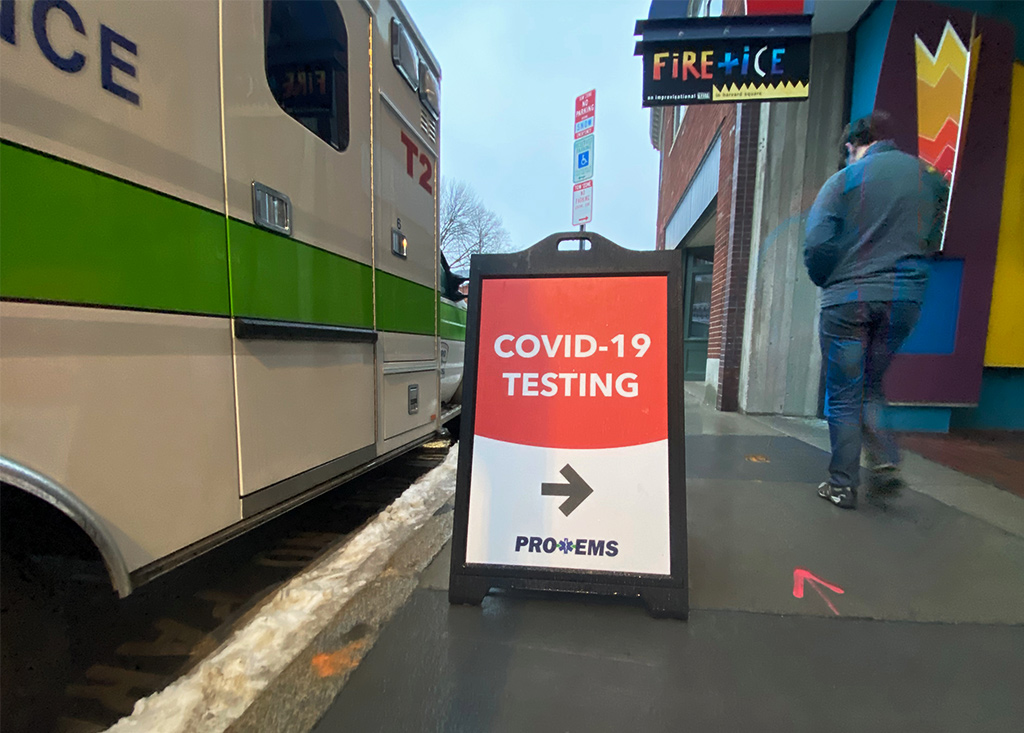 Covid testing has returned to the Church Street location in Harvard Square that hosted a test site during the winter. (Photo: Marc Levy)

The number of breakthrough Covid-19 cases in Cambridge – people who became infected despite being fully vaccinated – has increased sharply in recent weeks, with two-thirds of total breakthroughs this year occurring in July and early August, according to figures from the Cambridge Public Health Department. The department said 107 of the total 160 breakthrough cases in 2021 came from July 1 through Aug. 3.

Another disclosure highlighted the danger to children under 12, who cannot get the vaccine. The department said a cluster of 32 recent cases is probably linked to a Cambridge summer program for kids at which 20 students under 12 tested positive. Another three cases were staff and interns, and nine occurred in household contacts of students and staff.

The department didn’t identify the program. It said students and staff followed all recommended Covid-19 precautions. The highly infectious delta variant, which now accounts for an estimated 83 percent of cases in Massachusetts, was identified in “several” cases at the summer program, the department said.

Another 10 new cases in Cambridge were linked to a Provincetown Covid-19 outbreak over the Fourth of July, officials said. That cluster sparked by holiday celebrations spread to hundreds of people nationwide and focused attention on breakthrough cases because a majority of the infected people had been fully vaccinated. Cambridge’s health department didn’t say whether any of the 10 Cambridge residents had been inoculated.

The disclosures were provided in answer to questions from Cambridge Day. The health department has not been presenting weekly Covid-19 reports to the City Council as it did before the summer recess, although it continues to post detailed daily and weekly figures on cases, new infections, cases in different age and demographic groups and testing, among other items. Overall, 276 residents tested positive between July 1 and Aug. 3, including the 107 breakthrough cases.

The health department said it knows of no fully vaccinated people who were hospitalized; one unvaccinated resident was admitted to a hospital. The department has recommended that all residents, vaccinated or not, mask up when indoors outside of their home and has made more detailed recommendations here.

The city also added a third day of free Covid-19 tests at at 50 Church St., Harvard Square every Sunday from 2 to 6 p.m. Lines at the site stretched for more than two blocks on Sunday, the first day tests were resumed, reminiscent of the situation during the winter surge. Tests are also available Mondays from 4 to 8 p.m. and Thursdays from 11 a.m. to 3 p.m. on the second floor of the CambridgeSide mall, 100 CambridgeSide Place, East Cambridge.

The city’s Expert Advisory Panel of scientists disbanded in early June. The group sent final recommendations to the city, but officials have refused to make the document public. The city’s law office said the advice is exempt from disclosure because it is “a topic of current ongoing internal policy deliberation by the City of Cambridge.”

While the group met, the city posted meeting minutes on its website, revealing that city officials sometimes didn’t follow the panel’s recommendations, especially when it came to allowing indoor dining at restaurants during the pandemic.

Meanwhile, the number of Covid-19 cases among Cambridge residents began rising last month and appears to have reached a plateau in the past two weeks, although a relatively high one. The case rate as measured by the state Department of Public Health in its most recent weekly report Thursday put Cambridge in an unaccustomed negative light compared with some other communities that have fewer financial and social advantages.

For example, Cambridge’s two-week average was 10.4 new cases per 100,000 population, higher than in the former “hot spot” communities of Chelsea and Everett. As for vaccinations, 78 percent of Chelsea residents had received at least one shot, compared with 74 percent in Cambridge, and the two cities had an equal 67 percent of residents fully vaccinated.