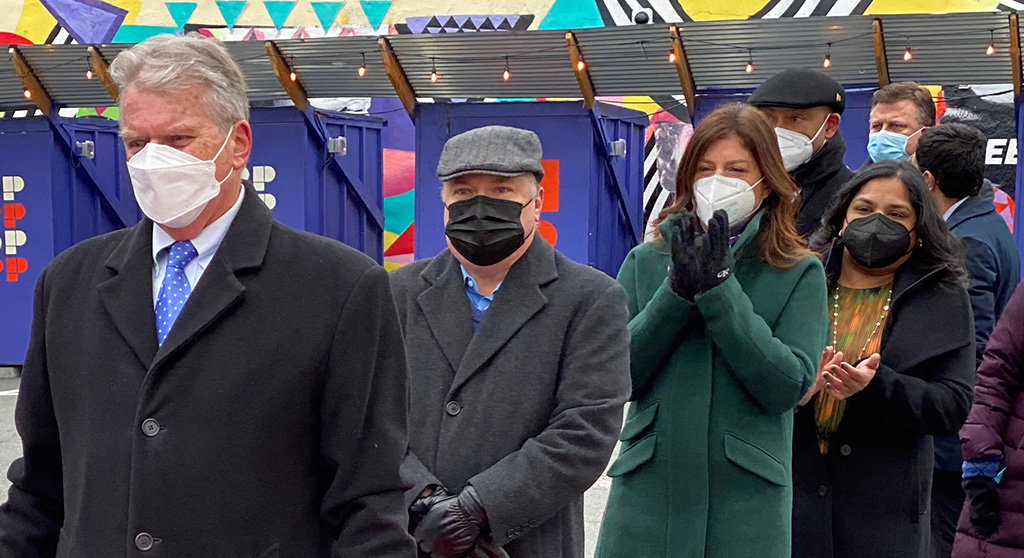 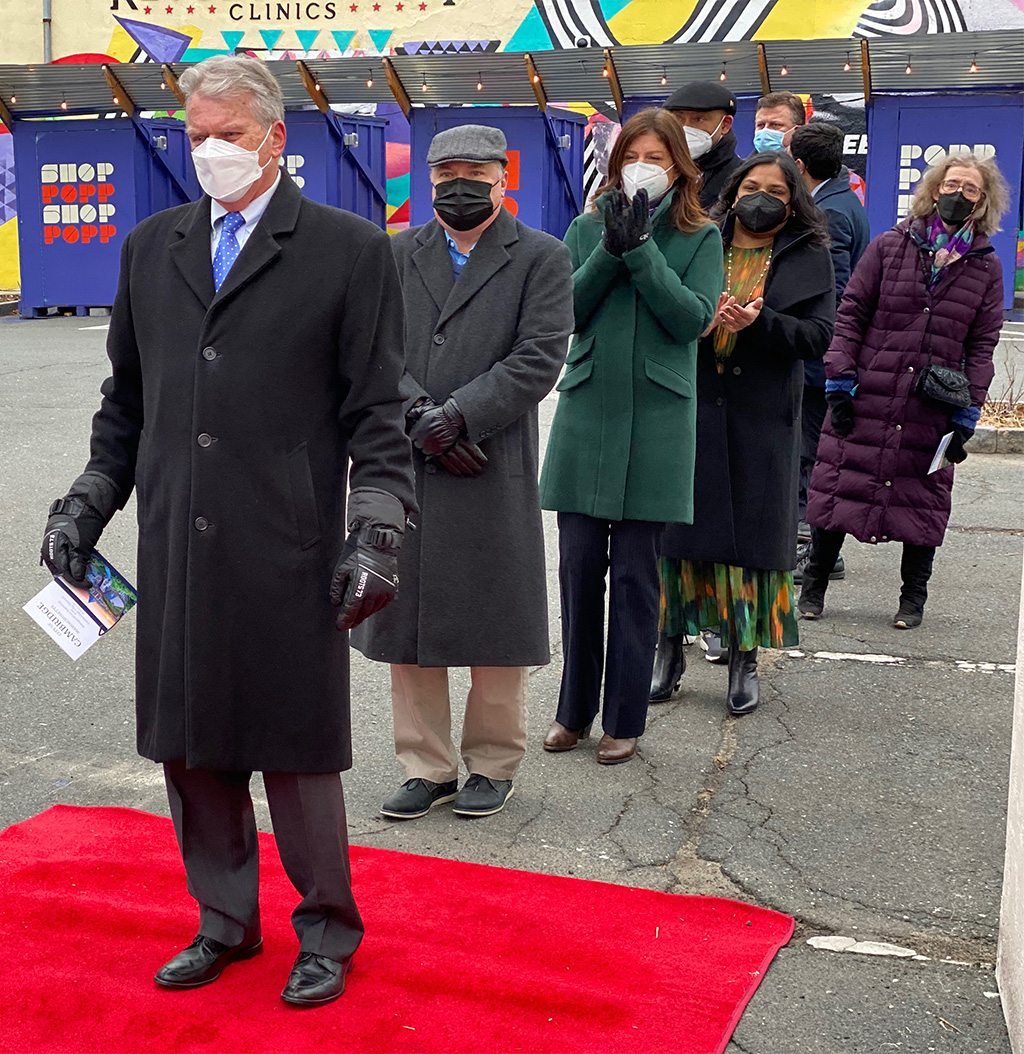 Councillors who were sworn into office masked Jan. 3 will soon be in a city without a mask mandate for the first time in months. (Photo: Marc Levy)

City officials are trying to deal with sudden and drastic changes in federal guidelines for assessing risk of Covid-19 transmission in counties at the same time they plan to eliminate the indoor mask mandate as of March 14. The combination left city councillors without a clear explanation Monday for decisions on mask requirements.

“You know, we’re extending two weeks past the end of February, and then a couple of weeks after that for municipal buildings, and people don’t understand why we’re doing it. We’ve got to provide people with information as to why we’re making the decisions we’re making, whether they agree with it or not,” McGovern said.

He and other councillors didn’t get the answers they have sought since the council approved last September an order to see the “metrics” being used by the city for its decision-making. Instead, chief public health officer Derrick Neal said the city is moving cautiously partly because “we’re looking at what is it going to look like 10 days from now, because we know a lot of our kiddos travel during spring break.”

Neal said the public health department also wants time to develop “more tailored guidance to residents” about individual decisions to mask or not after the federal government’s changes. The new guidance leaves decisions on masking up to individuals, in many cases. And Dawn Baxter, a spokesperson for the health department, emphasized that dropping the mandate doesn’t mean eliminating masks. “Many people will still choose to wear masks in certain places and situations after the mask requirement ends, and we encourage people who feel more comfortable wearing a mask based on their individual risk to do so,” Baxter said in an email.

The city has been under a strict mask mandate since Oct. 2, but announced Feb. 23 that it would be lifted at the five-month mark.

Illustrating the volatility of the infection rate, the city’s case count rose sharply on Tuesday, the day after schoolchildren returned to classes from a break. There were 83 additional cases of the virus and one death, bringing the total to 142 deaths.

The city’s case rate has plateaued at a relatively high level after falling from the omicron peak in early January, partly because of more infections in the second half of February among residents who work or study at universities and colleges, Neal said. Harvard University reported a high number of tests and cases on Feb. 22, the day students and others returned to campus after the President’s Day holiday weekend.

The university announced Monday that it will keep its mask mandate in place for now but could change that, and that it will update its guidance before March 13. The university will allow fully vaccinated and boosted faculty to teach without a mask this spring with permission of its various schools, the announcement said. Harvard has also eliminated its requirement that students infected with Covid isolate in special campus housing.

Before the Centers for Disease Control and Prevention issued its new guidelines Friday, Middlesex County and Cambridge were in the high-risk category for Covid-19 transmission because of high rates of new cases. Overnight, Middlesex County became a low-risk area, apparently because new cases fell below 200 a week per 100,000 population and hospital capacity was adequate. The CDC does not rate cities, but Cambridge entered the medium-risk category because new cases exceeded 200 a week, chief epidemiologist Anna Kaplan said.

The CDC also considers new hospital admissions for Covid-19 and percent of beds occupied by Covid patients, but that doesn’t apply if an area has more than 200 new cases, Kaplan said. Cambridge Health Alliance spokesperson David Cecere said the number of Covid patients hospitalized has dropped but “our inpatient services continue to be very busy, as is common at this time of year.” Mount Auburn Hospital has adequate capacity, a spokesperson said.

The new CDC guidance urges residents in medium-risk areas to consult their doctors about masking and other precautions if they are at high risk from Covid-19 and “consider” wearing a mask indoors if they have contact with people in danger of severe illness from the virus. Kaplan said the new recommendations include “a huge limitation” because of the “personal responsibility” they put on individuals. The health department is trying to “fill that gap to help people understand what makes sense for their loved ones and for themselves,” she said.

She said the federal guidelines go “a step in a good direction” by assessing “the severity of disease” but observed: “I wouldn’t say that there’s confirmed consensus in the community of epidemiologists that everything about the new guidelines are a plus.”

Health officials seemed most interested in defending their decision to delay dropping the mandate, rather than explaining why they don’t wait longer. Dr. Lisa Dobberteen, chief medical officer of the Cambridge Public Health Department, said that although the CDC risk parameters have changed, “it doesn’t change the fact that the case rate in Cambridge is still significant.”

Cambridge also is densely populated, has “many multigenerational households,” children under 5 who can’t be vaccinated and people who haven’t gotten a booster, Dobberteen said. “We still have a ways to go. And we still need to be mindful and careful. And even after the 13th there may be times when many folks would be much more comfortable wearing masks indoors.”

The schools have not announced changes in masking requirements. A study released Monday showed that the Pfizer vaccine, the only one approved for children from 5 to 11, was strikingly less effective against infection in that age group than in adolescents. The same pattern occurred for hospitalizations although overall performance at preventing hospitalization was better. The study, which has not been peer-reviewed, was performed during the omicron surge.