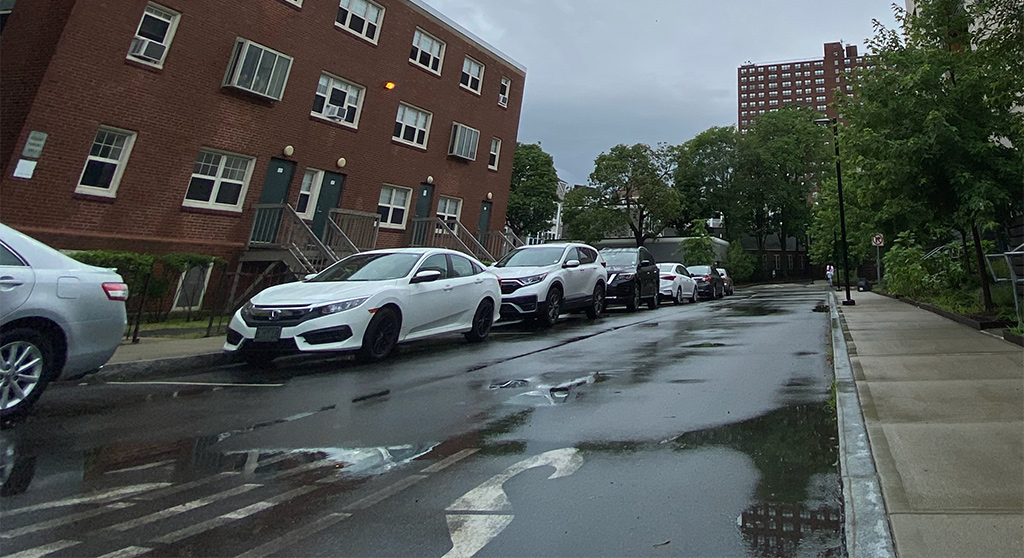 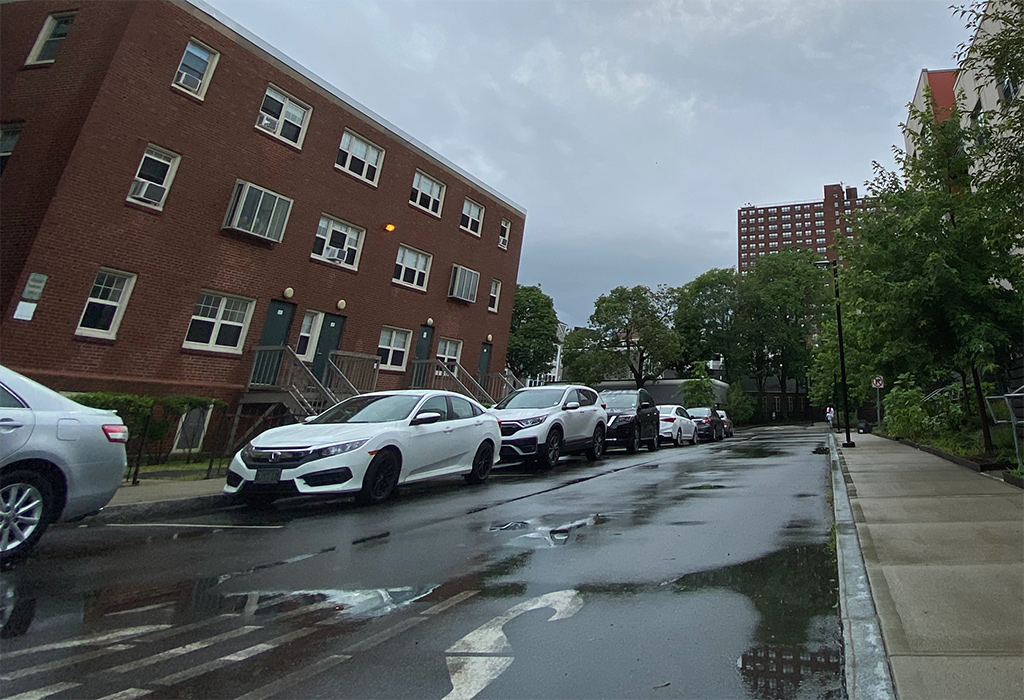 After a July rain at the Jefferson Park housing project in North Cambridge. (Photo: Marc Levy)

Cambridge was considered high-risk a year ago; had two cases in 2019 as compared with one in the entire rest of the state; and in 2018 was part of the highest number of cases ever recorded in the state in a single year. The season peaks in August and September, according to the city’s public health department, but Cambridge has had to watch out well into past Octobers.

Heavy rains this summer have increased the population of mosquitoes that cause most human infections for the virus through bites, city department officials said in a post dated Friday.

No human cases of West Nile virus have been reported so far this season in Massachusetts, but state health officials reported Thursday that a mosquito sample in Cambridge has tested positive for the virus.

Positive mosquito samples have also been detected in Arlington, Belmont, Boston, Medford, Quincy, Waltham and Watertown. So far the risk of West Nile virus infection in Cambridge remains “moderate” as of July 29, according to the Massachusetts Department of Public Health.

The East Middlesex Mosquito Control Project has larvicided more than 6,700 storm drains on city streets in Cambridge to kill mosquito larvae before they can grow to adulthood, and a second round of treatment will be completed this month, city department officials said. Harvard and MIT have treated storm drains on their campuses, and the control project crew has visited Cambridge wetlands areas multiple times this summer to apply larvicide “as needed.”

The Cambridge Public Health Department recommends that residents take their own precautions to avoid mosquito bites by getting rid of standing water on their property, including in containers and gutters.

Most human West Nile virus infections are mild with no symptoms, but a small number of people become very sick with encephalitis or meningitis. People over 50, and those with weakened immune systems, are at greatest risk for severe illness – starting with fever and flulike illness and extending to headache, high fever, neck stiffness, stupor, tremors, muscle weakness and paralysis.