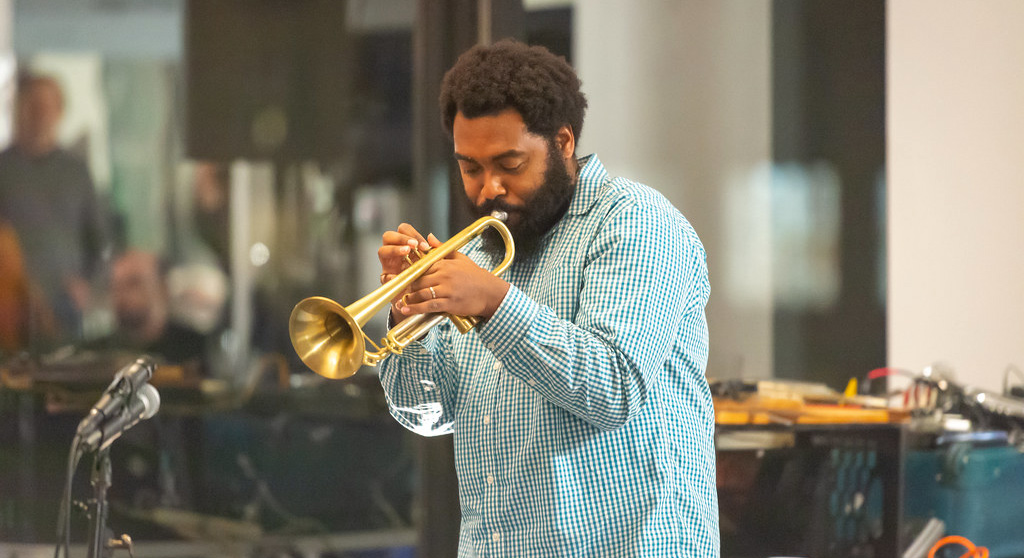 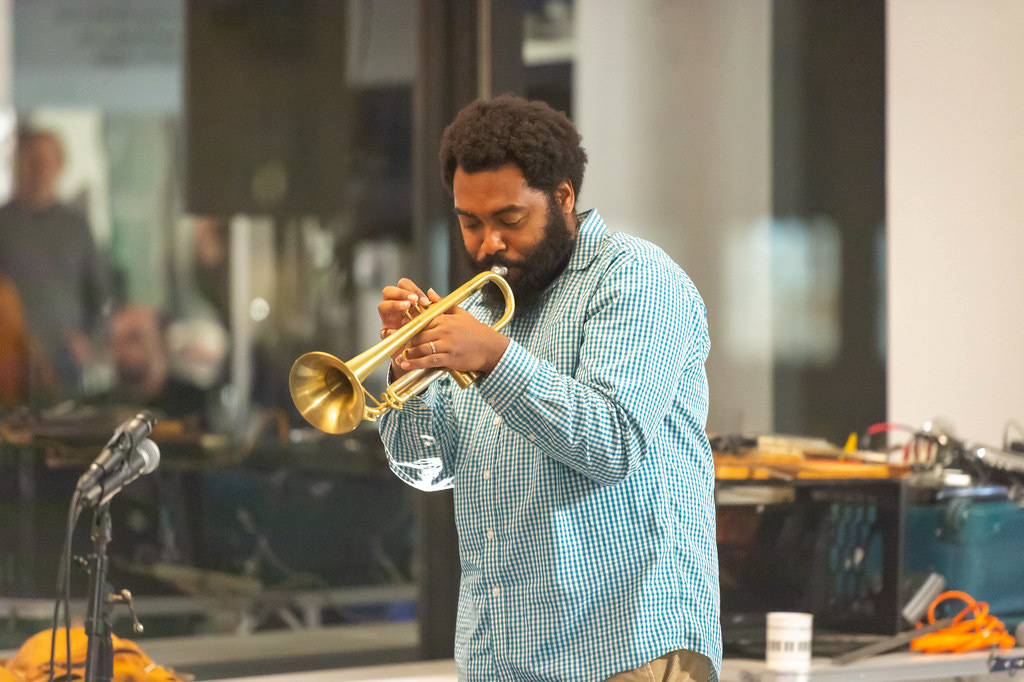 Forbes Graham is among the performers at an Aug. 28 concert planned for Somerville’s The Center for Arts at the Armory. (Photo: Creative Music Series via Facebook)

Fans of jazz and free-form music continue to be well served by the Creative Music Series and organizer Alex Lemski, which has a few upcoming dates and events to be aware of.

First is an Aug. 28 concert by Forbes Graham, Syd Smart and Jacob William. Graham is a composer, musician and sound and visual artist – as well as creator of “Beyond/Apex,” a podcast on contemporary and experimental music – playing trumpet and working a laptop; Smart is a Lesley-educated percussionist who has taught music in Cambridge Public Schools; William, on bass, attended the New England Conservatory of Music and Berklee. The show’s at 8 p.m. at the The Center for Arts at the Armory, 191 Highland Ave., Somerville, and tickets are $10.

The Creative Music Series is at The Lilypad as of Sept. 10, when the five-member New Language Collaborative plays with multi-instrumentalist Daniel Carter, who’s been active in the New York City scene since the early 1970s. “Spanning several generations, and covering a truly orchestral range of sounds and dynamics, the players are as strong and idiosyncratic as they are flexible and deeply in tune with each other and the music,” according to series notes. The show’s at 8 p.m. at Lilypad, 1353 Cambridge St., Inman Square, and tickets are $20.

The series final, free outdoor concert of the season is Sept. 18, featuring Eric Dahlman and the JDME Quartet. “They incorporate ideas and sounds taken from contemporary music that doesn’t fit on the same stage necessarily as ‘traditional’ avant-garde” music, according to series notes. The quartet roves all over, and even “combines and breaks apart elements of Chinese and other ethnic folk, free jazz, modern classical with occasional electro acoustic ambient soundscapes dappled with percussion, electronics, field recordings and ethnic folk.” Dahlman has performed with Hal Russell and his NRG Ensemble, The Aardvark Jazz Orchestra, The Travis Chandler Philharmonic, Auddity, Rakalam Bob Moses and others, and appeared on Fugazi drummer Brendan Canty’s Discovery Channel soundtrack, “Bridges.” He’s studied at Harvard and recently performed at MIT with the PEK Orchestra. The show’s at 4 p.m. at Grand Union Boulevard and The Fellsway at Assembly Row in Assembly Square, Somerville.