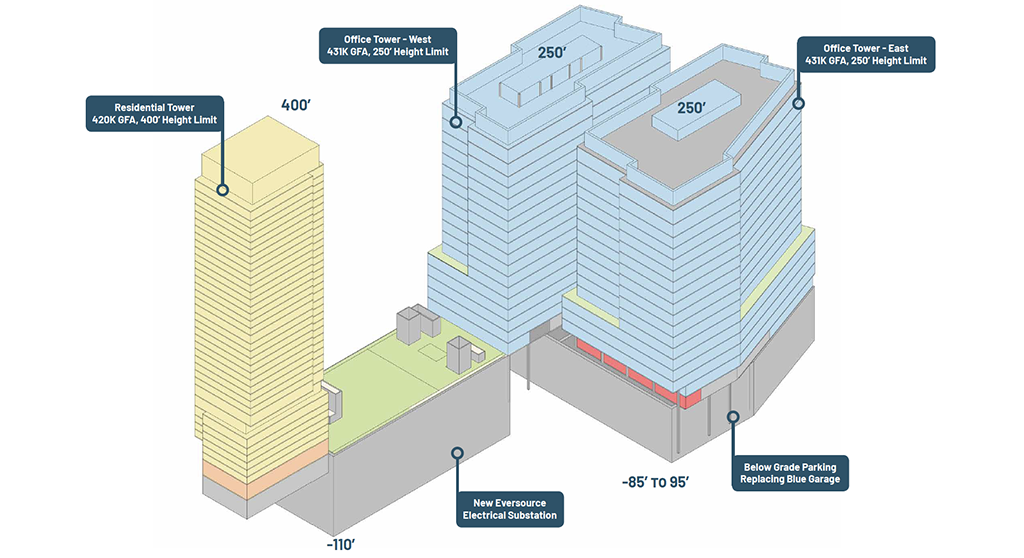 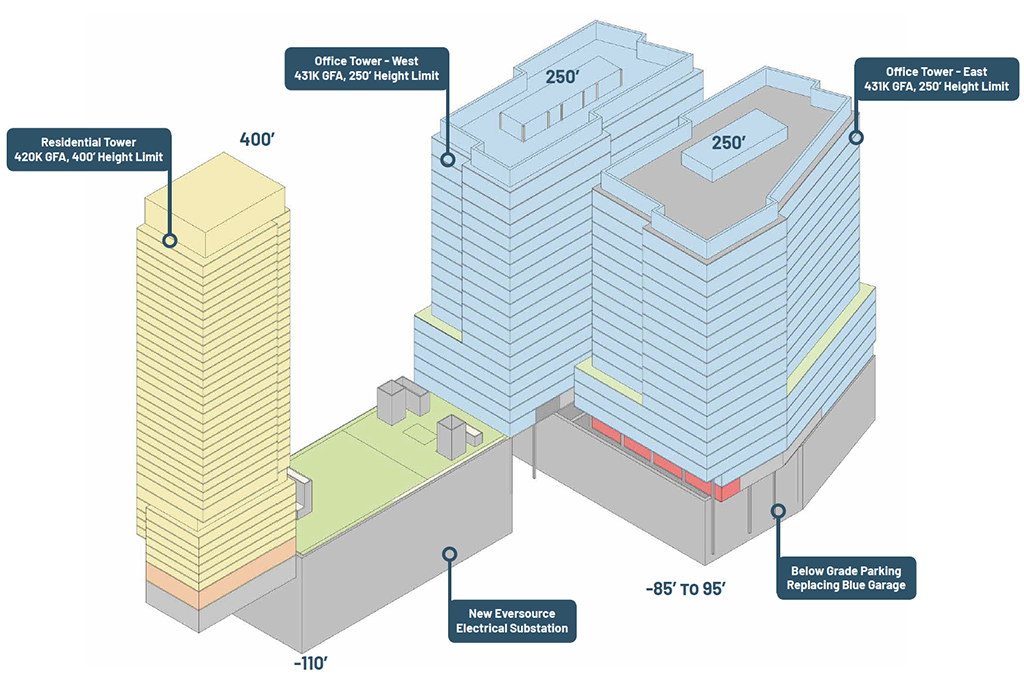 The developer Boston Properties plans to build 465 apartments at its 135 Broadway tower in Kendall Square, up from 425, in a change coming to the Cambridge Redevelopment Authority for review on Wednesday.

“The proposed amendment affirms a commitment to accelerate delivery of the full amount of remaining residential” for Kendall’s so-called MXD district, the plans said.

Fifty feet of available height was added to the building in a zoning amendment last fall, and Boston Properties opted to go for all apartments rather than include condominiums, authority executive director Tom Evans said Monday. Apartment tend to be smaller than condos.

The complicated plan to avoid Eversource building on Fulkerson Street in a residential section of East Cambridge, with the Kennedy-Longfellow elementary school and John A. Ahern field right across the street, gave Boston Properties a new 800,000 square feet of development space – a $160 million value, by some accounting. The project replaces the Blue Garage at 290 Binney St. and its 1,136 above-ground parking spaces with 420,000 square feet of housing, a quarter of which is to be priced below market, some open space, and two new commercial buildings of 400,000 square feet that includes retail. The parking will move below ground.