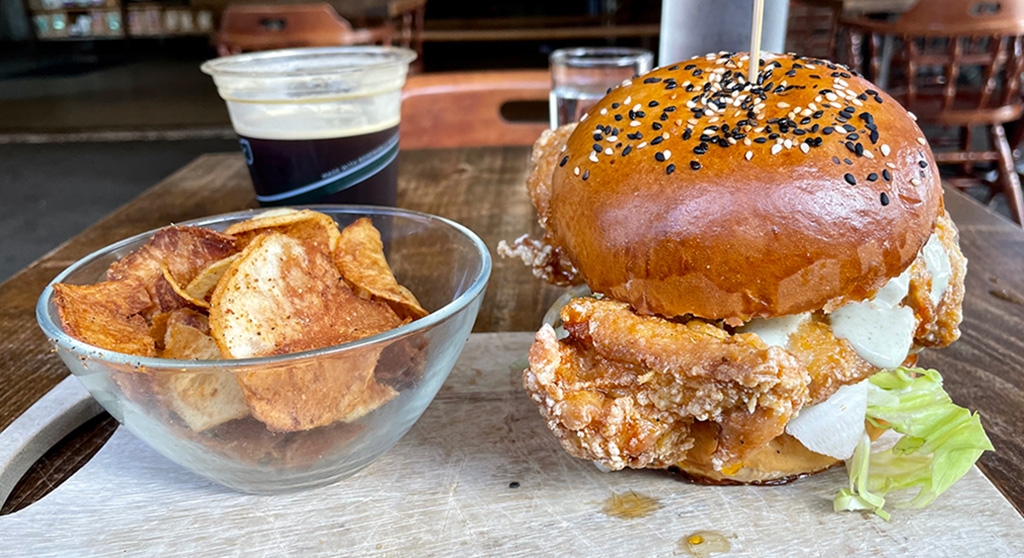 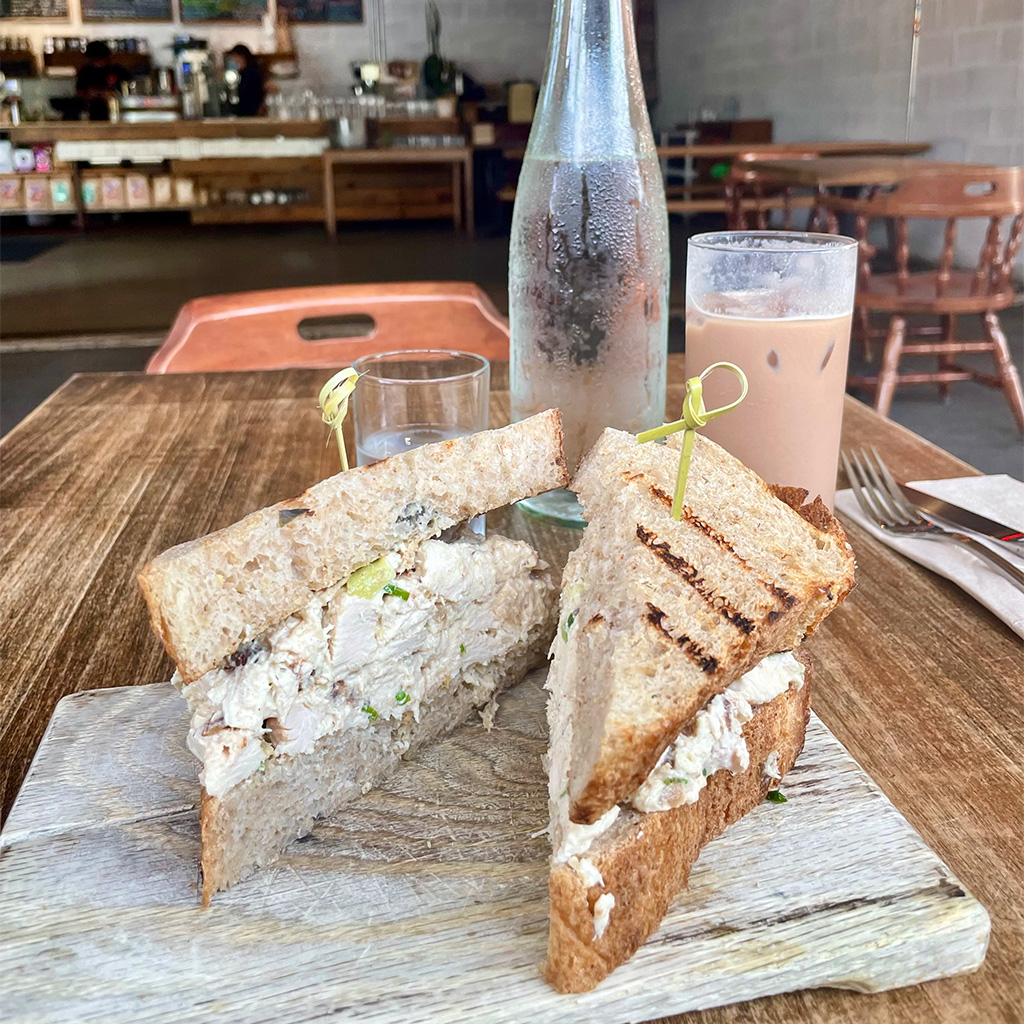 Loyal Nine is an intimate and cozy place to have dinner but also a nifty place to have lunch or brunch, be it on the fly, for a business meeting or lingering with a laptop and several rounds of nitro cold-brewed coffee, a beer or a cool glass of vino. I dig that smooth and creamy nitro, which doesn’t require sweeteners or cream, and the wine selection is impressive. But one of the more recent reasons I’ve been popping in is the chicken and eggs.

The menu at Loyal Nine, named after the secret group of Revolutionary War patriots and opened in 2015, has been scaled back some since Covid. But for eats you can’t top the chicken salad, which is chunky and moist with just the right amount of mayo and diced greenery on super-thick slices of homemade sourdough. Loyal Nine chefs call it their famous chicken salad; I call in simple, satiating comfort and some of the best I’ve had. (Mom’s is pretty hard to top.) Pre-Covid you could get it as a salad as well, something I hope they bring back soon. If you’re really looking to feast up, there’s a double cheeseburger, but we’re talking chicken here, and the Loyal has a fried chicken sandwich that could be called chick-zilla, a big eat on a big sesame seed bun. Most of what you get is dark meat akin to Japanese fried chicken thighs, tender and moist and, like that chicken salad, with the right amount of mayo and greenery. It comes with housemade Szechuan potato chips, a crisp and semi-spicy side that also accompanies the Loyal’s lobster roll. For eggs, you can get the egg breakfast sando, a sunny-side-up egg with pork hash and aged cheddar heaped on a sweet roll, or a toad in the hole with a soft, runny egg cooled inside a slice of housemade brioche. (Loyal Nine proclaims no toads are harmed.) 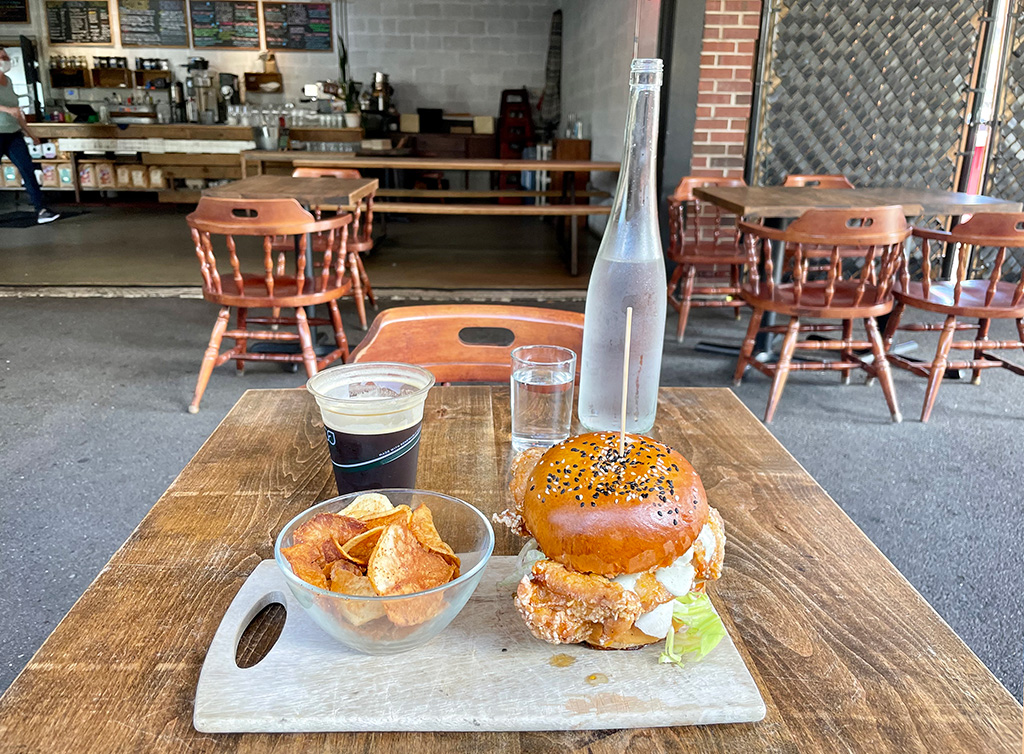 Located down Cambridge Street by the train tracks as you head toward the old Lechmere station, Loyal Nine is close enough to Kendall Square to be a daytime go-to that’s just off the radar. The ambiance is like a New England homestead, with rugged, slat-crafted banquettes that add to a spartan blend of old and new – call it neo-rustic. The main inside dining area of Loyal Nine is spacious, with social distancing built in before Covid came along. Out back on the cafe side of the eatery, where breakfast and lunch happen, there’s ample outdoor seating amid an urban garden. And there’s a perfect middle-of-the road solution in a barnlike buildout that expands the cafe space, protecting you from the elements while being arguably open air. In the colder months, heater are rolled out. For folks still apprehensive about the risks of indoor dining from Covid, Loyal Nine’s hybrid seating arrangement makes it a sweet spot that can accommodate all thresholds.