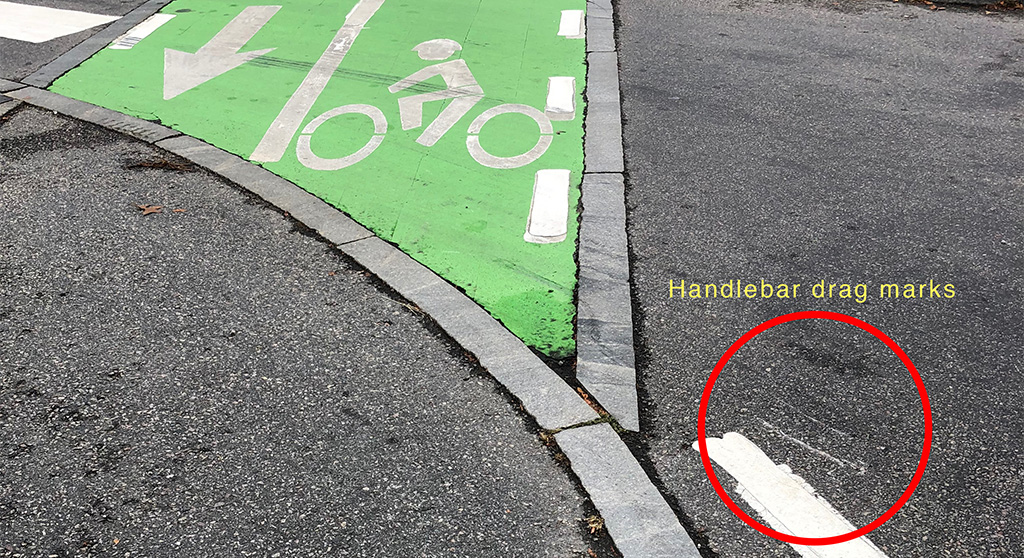 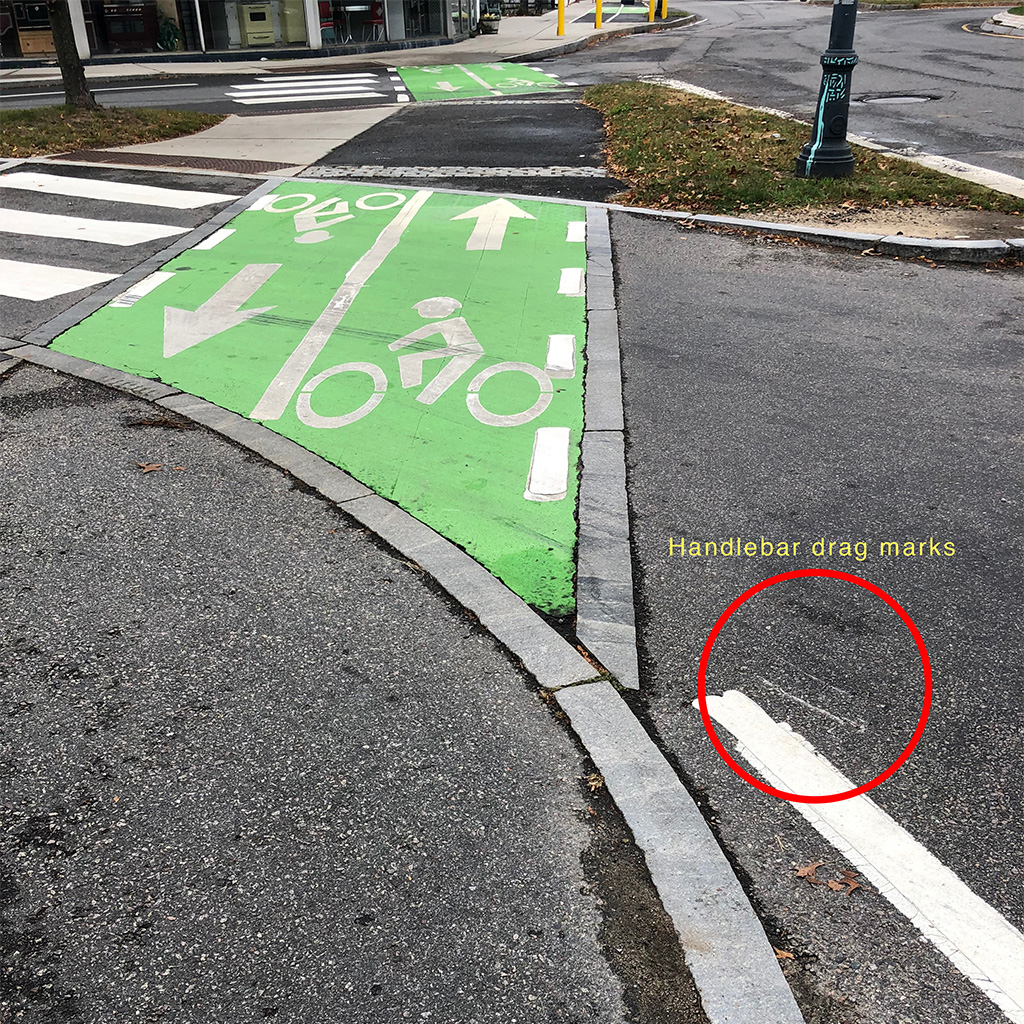 Handlebar drag marks are marked on an image from a 2019 incident near Fresh Pond. (Photo: Heidi Wickersham)

After my bike commute this morning I was left wondering if I needed to die before the city does something about the traffic circle at New Street and Concord Avenue in front of Sozio Appliances.

I can’t do anything more to be safer: I wear a neon vest and protective glasses; I bike in the designated bike lane. Yet in 2019 I was hit while at a complete stop, screaming frantically and trying to back up as an SUV rolled slowly over my bike, dragging me with it. After that I bought an airhorn (in addition to replacing my totaled bike), but that doesn’t stop my life from flashing before my eyes and worrying about my young daughter having to process my death every time I go through that intersection on my daily commute. It didn’t prevent another driver from nearly flattening me just this morning in the exact spot I was nearly killed two years ago. I have seen close calls involving pedestrians at this intersection as well.

I don’t blame the drivers entirely. It is incredibly difficult to get into that intersection, as it leads into a roundabout that has their heads pegged to the left despite this also being a two-way bike lane that requires them to look right. Because the drivers often come to a brief stop before continuing to edge into the intersection, it gives pedestrians and bikers a false sense of security that they have been seen and it is okay to proceed.There needs to be flashing lights or something to ensure that drivers look right – or the bike lane should not be two-way right there, and more infrastructure could be built to allow bikes to safely go through the traffic circle.

I have been biking in Greater Boston since I moved to Cambridge in 2011, having lived in Arlington and now Belmont commuting into Cambridge, and this is one of the most dangerous intersections along my various routes. I would very much like to see something done to address these concerns before myself or someone else is seriously hurt (if they haven’t been already).