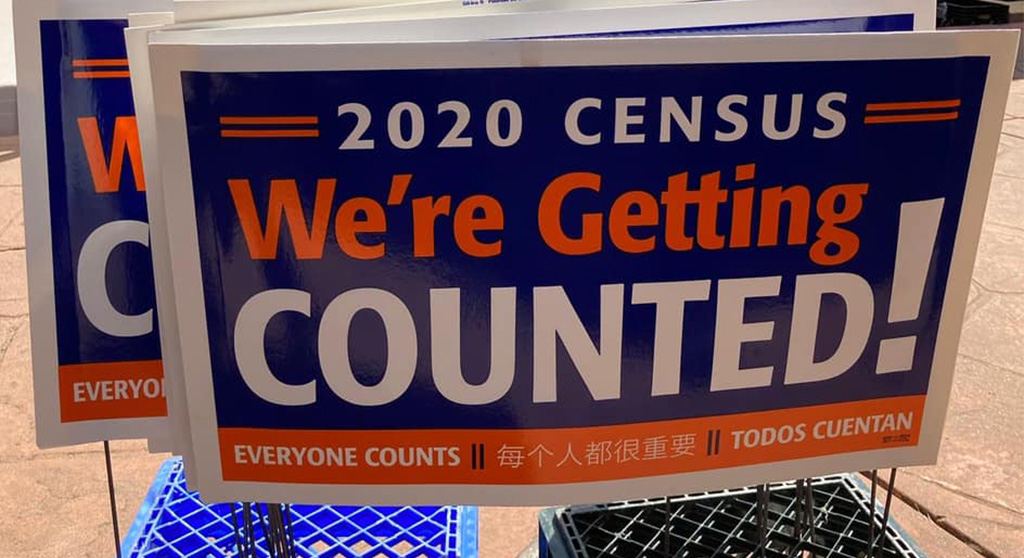 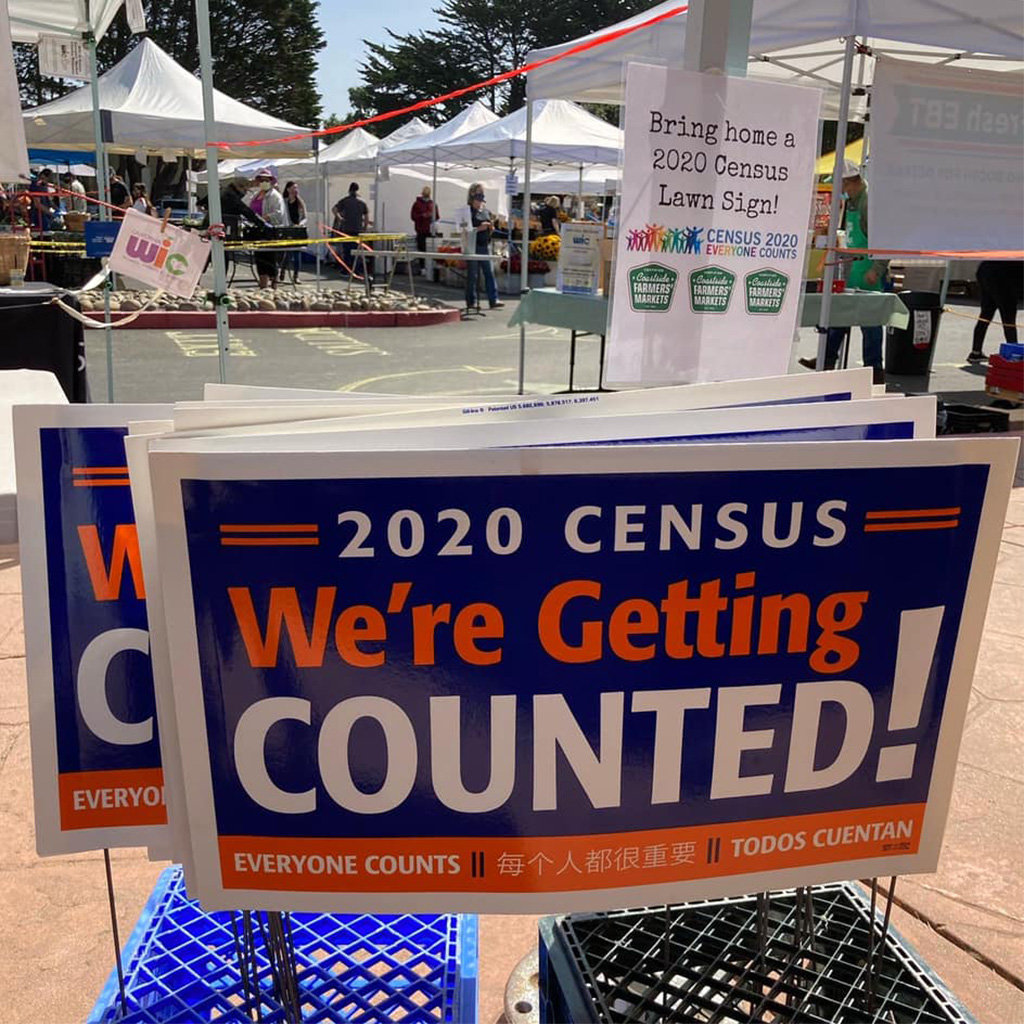 Signs at a farmers market in September urge participation in the 2020 U.S. Census count. (Photo: U.S. Census Bureau via Facebook)

It wasn’t a mistake or a typo. The reason is simple: the state health department, which feeds the vaccination statistics to Cambridge, is still using 2019 population estimates, while the U.S. Census from 2020 shows higher figures, especially in Cambridge. Eventually, reality was going to catch up with the estimates.

Why hasn’t the state switched to more up-to-date population figures? The reasons are not simple. A health department official said that for the 2020 census, the U.S. Census Bureau introduced a new, complicated statistical method of adjusting the census figures to protect individual privacy. This “distorts the data” when it’s used to calculate rates and percentages, said the individual, who spoke on condition of not being named. Massachusetts and other state health departments are trying to figure out how to use the adjusted figures, the person said.

Also, to be fair, the Census Bureau has not yet released detailed age group figures from the 2020 census. But it’s clear that Cambridge’s total population has risen. The city’s total count is now 118,403, the census bureau announced in August. The total Cambridge population figure being used in Covid statistics, based on the 2019 estimates, is 111,989.

Using the lower population figure affects vaccination numbers that get the most attention – the total percentage of those with at least one shot and those fully vaccinated. City Manager Louis A. DePasquale and others often praise the city’s achievement of 76 percent with at least one shot and 69 percent fully vaccinated, comparing Cambridge with other Massachusetts cities.

On the other hand, using the higher population total will make another widely watched Covid figure lower: the average new cases per 100,000 population. That would make Cambridge’s situation look better.

Spokespersons for the Cambridge Public Health Department were asked last week to comment on the issue. It’s not just academic, since using the correct population numbers will give health officials a more accurate idea of how many residents are not vaccinated. The health department was asked specifically whether leaders keep a separate tally of vaccination figures and other statistics based on updated population numbers.

There was no response Friday; this story will be updated if and when they answer. Meanwhile, it’s likely that other age groups in the city’s population will show impossible vaccination figures, and the difference between actual and reported total vaccination percentages will widen, until the state adopts 2020 Census numbers.