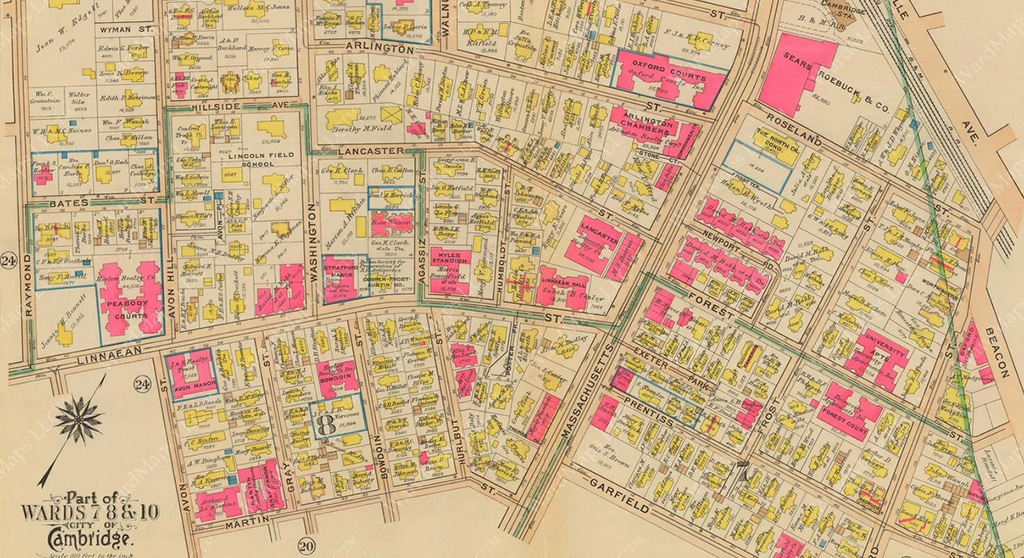 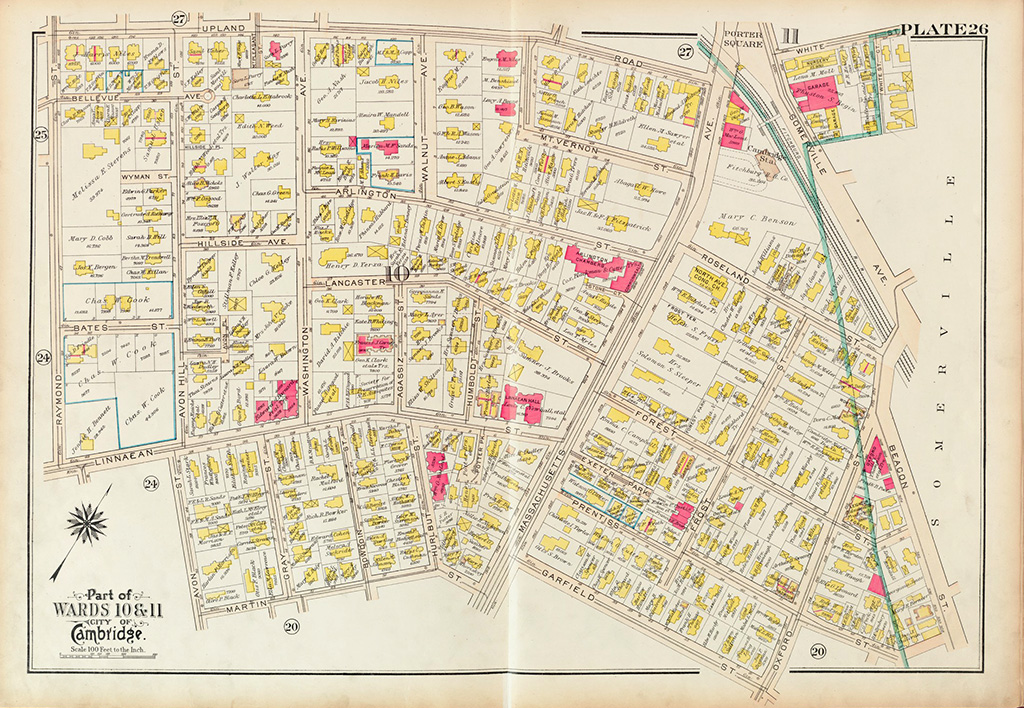 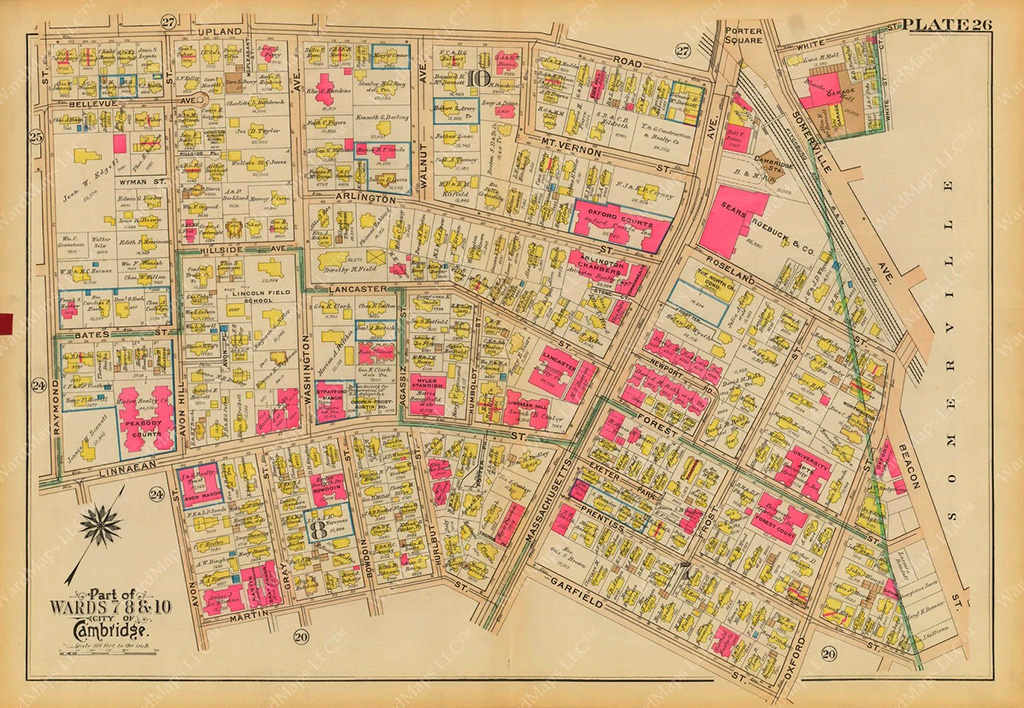 A map from 1930 shows how apartment buildings proliferated in the early part of the 20th century. (Image: Ward Maps)

There’s a through line that connects the many periods of Cambridge’s history: Change. Indigenous peoples formed a thriving civilization here that lasted until the arrival of colonial settlers, who named their new home Newtowne before deciding on Cambridge. Our city served as George Washington’s headquarters as he led an army fighting to end British rule.

Before the Civil War, industrial development commenced and later accelerated, as New England’s economy transformed from one based on agriculture. Waves of Irish, Italian, Lithuanian and Portuguese immigrants came here to work in factories and changed Cambridge’s ethnic makeup. African Americans would join them as they finished their great migration. These Cantabrigians made it all, from glass and machinery to ink and candy.

It was in this context that our neighborhoods took shape. Workers cottages were built in East Cambridge. Triple deckers in Wellington-Harrington. Apartment buildings in Neighborhood Nine. Builders built what they could, where they could – because people needed places to live. Nobody prevented our neighborhoods from adapting to the needs of the time.

To take one of many examples: In 1920, a five-story apartment building with about 50 units was constructed at 41 Bowdoin St. To its left was a 3,000-square-foot Colonial style house built in 1812 that sat on a large plot of land. To its right: a 3,700-square-foot Victorian style house built in 1890. Today, Elizabeth Warren and her husband live there.

A house once sat at 41 Bowdoin. The builder who bought the property and tore down the house recognized Cambridge needed more homes for the city’s workers. This happened repeatedly. Take a walk around Mid-Cambridge and you’ll see apartment buildings from the early 20th century  everywhere. There was no zoning to stop builders from replacing single-family houses with apartment buildings. Nor were there historic or conservation districts.

Today, it’s much more difficult to meet the needs of the time.

It’s as true now as it was more than a century ago: We need to build housing for the folks who work here. People make different things in Cambridge today – life-saving vaccines instead of rubber hoses – but they still need a place to live. We need housing for lower-income residents who contribute to Cambridge’s diversity and character and do the essential work that makes our city run.

Our city’s Neighborhood Conservation District ordinance fails to take these needs into account. It doesn’t require the historical commission to analyze the impact of the districts on our housing crisis. It prioritizes aesthetics over affordability.

The NCD ordinance doesn’t recognize the essential role that change has played in Cambridge’s history. There’s an irony here. The ordinance’s goal is to interfere with change, but change is the very thing that created the built environment the ordinance seeks to preserve.

Certain buildings are absolutely worth preserving where appropriate. Striking architecture such as the Registry of Deeds on Cambridge Street is very much worthy of protection, as is the Cambridgeport Savings Bank Building in Central Square. But structures such as these aren’t what ultimately made our city special. Rather, it was the people who lived and worked in those structures, which allowed them to make Cambridge their home.

The best way to honor our history is to adapt to our needs, just as our forebears did.

Dan Eisner is a pro-housing advocate and has been a writer and editor of social studies textbooks for two decades.