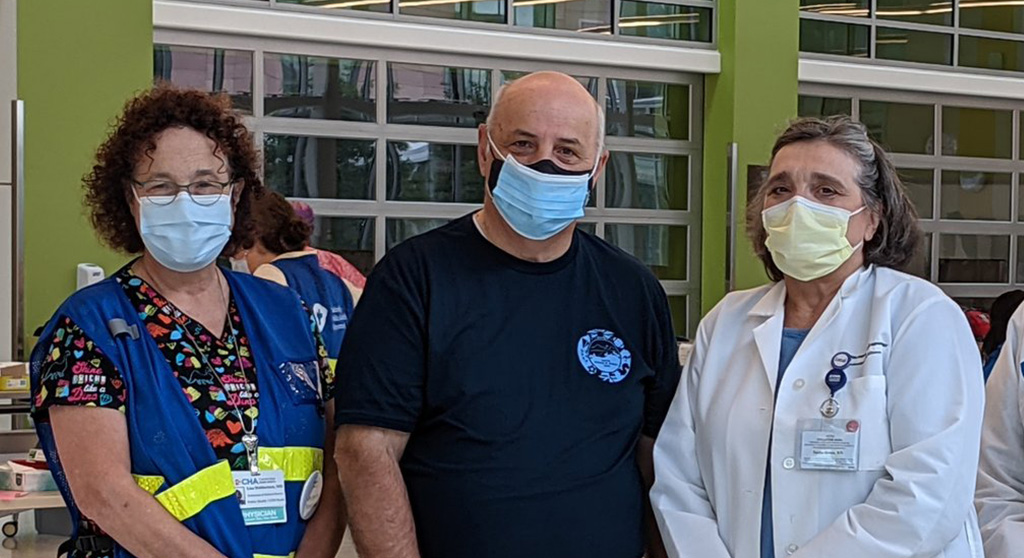 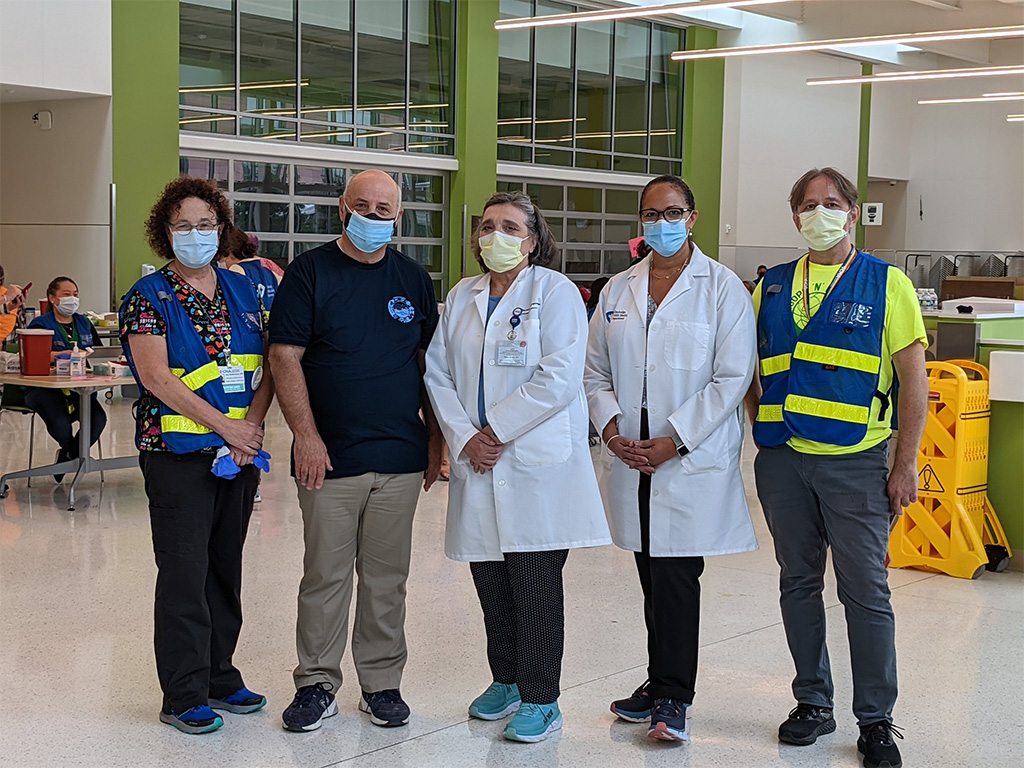 This could illustrate the power of a vaccination mandate: Two weeks before the deadline for Massachusetts nursing homes to have all of their employees fully vaccinated against Covid-19, the staff vaccination rate at one Cambridge facility shot up to 99 percent from 77 percent, according to a weekly federal report. The sharp increase shortly before the Oct. 10 deadline came at Cambridge Rehabilitation & Nursing Center.

The other two local nursing homes – Neville Center at Fresh Pond and Sancta Maria Nursing Facility – reported much smaller increases, but still ended up with well above 90 percent of their workers vaccinated. Neville reported 94 percent of employees vaccinated as of the week ending Oct.3; Sancta Maria reported 98 percent. Both had already reported high vaccination rates. The Oct. 3 figures are the most recent ones made public, but the state may have access to more up-to-date numbers.

The state mandate comes with potential penalties. The state Department of Public Health can fine facilities $50 per day for each unvaccinated worker. If the vaccination rate is 75 percent or lower, the department can freeze admissions until the nursing home’s rate rises above 75 percent.

Spokespeople for the department were asked last week whether the agency had assessed penalties against any facility. They promised an answer, but did not provide one by publication on Monday.

Federal officials also mandated 100 percent vaccination of nursing home staff in August. A month later the Centers for Medicare and Medicaid Services expanded the mandate to other Medicare and Medicaid-certified health care organizations, including hospitals and home health agencies. CMS hasn’t yet proposed regulations carrying out the mandate, though. The rules are expected later this month.

Meanwhile, Cambridge doesn’t appear closer to requiring vaccination for its employees despite mandates by Boston, the Cambridge Housing Authority and the state. City Manager Louis A. DePasquale told councillors Monday: “At this point I’m not recommending mandating it,” although he’s still talking to unions about a requirement. DePasquale also declined to give figures on how many employees are vaccinated, saying only that “we have a sense … we think we are pretty high.” City spokesman Lee Gianetti has maintained that the city doesn’t know how many employees are vaccinated because it doesn’t ask them.

The rate of new infections among city residents has fallen steadily since Labor Day, a pattern similar to the trend in most of the United States. In fact, the city’s data website reported Sunday that the total number of cases since the pandemic began last spring actually dropped by nine. A similar blip last month came because the state health department found duplicate cases, so the cumulative total fell even though new cases had been reported.

However, the Sunday decrease was caused by “a programming glitch that occurred over the weekend,” Cambridge Public Health Department spokesperson Dawn Baxter said on Tuesday.

Still, the numbers in Cambridge can vary. After falling on Sunday, the city reported 31 new cases on Monday after days of single-digit new infections. (Part of that big Monday total was a correction of the earlier programming glitch, Baxter indicated). Acting chief public health officer Sue Breen said the number of new Cambridge cases is “up and down” and “has plateaued in the last two weeks.” The city’s indoor masking requirement could be reducing transmission, Breen said. She showed councillors a graph portraying a sharp peak in Cambridge cases on Sept. 3, the day the city imposed the mask mandate. The rate of new cases plunged after then.

“We do not know how many infections have been prevented by our mask mandate or those of Somerville, Arlington, Belmont or Watertown,” Breen said. “Study after study shows how effective masks are in preventing the spread. The more people that mask up in indoors and crowded environments, the safer we are until more people are vaccinated and there’s a low level of community transmission locally and regionally.”

The health department is looking at Middlesex County rather than within city lines to decide whether to drop the mask mandate, Breen said. “Given that Cambridge is an urban hub with thousands of workers and visitors coming into the city every day,” the situation in the county is a better indication of when it will be safe to end indoor mask requirements, she said. “With regard to removing the mask mandate, we’ll like to see a sustained low community transmission at the county level.”

Anti-mask groups that filed six lawsuits across the state last month seeking to overturn school and city mask mandates – including suits against the Cambridge schools and the City of Cambridge – lost momentum last week when a Hampden Superior Court judge agreed with the state education department that the cases should be consolidated in his court. That means a request for an order temporarily barring the mask requirement in Cambridge and Cambridge schools will remain on hold.

Covid-19 vaccinations in Cambridge remain stagnant at 69 percent of the population fully vaccinated. The health department launched four mass flu and Covid-19 vaccination clinics starting Friday, and on that day and Saturday at the Citywide Senior Center and King Open School the department administered 94 vaccinations against Covid-19, Breen said. The vast majority of the shots – 82 – went to people who had already received two Pfizer shots and were getting boosters, numbers that won’t improve the city’s vaccination rate. As for flu, the department has vaccinated 1,311 people so far in October.

As Covid-19 vaccinations of older teens and residents in their 20s continue to lag, some pessimism crept into the council discussion. When councillor Patty Nolan pressed for improvements in the percentage of 16- to 19-year-olds vaccinated, Cambridge Public Health Department medical director Lisa Dobberteen, a pediatrician, responded that there is a “statistically confirmed core of youth who have hesitation. And I speak to those youth in my office every day and offer to have consults with them. They have done their research on the Internet. And as we know, misinformation for a whole host of reasons is a powerful force that is dissuading some folks from getting vaccinated.”

In terms of Covid-19 testing, the city announced Sunday that it plans to resume walk-up testing at the CambridgeSide mall starting Nov. 1. This month, only drivers can get tested there, on Mondays and Thursdays. On Sundays, tests are offered at 50 Church St., Harvard Square; and on Wednesdays, at St. John the Evangelist Church, 2254 Massachusetts Ave., North Cambridge. The PCR tests are free, and no identification or appointment is required.