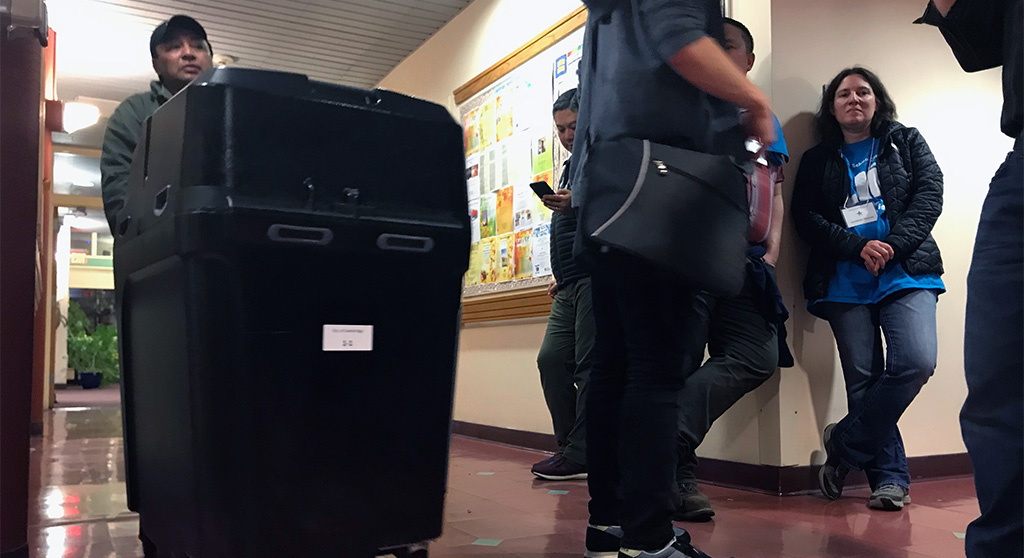 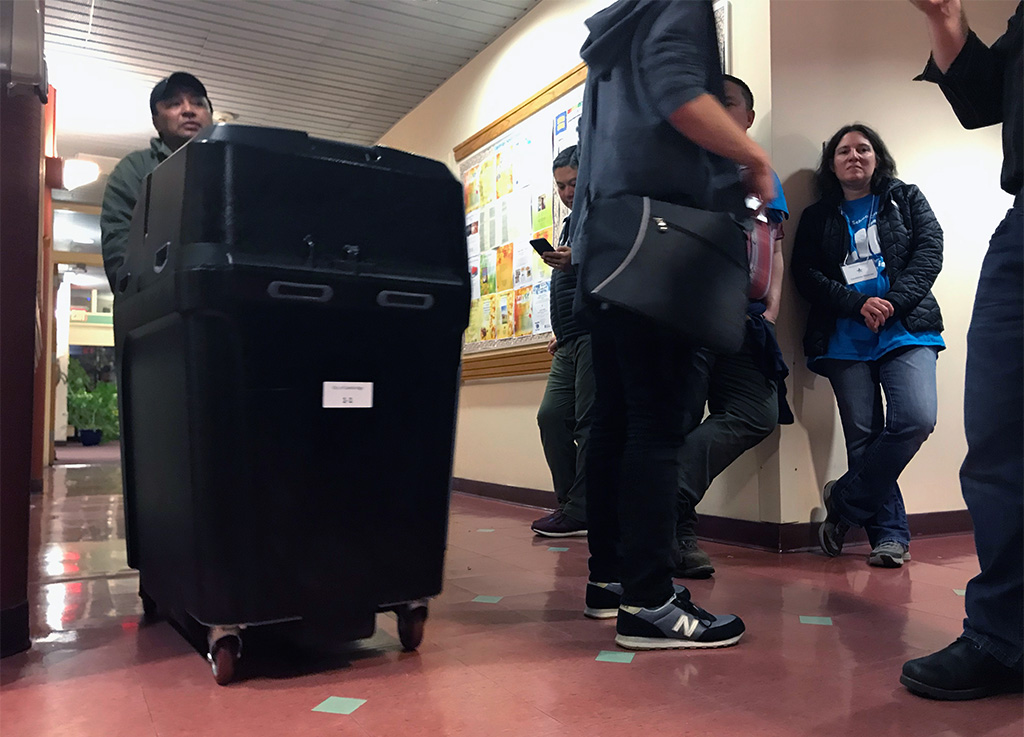 Election materials are wheeled into the Citywide Senior Center past vote-count onlookers in 2019. Crowds of watchers won’t be allowed this year. (Photo: Marc Levy)

Election commissioners have clarified the rules for next week’s count of votes for City Council, School Committee and charter reforms, deciding Friday that for the second year the number of in-person observers will limited to three.

Others can watch via Zoom, a video conferencing platform, said a 2:38 p.m. email from Election Commission executive director Tanya Ford-Crump. The vote count and Board of Election Commissioners’ meeting at 9:30 p.m. Tuesday are promised to be livestreamed.

The in-person limit is a pandemic-era change from the dozens of candidates, campaign staffers, members of the media and general public who usually cram into the Citywide Senior Center in Central Square to be the first to learn winners and losers for the next term. It was decided “after consultation with the Cambridge Public Health Department,” the commission memo said.

The limit was first used in November 2020, for a state and presidential election vote count.

Unofficial preliminary results for the council, committee and charter reform will be posted on the city’s homepage once the computerized tabulation is complete on Election Night, the memo said, and anyone interested in getting election results by email at the end of the tabulation process on Election Night can sign up by email by noon Tuesday.

The vote count will continue at 9:30 a.m. Wednesday, again in the senior center. Overseas and provisional ballots will be tabulated Nov. 12, after which election results will be made final.