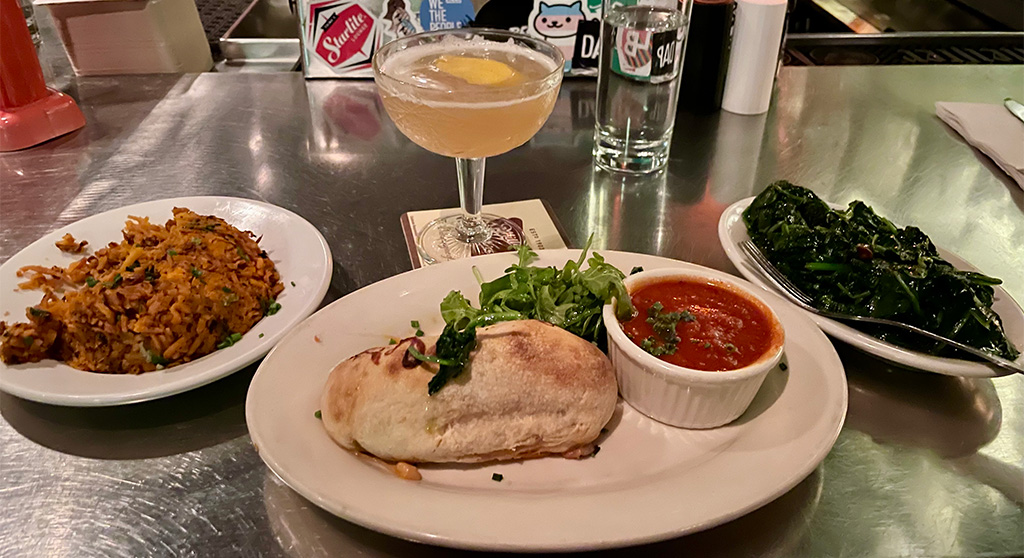 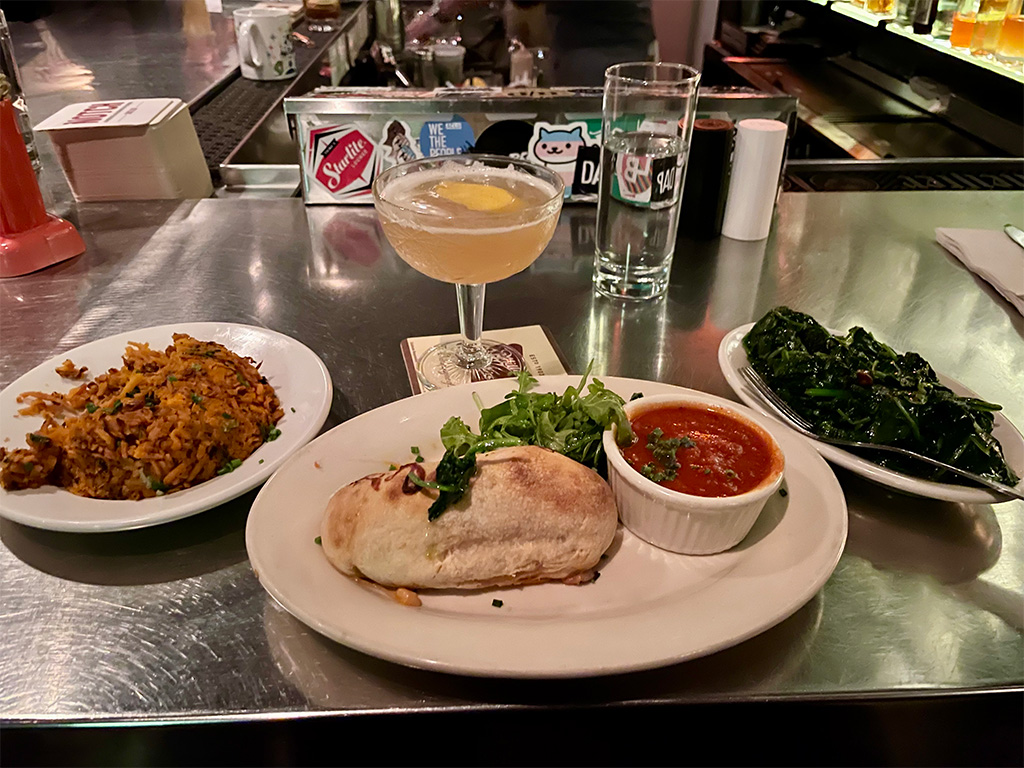 I always want to tag Trina’s Starlite Lounge as an old-school dive bar. It’s got that homey, vintage vibe, no question, but to earn those dive wings a joint generally needs to notch years of local-supported entrenchment through changing times – see Grendel’s Den, Paddy’s, Charlie’s, Sligo or the Newtowne Grille. Trina’s opened in 2009, but before that the fringe Inman locale (on Beacon Street in Somerville) was the Abbey Lounge, a definitive dive bar cropping up in 1907 but officially opening after Prohibition. Does that wayback nugget earn Trina’s its wings, or simply make it retro chic like Bukowski’s, which closed its Inman locale around the corner last year? The answer’s largely irrelevant, as Trina’s does what it needs to do to check all the boxes: a comfortable, communal space, check; affordable bevvies, check; quality eats, check. Case closed.

Trina’s menu is pretty much straight-up comfort food with a devilish twist that smartly pays attention to the culinary needs of its vegetarian clientele. The menu rotates some, but most always you’ll find mac ’n’ cheese, fried chicken, and fried chicken and waffles, as well as a stack of burgers: a classic American, double cheese, an Italian-style turkey burger and a housemade veggie burger (a blend of beans with very little bread or rice filler; get it with sliced avocado for the win). The burgers don’t come with fries or a side, but one of the cool things about Trina’s is a list of sides that’s longer than the main menu. As you can expect, there are many spins on fries (chili, gravy, cheese, gravy and cheese and so on); sautéed veggies (broccoli and spinach); broccoli with cheese sauce; cauliflower stuffing; honey butter carrots; and my favorite, sweet potato and bacon hash. The vegetarian entree at Trina’s is a selection of three sides, and they’re fairly ample servings. On my latest visit to Trina’s I had the pepperoni roll and a side of that sweet potato hash as well as a boat of succulent sautéed spinach. The pepperoni roll – a mini calzone, essentially – was delicious, not doughy, and the marinara sauce that came on the side was North End old-school with a bit of a spicy bite. The menu also has a series of dogs (beef, chili cheese, corn and a tofu pup) and seasonally appropriate cocktails. The Gentleman, a mix of bourbon, belle de brillet and lemon, is a pleasing fall sour of sorts.

Besides the inviting, retro-hip ambiance, the thing Trina’s has become known for is its Monday brunch. That’s an odd day for most 9-to-5ers because it’s aimed at industry workers – the servers and kitchen staff who generally have Monday off. It’s open to all, but be advised that you’ll encounter a packed bar and a bustling, vibrant scene. The brunch-specific menu has some intriguing offerings too, including sloppy joe eggs (sunny-side eggs, potato hash and hollandaise), a tofu slam (tofu scramble with vegan sausage), biscuits and gravy and, as you can imagine, fried chicken and waffles. If you’re a sports-minded sort, Trina’s has no TVs to gander at, but you’re not out of luck. Next door is Parlor Sports in the old Abbey music hall space, which is under the same management and offers a similar food menu and buckets of cold beers. Good fall feasting for all.