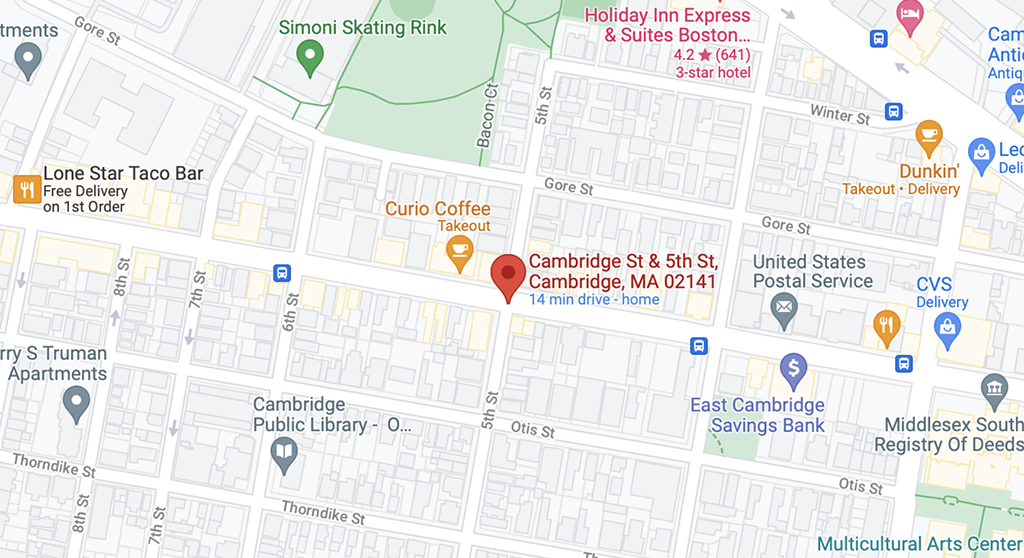 A Plymouth man was arrested Sunday after a brief rampage through East Cambridge with a knife.

Police believe Mark Pincus, 35, was the man who broke into an apartment on Sciarappa Street near Winter Street at approximately 8:20 a.m. Sunday, showing a knife – then ran when the tenant pushed the intruder out into the hallway and he heard her call 911.

While searching for the home invader, officers were flagged down by a man in a truck at Cambridge and Fifth streets, two blocks southwest. Pincus had come up to the man at around 8:30 a.m. while he was sitting in his truck and stabbed him for no apparent reason in the upper body, police said, describing what they were told by a witness. The victim was taken to a local hospital with non-life-threatening injuries.

Tipped off that the stabber was only around a block away, officers said they found Pincus quickly near Otis and Fifth streets – he’d continued heading south – and arrested him despite his efforts to resist. A curved MTech knife was found in his jeans pocket, said Jeremy Warnick, director of communications and media relations for Cambridge police.

The victim of the Sciarappa Street home invasion later confirmed that Pincus was the same person who tried to enter her home, police said. There is “no known connection” to the nonfatal stabbing of a woman in the Riverside neighborhood Friday, Warnick said, despite the city’s third and fourth stabbing incidents of the year falling on the same weekend.

Pincus faces charges of home invasion, armed assault to murder, resisting arrest, assault and battery on a police officer, carrying a dangerous weapon and providing a false name or Social Security number after an arrest. He is expected to be arraigned in Cambridge District Court on Monday.