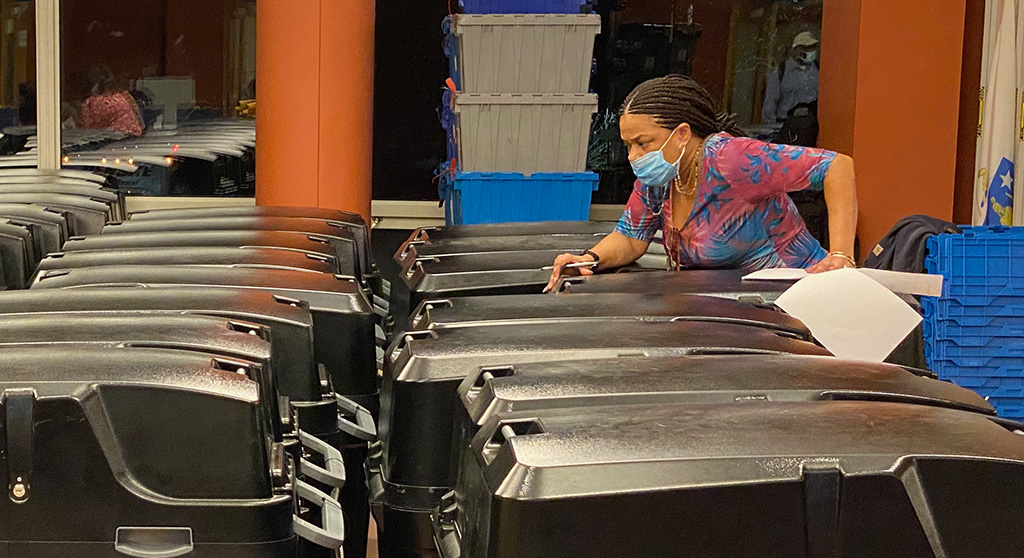 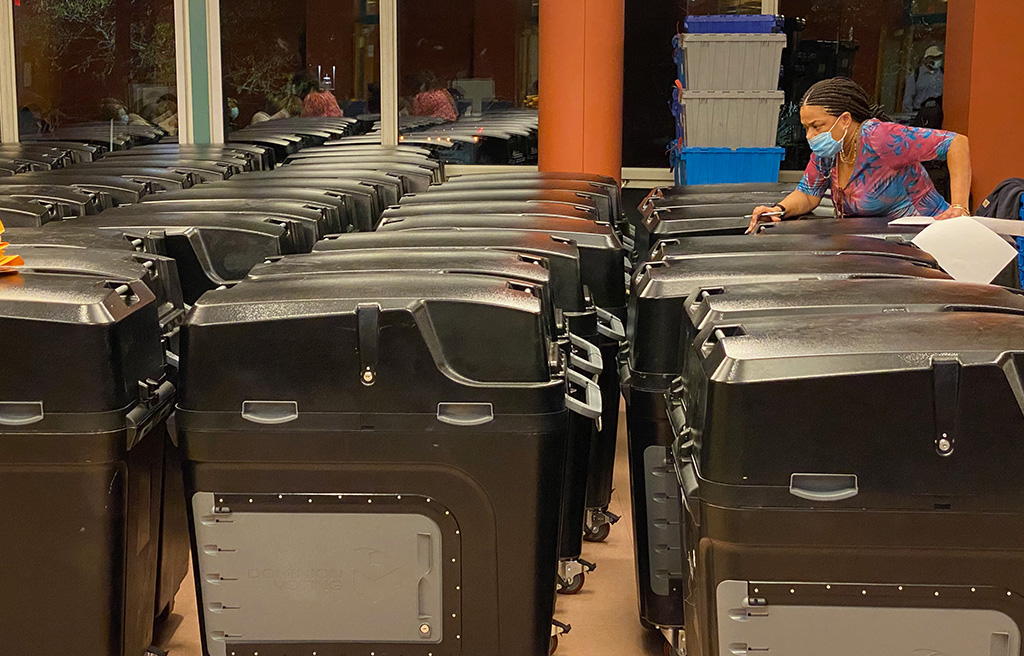 Election commissioners completed a count of provisional and overseas absentee ballots on Friday, making official the results from the Nov. 2 city election. Those unofficially elected to the City Council and School Committee during earlier tallies didn’t change, and three ballot questions amending the city charter were approved by wide margins.

The outcome means challengers Burhan Azeem and Paul Toner will join the seven reelected incumbents on next term’s council and that first-term councillor Jivan Sobrinho-Wheeler will be off, as will veteran councillor Timothy Toomey, who decided to retire rather than seek another term. Challenger Akriti Bhambi will join the five present members of the school committee, which will be chaired by the next mayor; current vice chair Manikka Bowman opted not to run again.

A webpage reporting final results, however, contained only dead links for council and committee results when election commissioners and staff left their offices Friday. A link to official ballot question results was live.

The returns mark the first updates in 80 years to Cambridge’s city charter and its “Plan E” form of government, which establishes that there will be an unelected city manager appointed by a relatively weak city council that picks a mayor from among its own ranks to chair meetings and represent the city ceremonially. With an additional 1,059 provisional and overseas absentee ballots counted in results, for a total 21,958 ballots, these were the three charter changes approved by voters, according to election commissioners:

The following tables reflect the vote counts made official by the Election Commission last week and posted Monday. 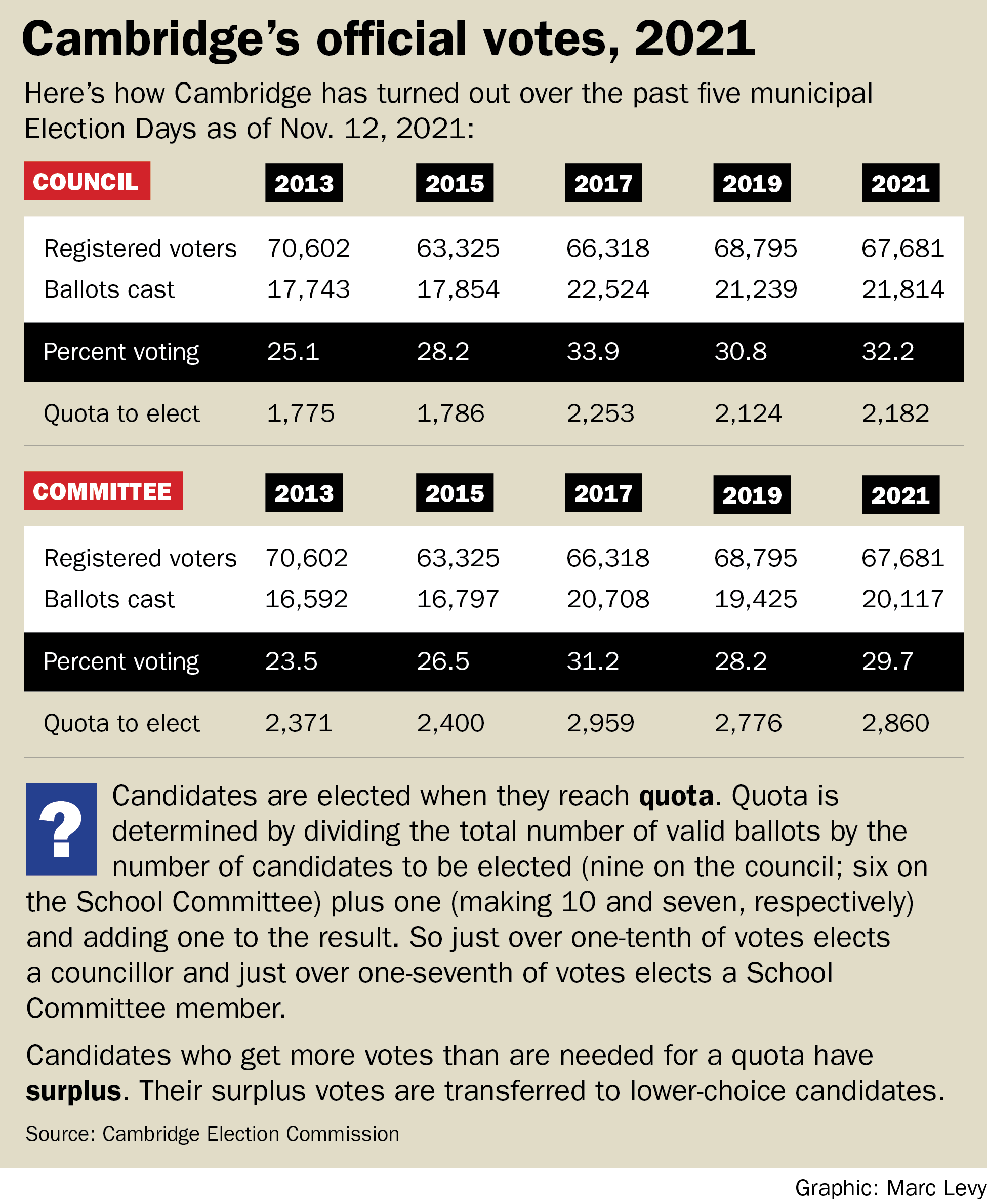