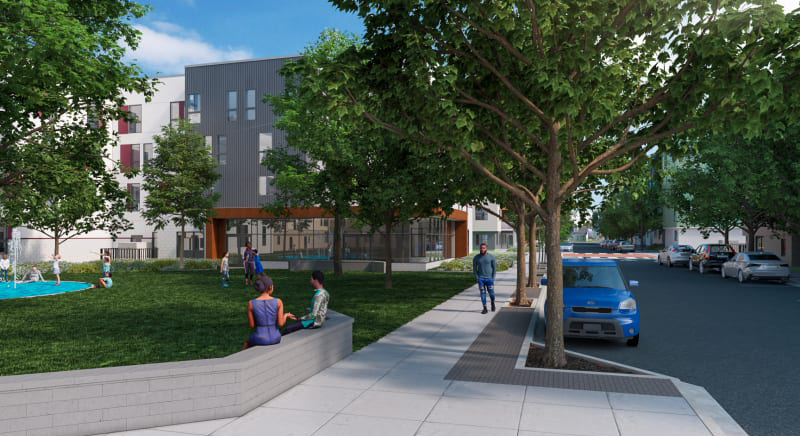 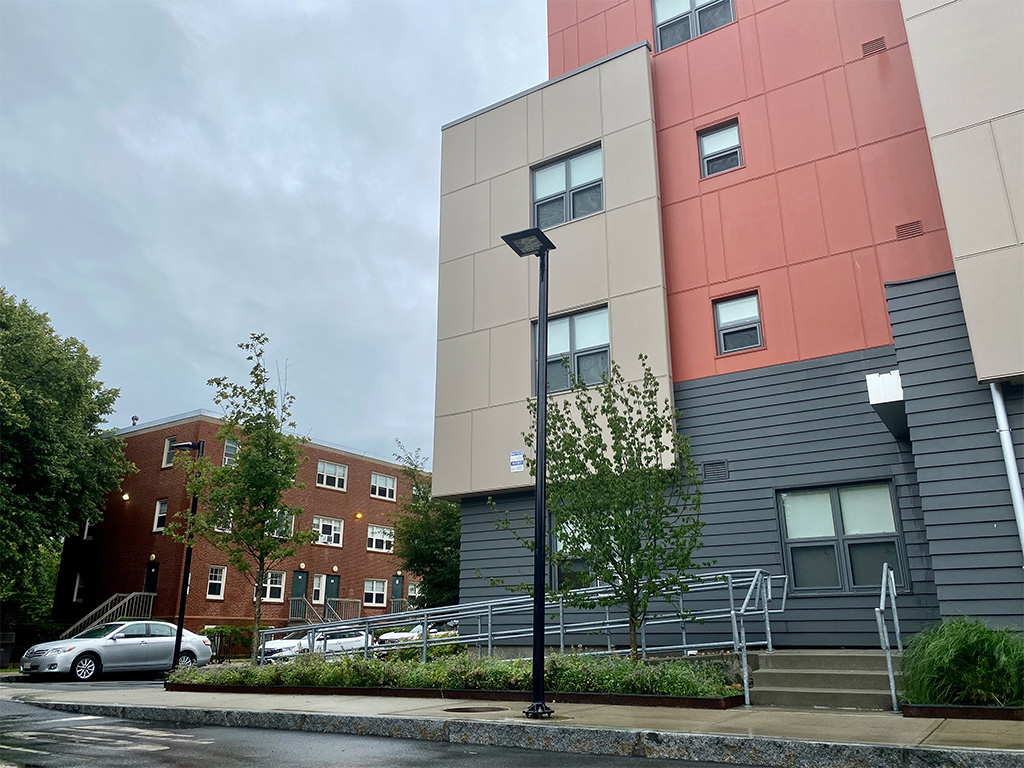 A Jefferson Park Federal building, left, awaits renovations like those done to Jefferson Park State buildings, one of which is seen at right. (Photo: Marc Levy)

When tenants move into the new Jefferson Park Federal public housing development in a few years, they will pay among the lowest rents in Cambridge: about 30 percent of their incomes. The apartments they live in, though, will probably cost at least $900,000 each to build.

The bill for Jefferson Park is beginning to draw attention. Members of the Planning Board and some opponents from the public talked about it Tuesday at the first of two meetings on the big project’s design. “This needs to be explained,” said Suzanne Blier, a Harvard University professor and president of the Cambridge Citizens Coalition, which opposed the Affordable Housing Overlay under which Jefferson Park is being built.

The overlay is a zoning rule that allows developers to avoid many zoning restrictions for buildings in which all units are affordable. One of its goals is to reduce costs by ensuring that affordable housing builders won’t face delays and uncertainties caused by opponents citing zoning rules.

So why will the Jefferson Park development cost $251.8 million – the most recent estimate – for 278 apartments, or $905,755 per unit? Margaret Moran, the Cambridge Housing Authority’s planning and development director, acknowledged at a CHA board meeting Wednesday that “the sticker price was a shocker” to Planning Board members the evening before.

Moran will write a detailed report explaining the cost. One major contributor: The requirement that public agencies such as the authority pay “prevailing wage,” or union salaries, to construction workers adds 25 percent or more to costs, Moran said at the Wednesday meeting. Another factor is the mandate that subcontractors bid separately from the general contractor. Still, she said, the cost per unit is slightly lower than the price to demolish and rebuild the adjacent Jefferson Park State development, done in 2018. 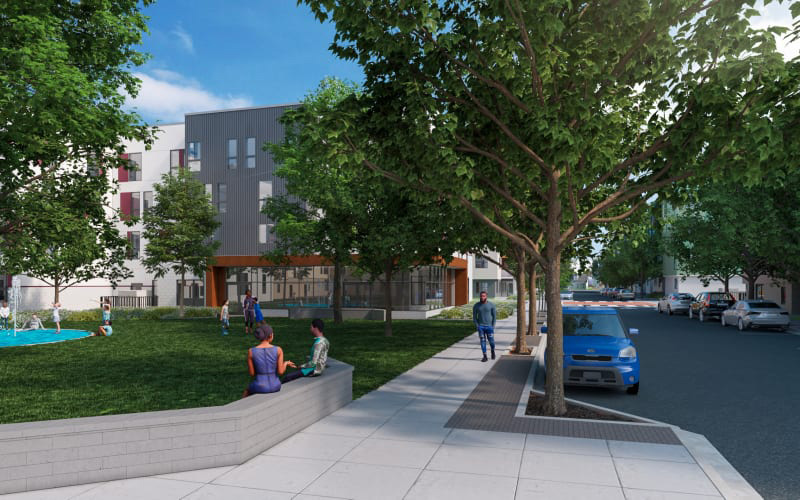 Another reason for the higher costs than for other affordable projects built by nonprofit private developers is that “we have prided ourselves around sustainability,” Moran said. “While costly, [CHA projects] can be much more durable than perhaps inclusionary zoning” developments, which are built by private developers of market-rate housing. The housing authority’s approach maximizes the value of its projects to the community – “we’re not going to go away,” she said.

“Bottom line, yes, this is an expensive project, but there is demolition, hazardous waste, a large site which needs all new infrastructure [and] passive-house standards and good high-quality materials are not cheap,” executive director Michael Johnston said in an email Friday, “If we were not planning to be long-term owners, I would certainly skimp, but CHA is a forever owner, and we have no desire to build future problems.”

The cost of Jefferson Park Federal has climbed rapidly. In February, it was $229 million, according to the city’s Affordable Housing Trust, which will contribute an estimated $43 million to the project. Since then, reactions to the design, such as the fire department’s request that streets be widened, have added to the total. Cost estimates also grew because of “Covid-related construction cost increases,” according to a memo from the Community Development Department to the housing trust.

For example, the authority planned to use wood for the frames of the six new buildings, but dramatic increases in lumber prices – 36 percent higher at the peak of the pandemic and still high – persuaded planners to switch to metal. “There are benefits of steel-frame construction, including lowered insurance costs, however it is more expensive than wood-frame construction as had been initially planned,” the memo said.

Designers also changed plans in an effort to save more trees – the loss of 151 trees is a sore point with critics – and added open space, the memo said. CHA is planting an additional 220 trees for a net gain of 69 trees, but the new plantings have smaller canopy than the ones cut down and won’t grow to mature size for another 20 or so years. 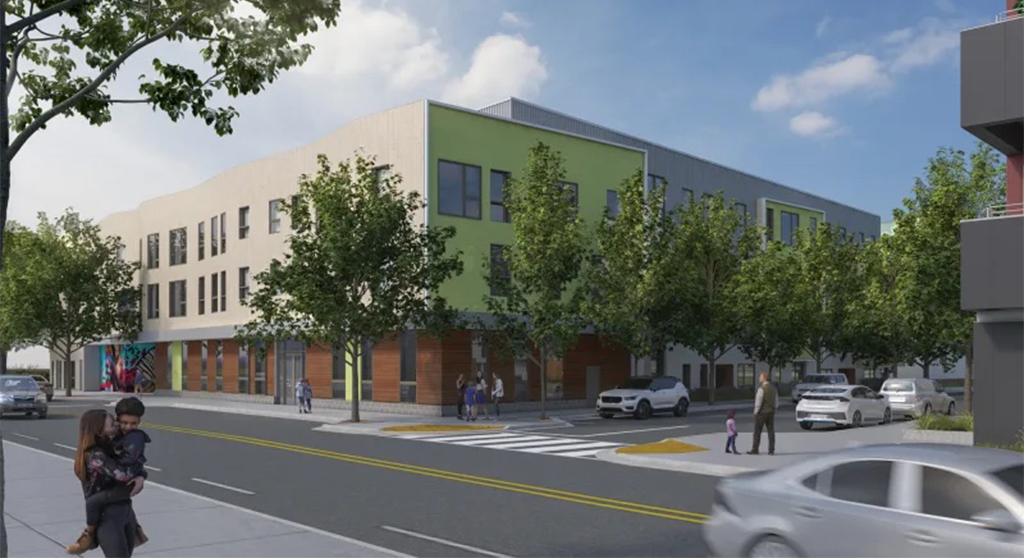 The Affordable Housing Overlay removed the Planning Board’s authority over developers of 100 percent affordable projects as long as they follow the relatively loose guidelines of the overlay. The board can still comment on the design, though.

And board members did comment, calling the facade “flat” and “blank.” “It really looks pretty dreary, there’s no texture,” said another board member. The corner of one building is “tragic,” said a member.

Moran said some of the comments were “hard to hear,” but added that the design CHA presented didn’t include improvements made after other, similar reactions from other commenters, because housing authority planners wanted to see what the Planning Board wanted. The morning after the board meeting, employees started working on changes, she said, and “are already working to get ready for the next meeting.”

Several of the board members who disliked the design said they felt conflicted because the new Jefferson Park Federal development will add 103 deeply affordable units – accessible to people with incomes below 30 percent of the area median – to the 175 now authorized. (Fifty-seven of the 175 existing units haven’t been occupied for several years because leaks made those basement units unlivable. The new Jefferson Park won’t have basement apartments).

“The additional 100-plus units outweighs a lot of the issues that have been raised,” board member H. Theodore Cohen said. Another member, Steven A. Cohen, said: “This is a great project, visually and in terms of the needs of the city. It’s a big improvement on what’s there now. I just don’t want to lose perspective.”