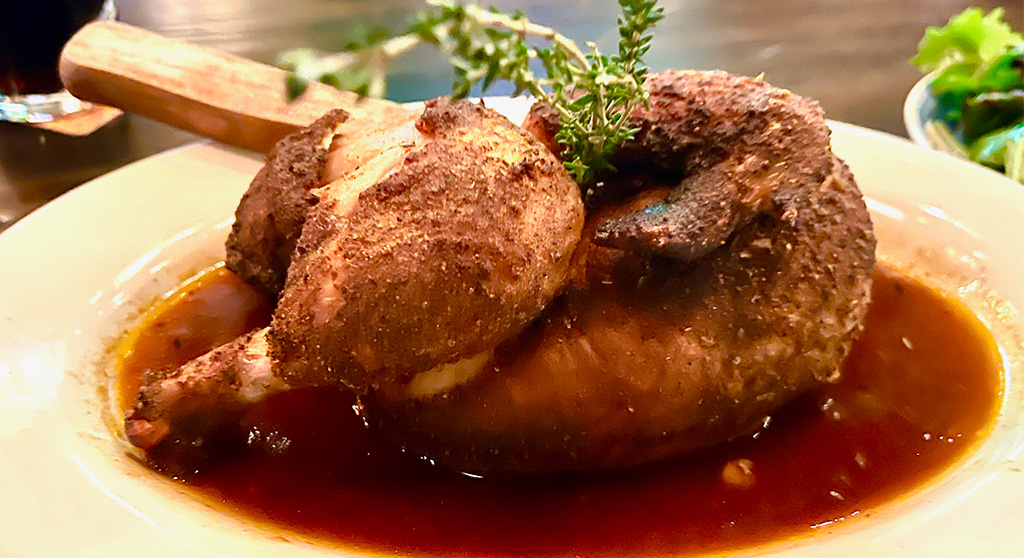 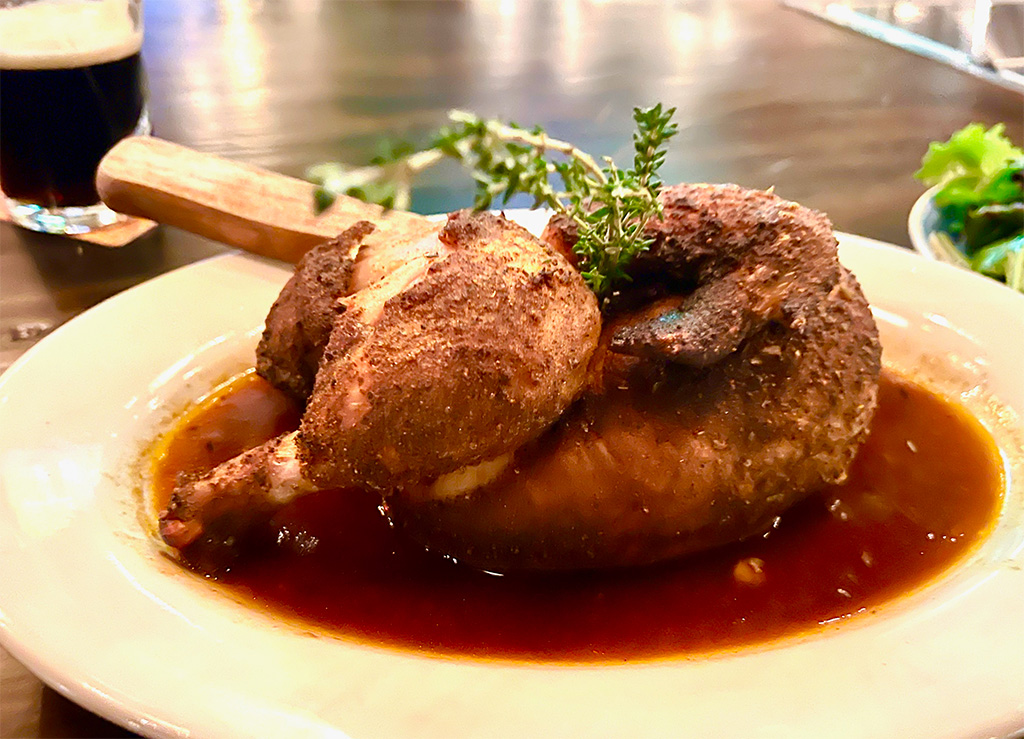 With Thanksgiving this week, the last thing you may want to hear about is poultry – but file away that last summer Drifter’s Tale set up shop in the Inman Square facade that had been home to Bukowski Tavern. Late in its 17 years, Bukowski’s tried to reinvent itself from a retro dive bar into something slightly more upscale. Just what that was is unclear. The bar got moved from one side to the other and the space became more open and light, losing the edge that had become its calling card, the same homey grunge that the original Bukowski’s became known for across the river when it opened in 1998. (It’s still going.)

Drifter’s Tale, a name that piquantly implies a gathering of rogues and outlaws, has aptly muted the decor, restoring the dark, intimate atmosphere into the kind of cozy space you could visit to hang out, have a beer and a bite, and write or meet up on a date. It looks to be a decent sports-watching spot as well. With garage-style doors that open up onto Cambridge Street, Drifter’s Tale has that old 1990s Inman vibe as much as you can find these days. The food’s pretty good, too – eclectic gastropub fare with a global street food accent that includes falafel bites, mushroom dumplings, dukkah Brussels sprouts (an Egyptian dipping blend of date-orange gastrique, fried shishito peppers, hazelnut, almond and pistachio), Argentinian empanadas, burgers and basic sandwiches, and flatbreads. Bigger plates include the “My Sausage Is Better Than Yours” (house-made sausage, sauerkraut, lardons, beer mustard, pickles and crostini) and executive chef Scott McCarthy’s seafood paella for two. On my recent visit, I had the Dirty Bird, a half-chicken that’s dry-brined for three days and spice-rubbed with a blend that comes from Christina’s down the block, then served with a spicy ají chili au jus. The long preparation cycle and care show: The skin is crispy and tasty, and the meat is tender, moist and full of flavor. The gravy makes for perfect dipping. It’s spicy but not overwhelming, given the ingredients, making the Dirty a spin on chicken that’s unique, satisfying and will have you wanting more.

Drifter’s Tale has saved all the mugs from the Bukowski Mug Club. If you had a mug at Buk’s, it’s in storage for you to come and claim for a beer from the vast Drifter’s selection. There’s also a nice list of spins on basic cocktails.