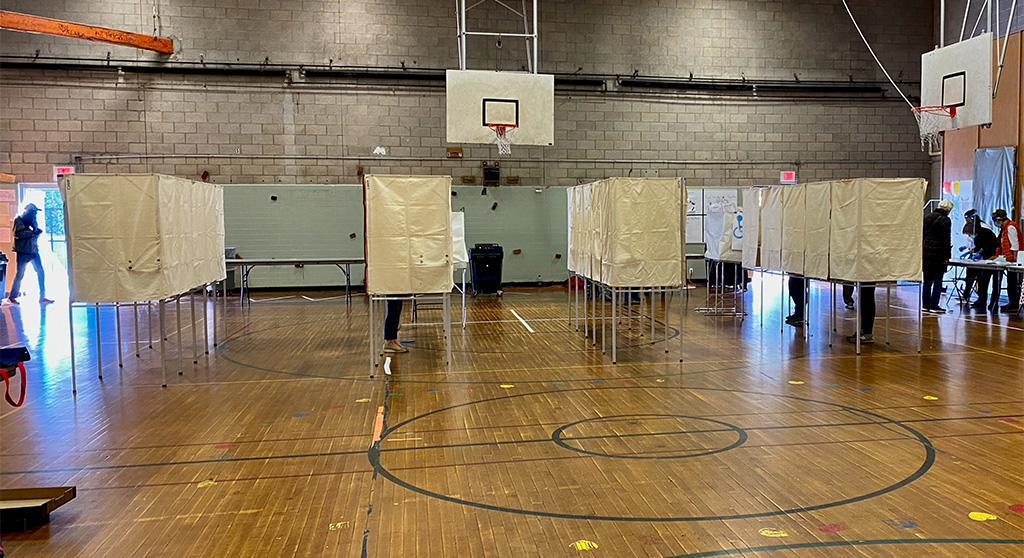 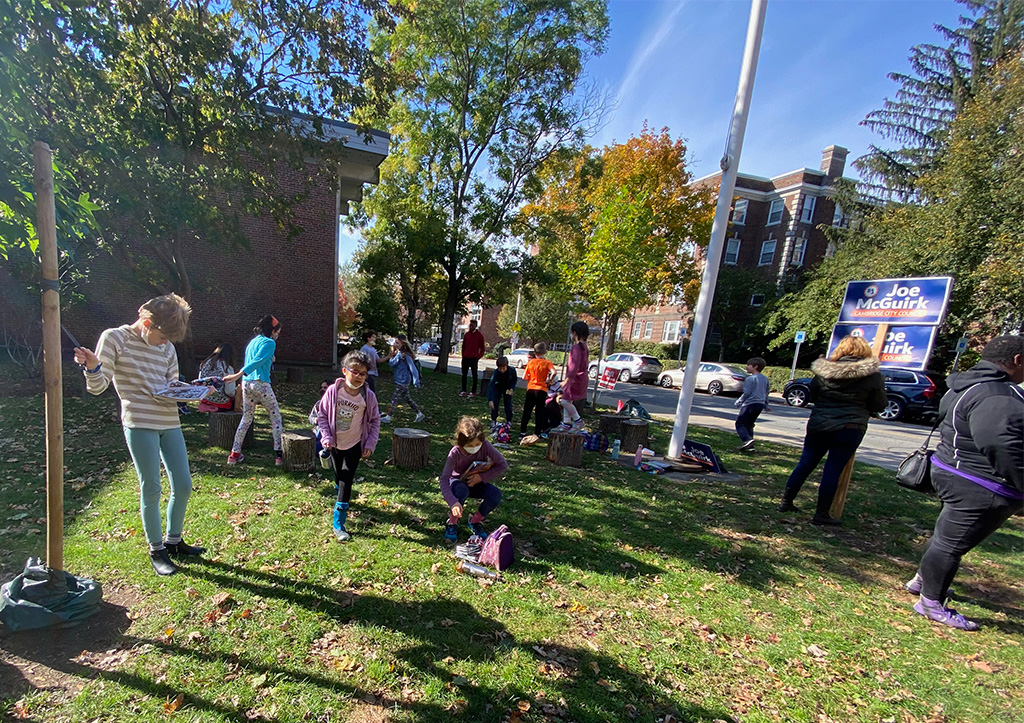 Tensions over the use of school buildings for Election Day voting were aired Monday at a roundtable of the School Committee and City Council. Though no votes are taken at roundtables, the idea of a working group aimed at finding a solution, made up of members of each elected body and city staff, drew some support.

Election commissioners who provided information at the roundtable called schools some of the most stable places to hold balloting in the city’s 34 precincts, even during pandemics and post-census redistricting.

Despite concerns on the part of district leaders – part of ongoing tensions around use of school buildings by the wider community – some School Committee members who spoke Monday endorsed continuing to allow voting to take place on campuses. While the district’s chief operating officer, Jim Maloney, pointed to a dislike of hosting polling places from teachers, parents, principals and the Cambridge Education Association, committee member Fred Fantini said officials should consider taking a big step to guarantee it happens.

“We need to consider whether during our next [educators union] negotiations we should negotiate an earlier start to school,” Fantini said. “We have to put that on the table.”

Other school districts are able to welcome voters by closing schools for the day, but Cambridge has a tighter schedule than many as a result of a late – post-Labor Day – start to the academic year negotiated with the CEA, member Jose Luis Rojas Villarreal said; this year’s final school day is already moving close to the Fourth of July. But there’s more to it, including the “two completely different missions” of the schools and city cited by Maloney and safety and disruption concerns cited by acting superintendent Victoria Greer and departing committee vice chair Manikka Bowman. 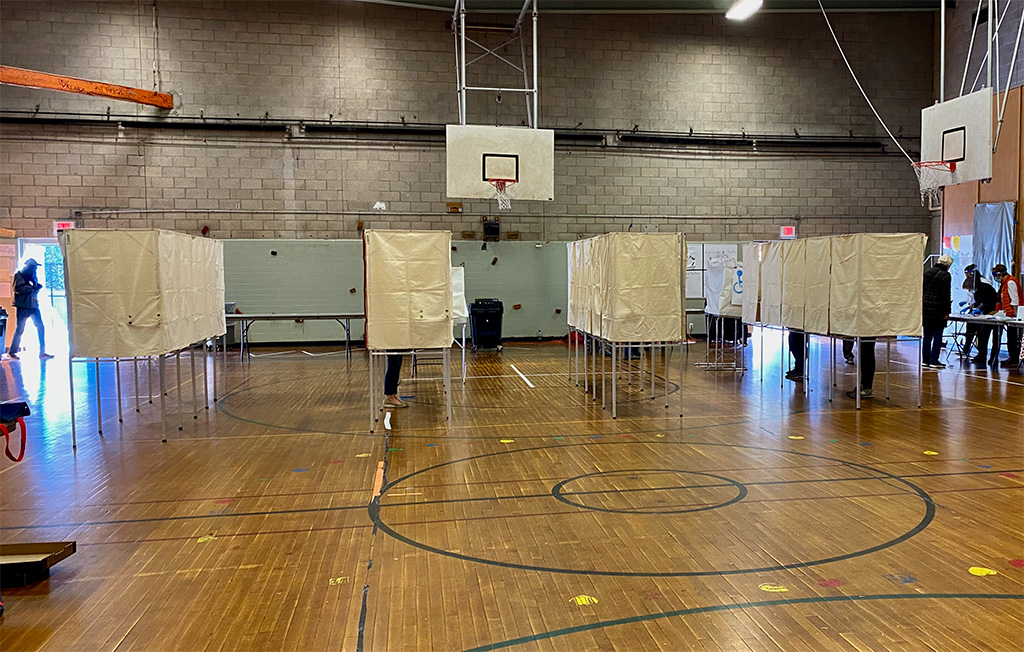 Though sympathetic to voters’ need for stability, Greer said, considering she was “one of those people whose polling site has changed several times,” the use doesn’t just disrupt students’ “sense of normalcy” and bring strangers onto campuses where they might tug on the wrong door – it risks taking kids’ gym away on the one day a week they might have a physical education class scheduled. “It’s important that folks understand the impact on the school day or school days and students being able to have the classes that they need,” Greer said.

The most recent time Bowman voted, she said she was alarmed to see a confusing setup in which “anyone could just wander into our schools, and there was no security person there.”

“There’s a possibility of bad actors being in the building, potentially threatening the safety and security of members of the community, particularly our students,” acknowledged Election Commission member Victoria Harris. But the board’s longest-serving member, Ethridge King, said that in his 14 years he hadn’t heard of a single “catastrophic or significant incident … that would cause someone not to want voting in our schools.” There were “isolated incidents” reported later that had encouraged staff to work with police in “certain locations” to ensure that voters didn’t run into students inappropriately, King said.

Schools in use as polling places since at least the redistricting of 2002 included the Morse, Baldwin, Graham & Parks, Haggerty and Peabody schools. In 2018, a petition from the Haggerty School community got it removed from the list, Harris said. Since then, the Kennedy-Longfellow, Martin Luther King School on Putnam Avenue and the Cambridge Rindge and Latin high school were added, and even the Haggerty returned temporarily to use during Covid. The size of school buildings allows for social distancing that makes voting in person safer.

There are also benefits to having polling places on campus, several officials argued, from Election Day bake sales run by school councils to raise funds from passing voters to a 2021 wrinkle: being able to use as many as 10 high schoolers as poll workers. Less tangibly, we can “use this as an opportunity to educate our kids and get them exposed to voting,” King said.

“We all sort of have a romantic idea that it’s educational, but most principals will tell you that there’s very little education gained from it,” Maloney said of having voting on campus. Based on the tradeoff of academic calendar chaos that loomed as special elections increase, though, “there’s no question this does have an impact on student learning.”

Several years ago, Maloney said, “we were working to diminish the the Election Commission’s footprint in our buildings. And this year, in particular, some of our principals found it particularly ironic that one of the reasons the footprint was increased was because certain city buildings were taken off the table for use as a voting place because of Covid restrictions. That didn’t sit well.” A similar point was made by Rojas, who added that the Massachusetts Institute of Technology had also “decided not to be available for the election.”

The points drew objections from several people, starting with Election Commission executive director Tanya Ford-Crump, who corrected that though settings such as institutional homes for senior citizens were rejected for coronavirus health concerns, the story about not using municipal or MIT buildings were myths.

To Bowman’s suggestion that the city move voting to real estate developments looking to disburse community benefits, King cited an inherent risk: “They may say yes this year and no next year. You have no leverage,” he said. “Municipally owned buildings are the key” to having stable voting places that don’t confuse and disenfranchise voters

Others took exception to the idea that being able to observe elections wasn’t educational – including School Committee member Rachel Weinstein, who recalled her class being taken to watch election commissioners and staff calculate results (before computers took over the task) and finding it “hugely educational and wonderful.” City councillor E. Denise Simmons said the Fletcher Maynard Academy went further. “Those kids did do exercises around voting and civic participation” as well as holding a bake sale, Simmons said.

The privately run Community Charter School of Cambridge welcomed a polling location this year, election commissioner Larry Ward said, and rejected payment “because they saw it as an opportunity for their kids to learn and be involved in voting process … They actually declined to take the money.”

“The point that we’ve all been making is that there is an educational component to this,” vice mayor Alanna Mallon said. Kids seeing voting happening “sets them up to be regular voters.”

Councillor Marc McGovern suggested that “where it may be true that principals and others say at this point there isn’t a great deal of education around this, it doesn’t have to be that way – you can develop some curriculum around this.”

A working group to find common ground and solutions was proposed by Simmons and welcomed by Mayor Sumbul Siddiqui. Fantini agreed – essentially the final word before the roundtable moved on to other issues.