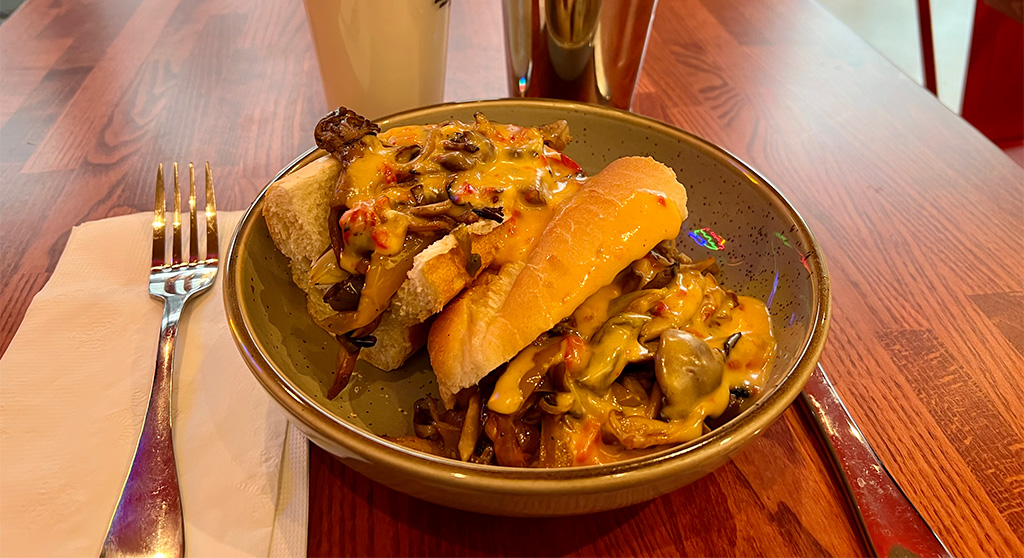 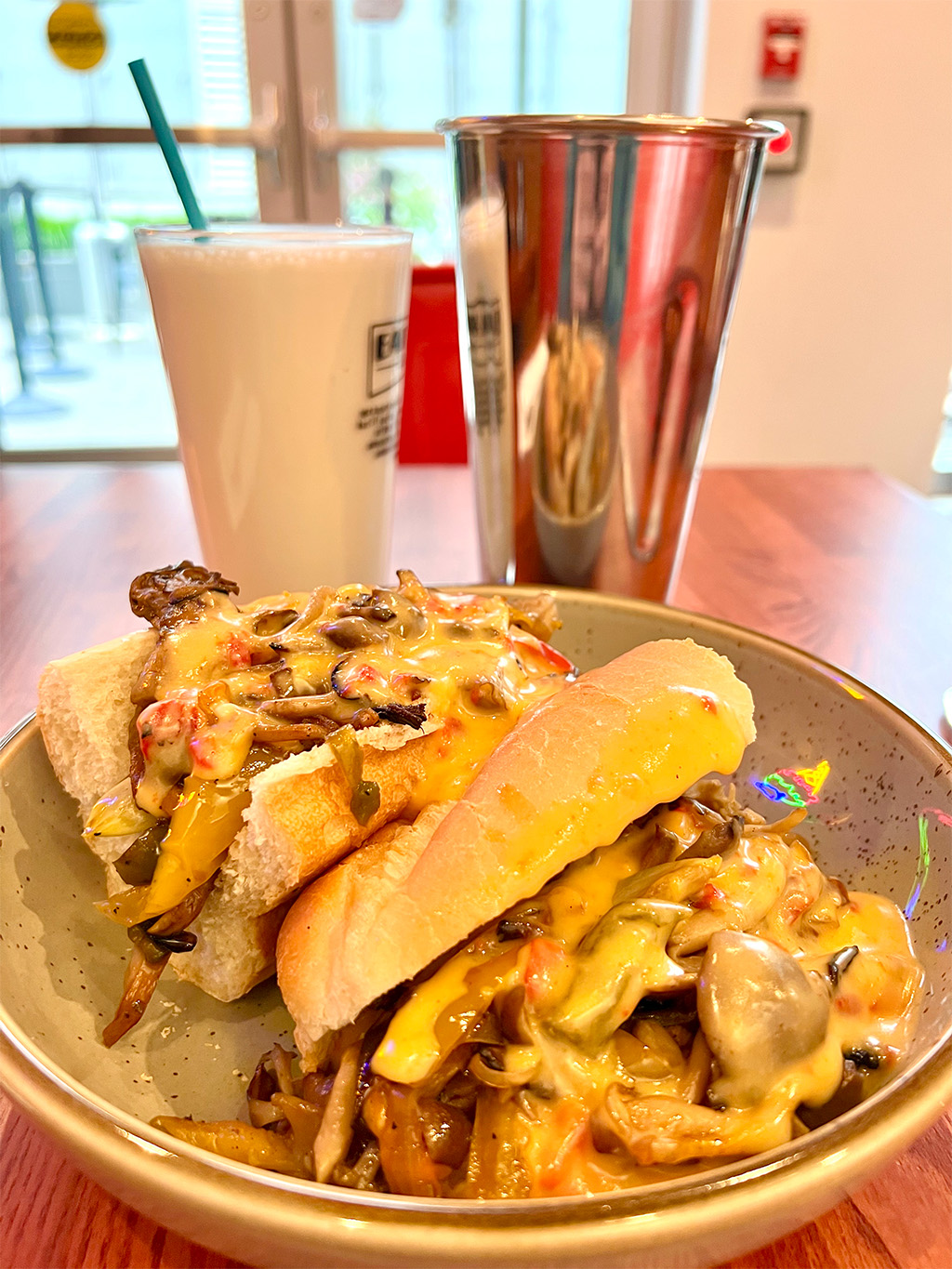 Funny to think that an ice cream shop would be a great place to grab a cocktail, let alone duck confit or meatless bolognese, but that’s what Earnest Drinks just north of Kendall Square is all about. It’s a zesty concoction with some goofy, if not zany, flourishes. The slightly ’50s, retro-drive-in vibe shoppe is nestled away in Gracie’s Ice Cream at the One Kendall Square complex by the Landmark Theatres Kendall Square Cinema – a double win if you’re a filmgoer. The concept is 100 percent local, as it’s the lone sister branch of Gracie’s Ice Cream in Somerville’s Union Square, loaded up with all-day noshing fare and boozy imbibes should you need them. 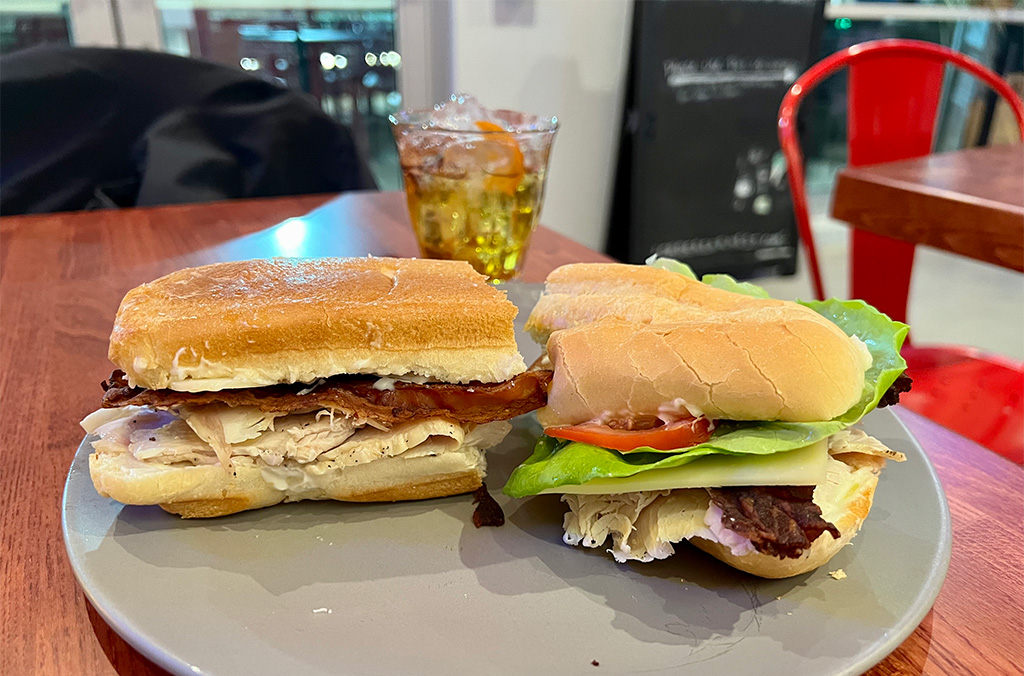 There’s a lot going on at Earnest’s. It opens at 11 a.m. and closes at 9 p.m., serving coffees and lunch – those dinner entrees were not offered on my visits, as I was told the multipurpose space continues to experiment – as well as expansive menus of wine and beer (local brewer Winter Hill Brewery featured prominently), milkshakes, booze-boosted milkshakes, concept cocktails and slushy brunch cocktails (mimosas, Bloody Marys and greyhounds). The white coffee milkshake is a rich and creamy winner, though on occasion I might request a shot of bourbon to be added to remind myself of what my dad called a “milk punch.” The mango sorbet margarita looks interesting, and there’s a Guinness float that’s just like the classic except it’s based on the Irish stout instead of soda. On my last visit I had the Darling, You Know, a spin on an old-fashioned with maple, cinnamon and cardamom in the mix.

The lunch menu is limited but unique. Basics include a meatball sub, the Linden turkey sub, a double hot dog special, the Pork Three-Way (barbecue pulled pork) and a classic muffuletta (olive paste, pickled vegetable and a battery of prosciutto, mortadella and genoa salami with Swiss cheese and provolone on a sesame bun). For the curious there’s Koolickle (aka Kool-Aid pickles, a Southern gas station tradition), which is salty-sweet with a vinegar bite. The item I’ve developed a yen for at Earnest’s, however, is the double mushroom cheesesteak, a meatless version of the renowned Philly classic with seasoned maitake and honshimeji mushrooms sautéed with onions and peppers and topped with a pimento cheese sauce, which can be vegan cheese sauce upon request. It’s a satisfying indulgence.

Funky or impishly wry would be the way I’d sum up the concept and ambiance of Earnest Drinks, with little pokes here and there that make you smile. The bathroom is a shrine to Dolly Parton where, when you hit the light switch, “Islands in the Steam” plays; Guinness in a can is listed with a suggestion to “Pour it in a glass before you drink it so you get some head.” The interior is small but cozy, with a handful of tables and barstools, and there is a patio with plenty of tables set among pleasing greenery and ample heaters – but a frappe on a cold day outside? 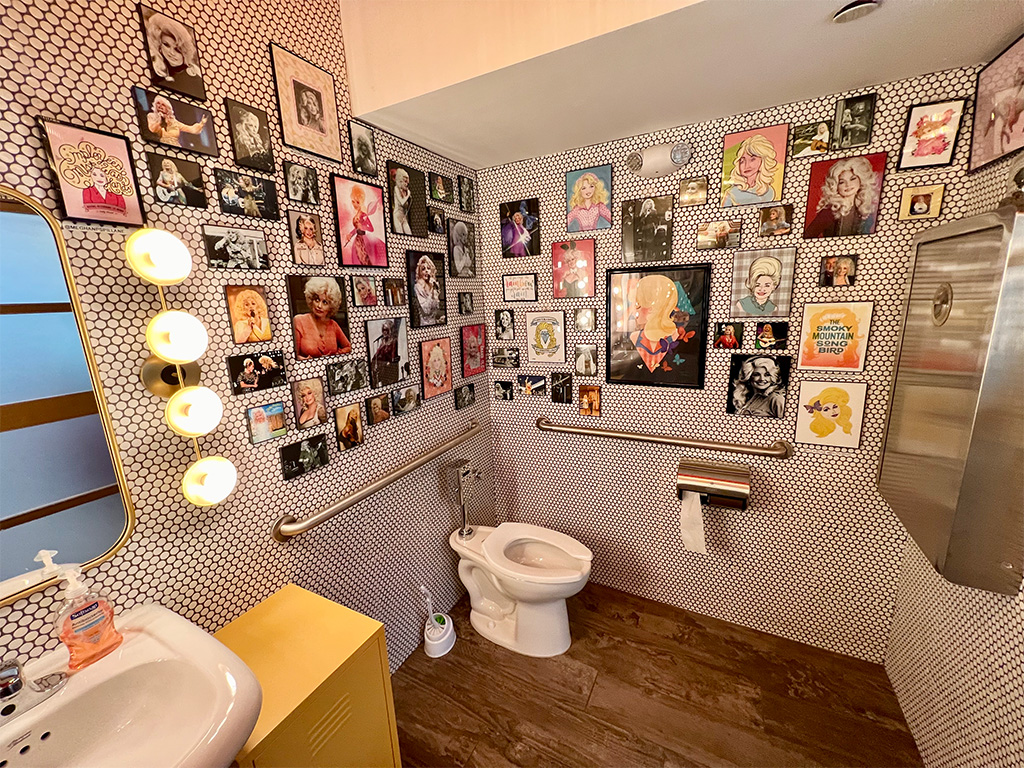 If I had one wish for Earnest’s, it would be for a website presence that showcases what the place is all about; right now it takes you directly to a takeout menu portal. (The online and in-store listing are different.) It’s big miss, because Earnest’s is an experience as well as an adequate place for a bite and a cup of joe, and that gets lost. What could be a real win too would be to add cinemagoer specials or deals – show your ticket and get an extra scoop; get a third hot dog free; and so on. But parking in the garage next door is already validated.