In the ’60s and ’70s, eating could be a political act (and more morsels from a panel talk about food) 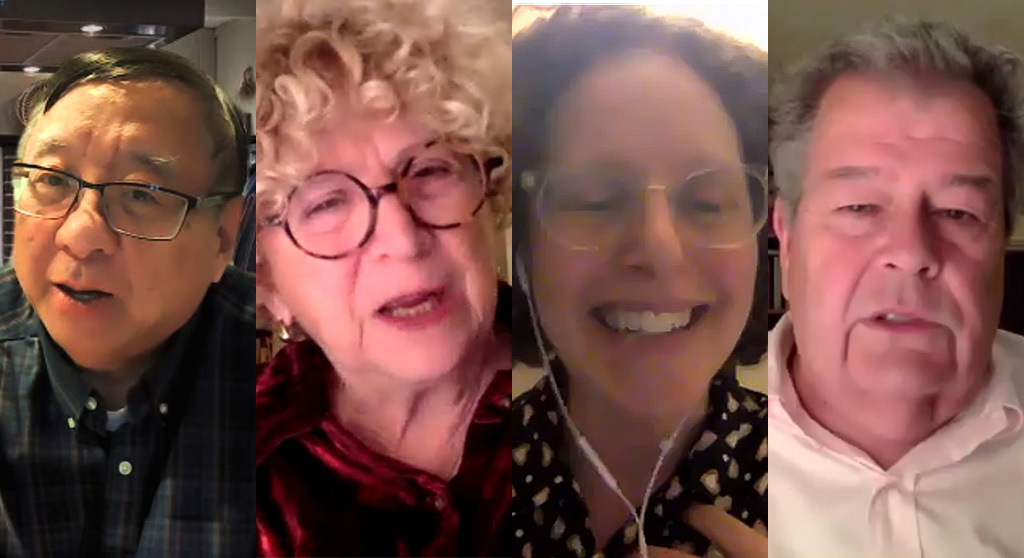 In the ’60s and ’70s, eating could be a political act (and more morsels from a panel talk about food)

Panelists in History Cambridge’s “How Has Food Mended Cambridge” on Nov. 15.

Over the course of 2021, History Cambridge has explored the ways the city repaired its social, economic and political fabric in the wake of historical crisis points, as well as what need for mending remains. As a means of physical and emotional nourishment, food has played a central part in the creation of family and community ties. On Nov. 15, we held our Fall Conversation, “How Has Food Mended Cambridge?” In a jam-packed session we heard from four speakers about the food scene in Cambridge from the 20th century to the present, exploring how Cantabrigians ate, drank and found community in the city’s restaurants, coffeehouses and ice cream shops.

Merry White of Boston University shared her experiences as a teenager in the 1950s coming to the world of Cambridge coffeehouses, which functioned as spaces not only for a caffeine boost but for political and cultural self-expression. Citing Peasant Stock, a predecessor to Dalí on the Somerville line where chefs rotated to cook French country food, White discussed how eating the cuisine of another ethnicity or class was an expression of solidarity with working people around the world in the turbulent class struggles of the 1960s and 1970s.

Stephen Chen, president of Joyce Chen Foods, shared his experiences growing up in a family whose matriarch introduced Chinese cuisine to the mainstream in Cambridge and beyond through her restaurants, classes and cookbooks. Many in the audience shared their own memories of eating at one of Joyce Chen’s restaurants and having the chef and proprietor take time to sit and talk with them.

Boston University’s Megan Elias took us on a virtual tour of restaurants, lunch counters and ice cream shops of the early 20th century, noting that dining out in formal restaurants was relatively rare, while smaller cafes and shops serving lunch and treats to the working people of Cambridge dominated the food scene in the 1910s and 1920s.

Gus Rancatore, founder of Toscanini’s ice cream, told us about his experience as a restauranteur, sharing his relationships with other small-business owners in the city and relating how he has seen the culture of food change over several decades.

Rancatore and other speakers concluded by speculating on what is next on the Cambridge restaurant scene, especially the ways in which shifting immigration patterns will bring new types of cuisine to the city in the coming years.

Thanks to the generous support of CambridgeSeven and Marriott Boston Cambridge, this program was free and open to the public. Look for the video to be posted soon.