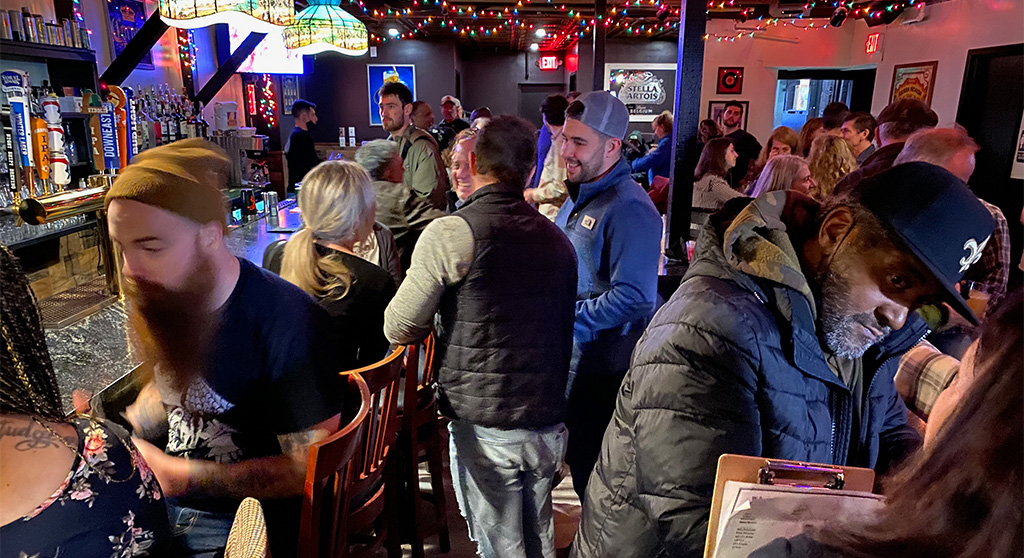 Even the Boston Poetry Slam is coming back
By Marc Levy 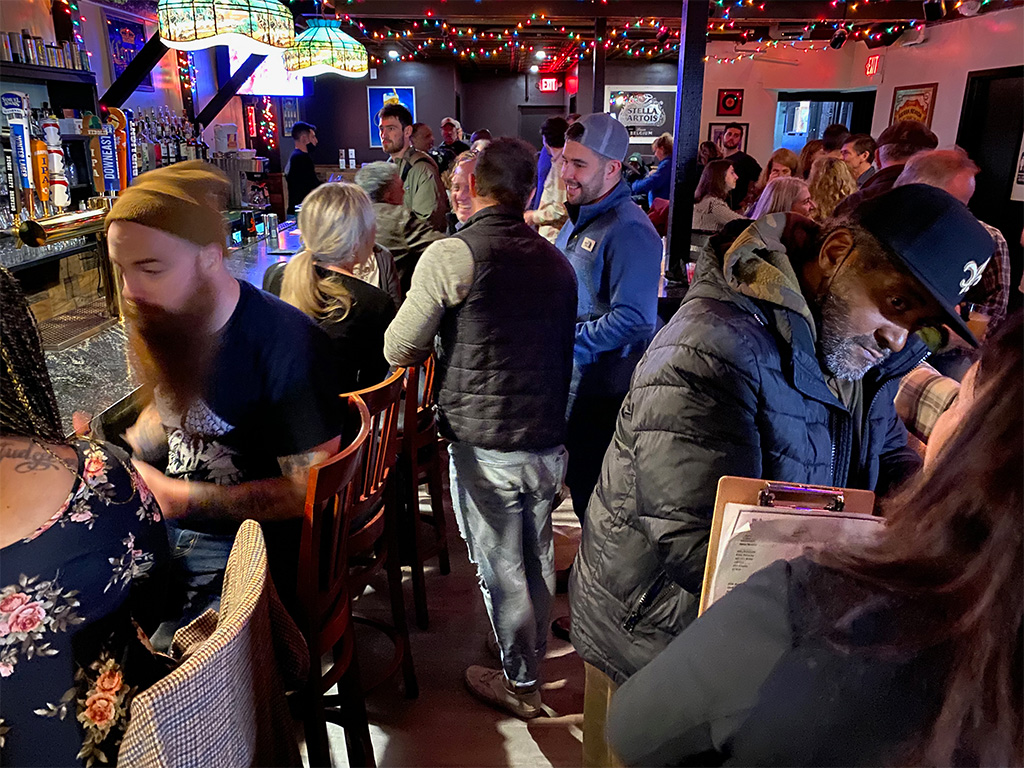 The crowd begins to fill in for Saturday’s private party at a reopening Cantab Lounge in Central Square. (Photo: Marc Levy)

The Cantab Lounge opened for a friends-and-family party Saturday that gave a peek at how well new owners Tim and Maureen Dibble have done refreshing a decades-old bar closed since March 2020: Perfectly.

The Cantab looks as it did for the past several years before closing, but shiny and even fresh-smelling – a shock to anyone who remembers the bar’s recurring sewage problem. The music is as you’ll remember it, with classic funk upstairs and edgier bands in the downstairs Club Bohemia space. And the same mix of people is apparent in who made it onto the guest list, including townies and transients, the young and old, and a racial diversity as well. 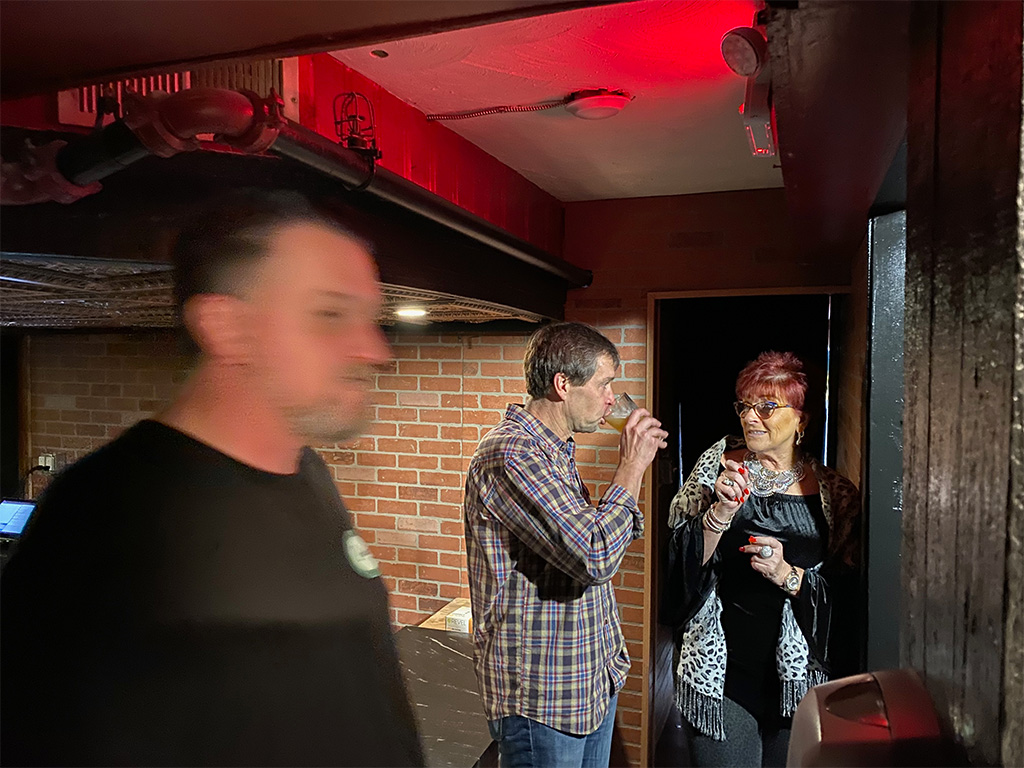 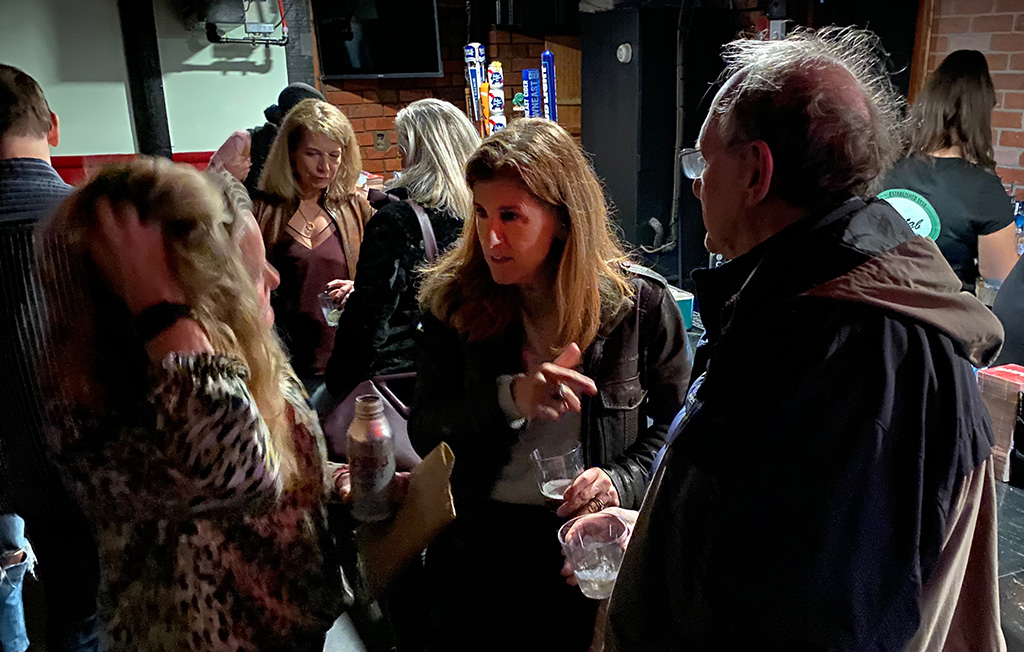 The guest list purposefully included regulars from before the shutdown, Tim Dibble said, calling the crowd “old friends and new friends” and explaining why it was important that the Cantab be preserved: While not the scene of the Dibbles’ first date, it was where Nos. 2 through 10 took place.

The biggest visible change to the Cantab is the presence of sparkling all-gender restrooms, now accessible to people in wheelchairs.

In a perfect cap to the night, it was revealed that even the Boston Poetry Slam is coming back: Simone Beaubien has passed onward leadership for the popular event, which has been held at the Cantab since Oct. 16, 1992, to poet Cassandra de Alba, and the slam is expected to hold its first event back Jan. 19, said Andrea Ballotta, who is working on Cantab promotions.

On Saturday, Cantab bouncers had to turn away visitors to Central Square who didn’t realize they were trying to crash a private party. The public’s first chance to get in is at 5 p.m. Wednesday, with Thursday starting a new residency for The Chicken Slacks. The now six-piece band specializing in revue-style soul and funk held a popular Thursday night residency before the decades-old club was closed and sold. 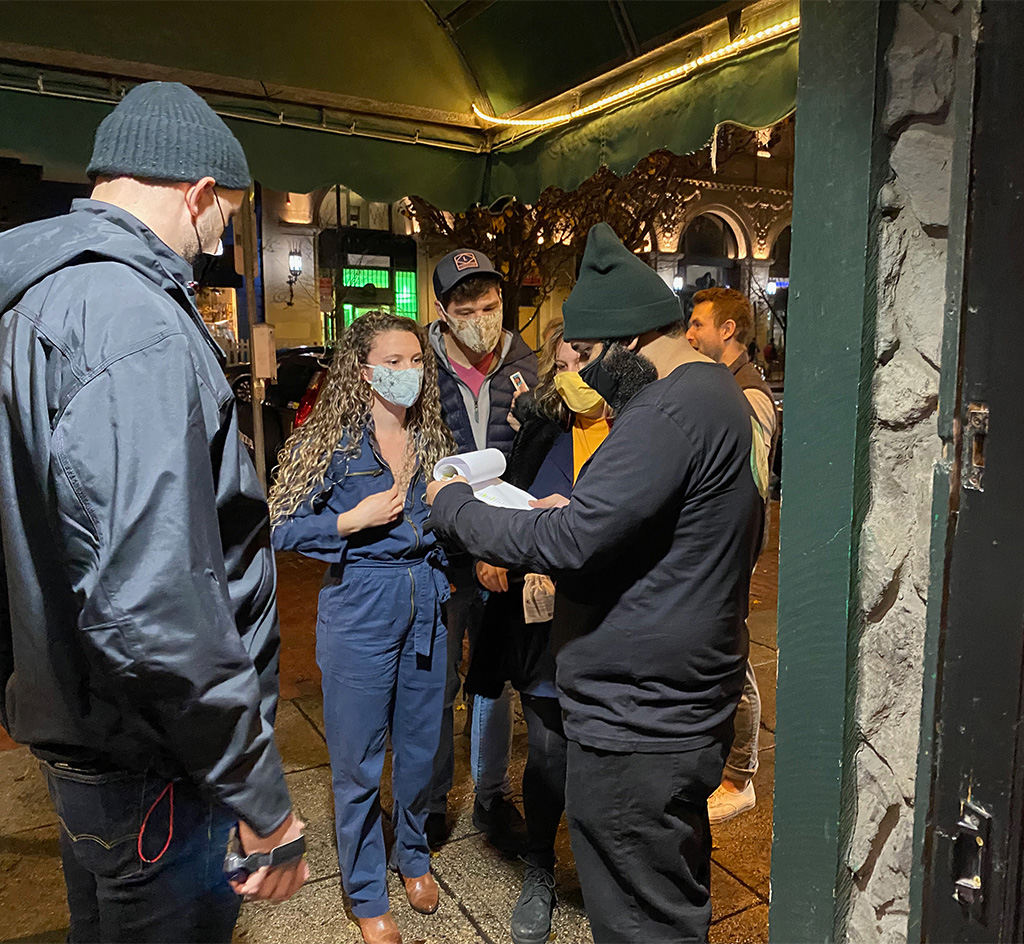 Not everyone was on the guest list. (Photo: Marc Levy) 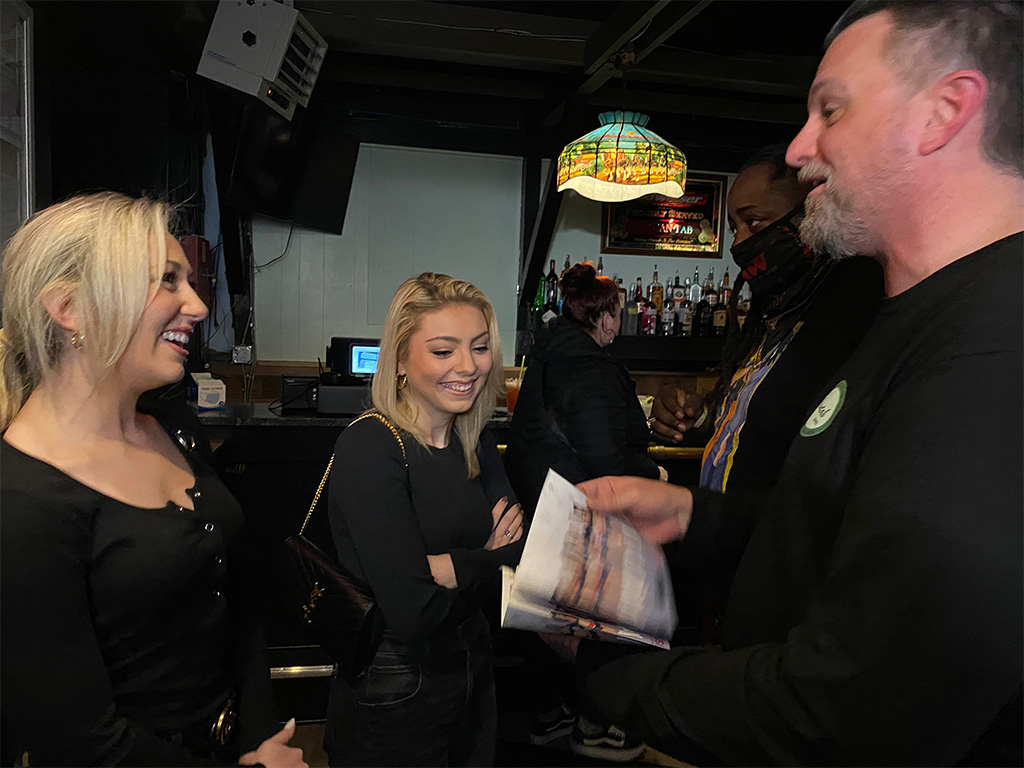 The music downstairs got started first Saturday, with an opening solo act named Miilo. For the record: The first song played at the new Cantab was Blondie’s “Heart of Glass.” Al Rosa followed.

The main booking for Club Bohemia’s reopening (followed by DJs Hava and Final Rose, who closed out the night) was Somerville feminist folk punk band Sidebody, only a few live shows in despite being together for the length of the pandemic – but lucky enough to be spotted by Cantab booker Mickey Bliss at an underground showcase and asked to play. “It’s momentous, because I’ve been here and know how many people have been here,” said Sidebody member and science writer Cara Giaimo, before taking the stage with Martha Schnee, Lena Warnke and Hava Horowitz. “I’m honored.” 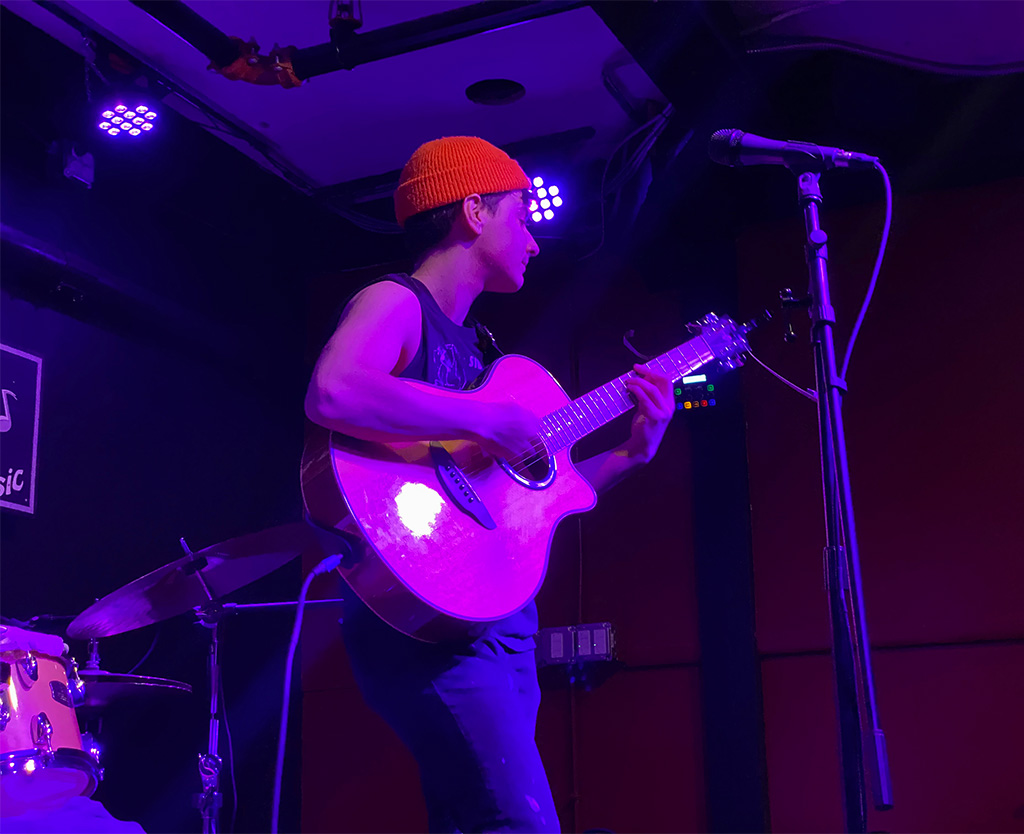 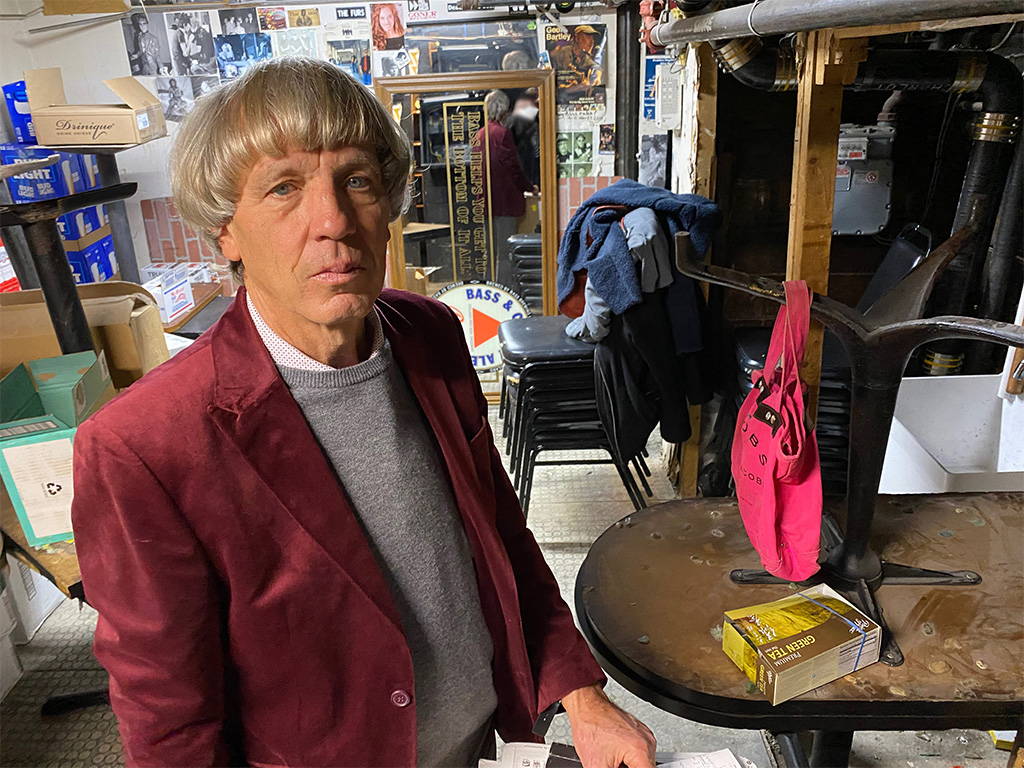 McCreary, best-dressed at the casual bar in dazzling black and red, said he was also honored to be playing. “Probably through the grace of god I got this event,” he said before taking the stage. “When I put this band together 30 years ago, it was because of Little Joe Cook.” 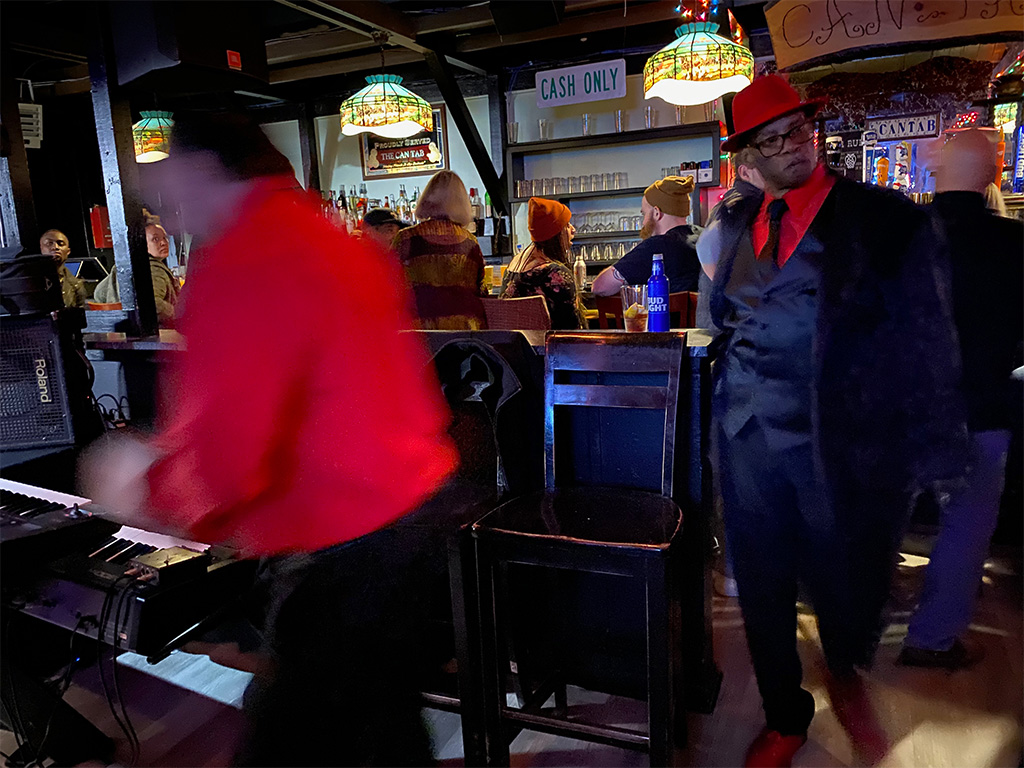 Cook, famed for his 1957 hit “Peanuts,” also famously had a residency at the Cantab until his death in 2014. (The Chicken Slacks followed.) In the 1990s, McCreary would come in and sing with Cook’s band – and when he found out McCreary didn’t have one of his own, Cook urged him to form one. Since Oct. 3, 1992, Richie Rich and 24 Karat Funk has played around the world, McCreary said, but it was the Cantab and former owner Richard “Fitzy” Fitzgerald who kept them going in lean times, when other clubs wouldn’t book them.

“It wouldn’t have happened if not for the Cantab,” McCreary said. “I dedicate tonight to the new owners and the spirit of Little Joe Cook.”