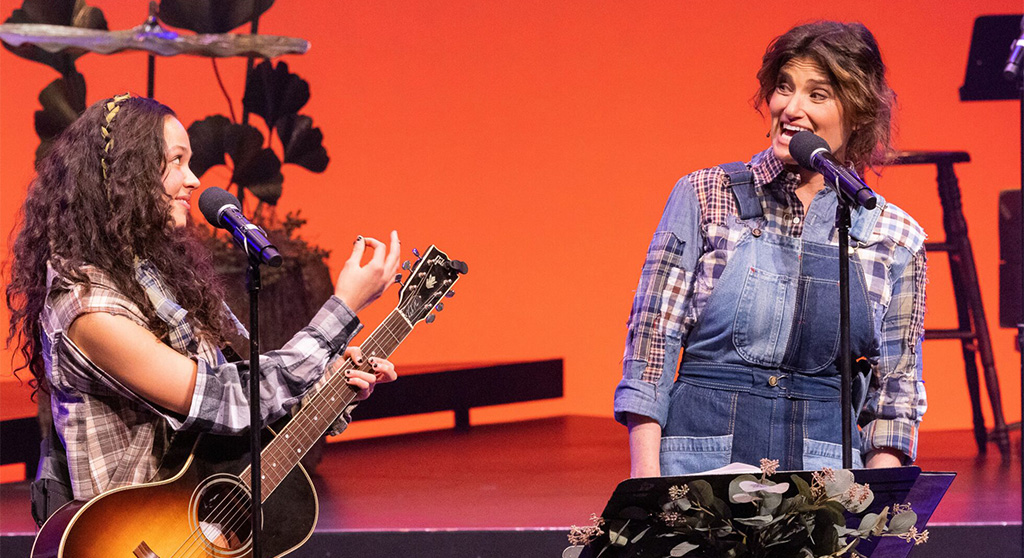 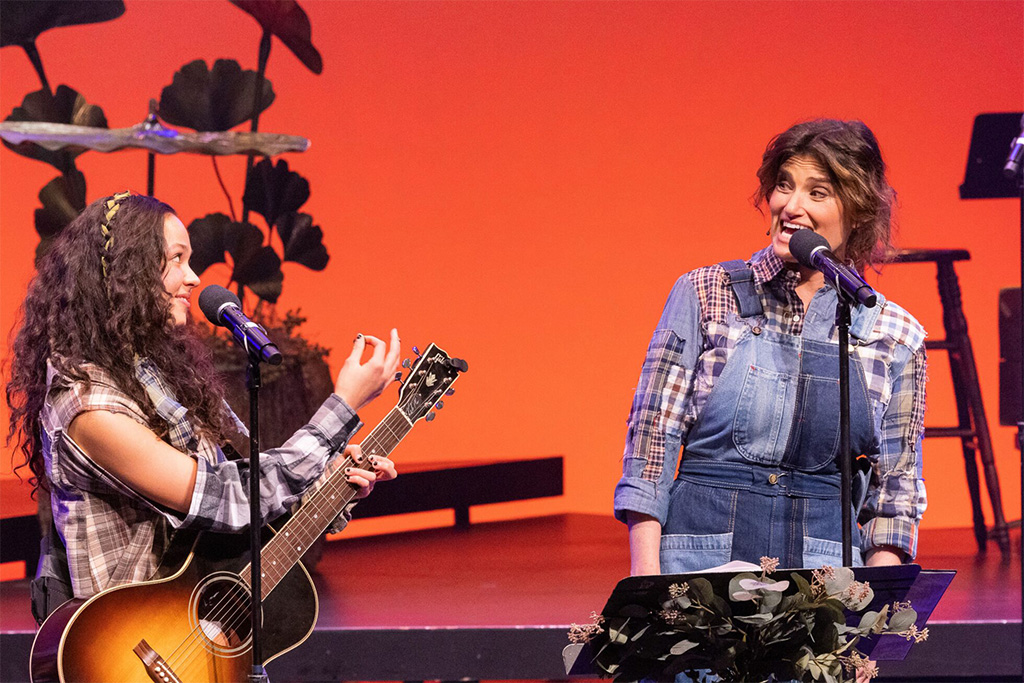 Admittedly, I was not 100 percent enthused about seeing a musical theater piece about climate change that was billed as a script-in-hand, concert production, but being a huge Idina Menzel fan as well as concerned about climate, I decided it might be worth it. Having seen it, I can say with conviction that even if you are not an Idina Menzel fan and are oblivious to the climate crisis, run, don’t walk, to your keyboard and order tickets to this musical happening. This is by far one of the most electrifying and energizing shows I have seen all year, delivering its urgent message with heart and hope. From the exuberant, toe-tapping opening number by the entire cast of “Mouths to Feed,” the audience knew we were in for something special.

Billed as a fable, “Wild” centers around a single mother, Bea (Menzel) and her teenage daughter, Sophia (YDE). They live in a farming community that has been hit hard by climate change, rendering them financially insolvent. The adults in the community are eager to lease their land to a group offering a much-needed $100,000 each; the children suspect the group of nefarious intent and implore their parents not to. When their parents ignore them, the teenagers resort to drastic means to get their attention.

The characters and conflicts are current. There is the single father who is having trouble understanding his nonbinary child, the couple wondering why their formerly compliant daughter has turned into an activist, the Trumper dad whose, son, Bicker, parrots his father’s beliefs only because he’s afraid of getting hit. Then there is the conflict between the pragmatic Bea, who desperately needs money, and the dreamer Sophia, who insists there’s a better way. The songs carry the show, whose book, while entertaining, does leave some troubling gaps – but it’s a fable, after all.

Menzel is glorious as Bea, the heartbeat of the show – she infuses the role with relish, pathos and humor. This is not a solo star turn, as the talented cast also manages to dazzle. Keep your eye on YDE, whose amazing vocal chops, particularly on the moving “Dear Everything,” caused ripples and murmurs in the audience (“She’s really good” was a phrase I heard a lot). Their connection as mother and daughter was poignant and believable. Paravi Das, as Forte, Sophia’s friend, had a stunning lower register, and Kingsley Leggs, playing her father, Mayor Maybe, had a melodious bass. And the emotional reckoning between Mr. Rail (skillfully played, along with other characters, by John Lamon) and Bicker (stirringly portrayed by Michael Williams) was heartrending. The added presence of the Boston Children’s Chorus drives the show’s message home further; if not for our children, then for who? It is their future at stake.

The show reads like a fully realized production, thanks to the adept touch of director Diane Paulus, and its recycling motif goes meta: Dan Soule’s set for “MacBeth in Stride” is the backdrop, and costume designers SiiGii, Roy Caires and Tommy Cole created costumes using repurposed, secondhand materials. “Wild” will give you faith in the transformative power of art, and the belief that if we stand together,  we can change the world.