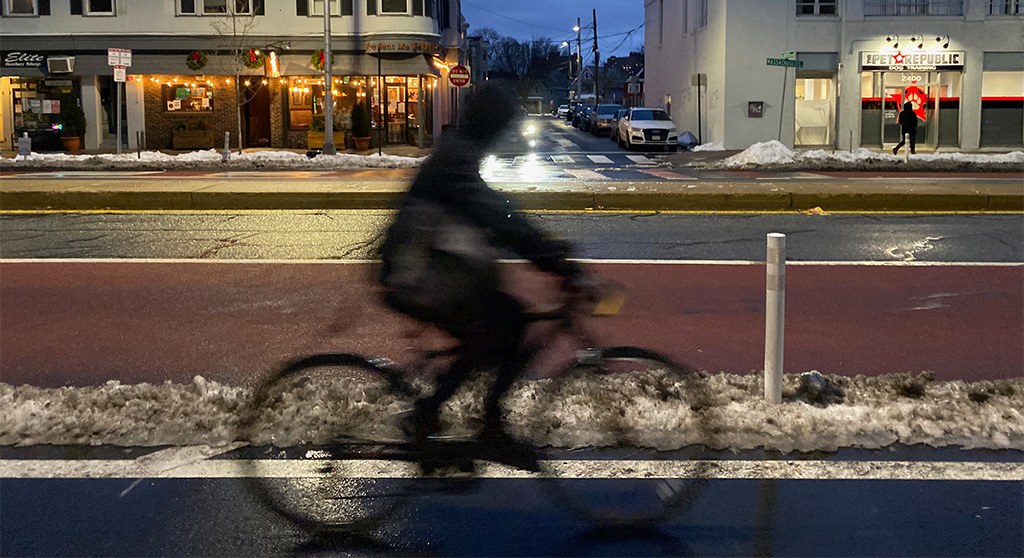 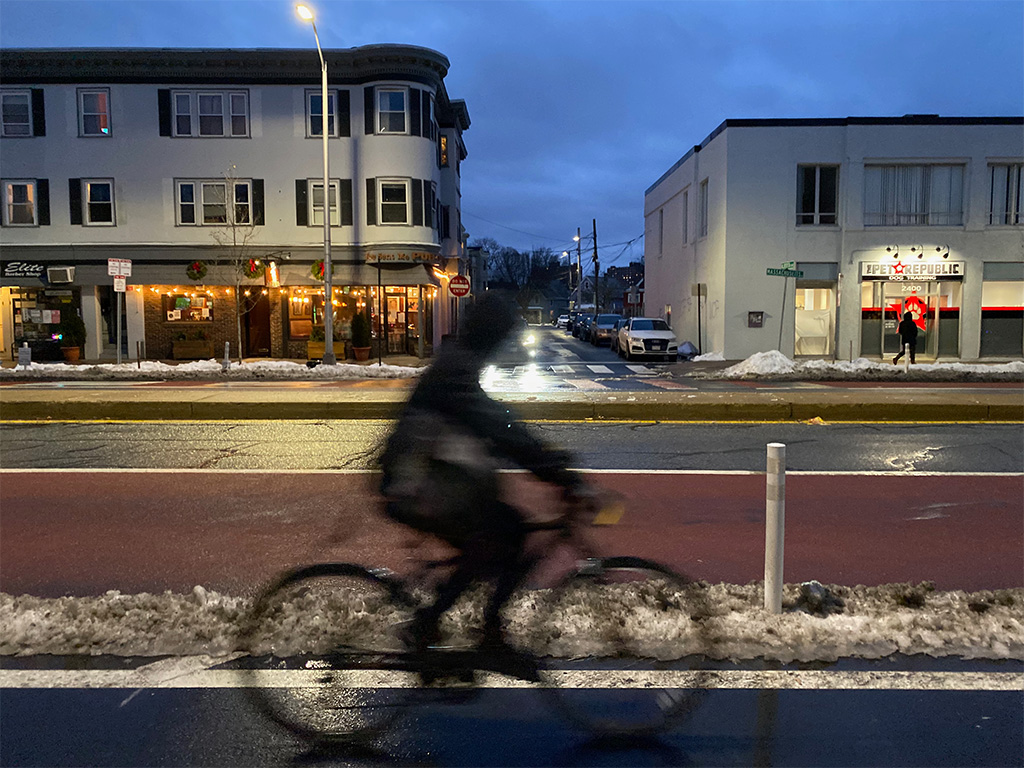 After a flurry of amendments and a substitution, the City Council on Monday unanimously passed two policy orders aimed at getting more feedback about the rollout of protected bike and bus lanes. The amended orders ask the city manager to convene a “committee of committees” to review their installation, replacing a call to convene a new group just for the purpose; and for city staff to meet with those affected by the recent rollout of lanes on North Massachusetts Avenue to alleviate their concerns and improve future transportation changes.

The united front shown by the council stands in contrast to developments in recent weeks that highlighted divisions within the community over the North Cambridge lanes. The council set its focus on improving community engagement and the process of installing the lanes while signaling its commitment to making cycling more safe by following the Cycling Safety Ordinance. “It is beyond question that riding in Cambridge should not make a person feel that they’re taking their lives in their own hands with every trip,” councillor E. Denise Simmons said in comments echoing those when she proposed the twin policy orders Dec. 20.

As it has for much of the past two months, public comment at Monday’s council meeting reflected that division, with a lengthy section devoted to hearing from some 75 people, though not all commented on the issue.

“Any further delay continues to put our cycling community at risk and hampers our efforts to reduce carbon emissions and meet the city’s 2050 carbon neutrality commitment,” said Dave Grubman, summing up the views of many opposed to the orders.

“I think the city is not actively involving the small businesses and residents who have been greatly affected by these changes, especially for seniors,” said Albert Duarte, who owns a dental practice in North Cambridge, channeling the exasperation expressed by many over the new bike lanes.

The orders, submitted by Simmons and former councillor Tim Toomey, were delayed when councillor Quinton Zondervan exercised his charter right to table discussion until Monday.

As originally written, the first order called for the implementation of a 20- to 25-person advisory committee on bicycle safety infrastructure, with appointments due by the end of the month. The second focused on convening meetings between Traffic, Parking & Transportation Department director Joseph Barr and Housing Authority representatives and neighborhood and business associations. The order also asked the city to consider a “new approach” for the rollout of bike lanes that does not result in the “significant loss of parking spaces.”

Zondervan continued to express hesitancy with them in the lead-up to the meeting. “The orders in front of us attempt to micromanage that work before we’ve even heard what the city proposes to do going forward, and they would also likely slow down the implementation of the ordinance. For those reasons, I cannot support them as written,” Zondervan said in an emailed statement Monday.

Bike safety advocates also worried that the orders would slow down or impede the implementation of protected lanes as outlined in the updated Cycling Safety Ordinance. “This [second] policy order would make construction of protected bike lanes impossible on many streets. Some parking changes will be necessary in certain locations if we are going to keep people on bikes from being injured or dying. And we can make these necessary changes in a way that allows for the needs of people with disabilities, seniors and businesses,” the Cambridge Bike Safety group said in an email sent to its mailing list Friday.

While bike activists expressed skepticism about the orders as presented in December, Nate Fillmore, a member of Cambridge Bike Safety, emphasized that the group seeks to be collaborative in finding solutions to the issues raised by those outside the bike safety community. “We all agree; there should be a standardized process for pre-implementation and post-implementation,” Fillmore said in an interview Monday.

“The council passed a policy order in December where they asked staff to establish a standardized process and a post-implementation review process to see whether there are things that can be improved,” Fillmore said, referring to one approved unanimously Dec. 6 that called for the city manager to confer with the appropriate departments in establishing a standard public process for implementing new bike lanes.

By Monday afternoon, all indicators pointed to a lengthy amendment process. Councillor Marc McGovern suggested he hoped the council could get to “something that everyone on each side of the issue can support.”

McGovern, vice mayor Alanna Mallon and Mayor Sumbul Siddiqui proposed a first change to the orders that leaned on existing commissions and boards such as the Pedestrian Committee, the Council on Aging, the Small Business Advisory Committee and more to create a “committee of committees” on bike lane installation. At the same time, the amendments added a section to put the council again on record as “reaffirming its commitment to a citywide network of protected bicycle lanes on the timelines described in the Cycling Safety Ordinance.”

“We feel these are balanced amendments that come from people on both sides of the issue,” McGovern said.

The three also presented a full substitution to the second policy order to focus on acknowledging the issues raised by the community about the November’s installation of lanes on North Massachusetts Avenue, convening meetings between the relevant city agencies and the community and learning from the process to improve future installations throughout the city. The substitution struck the verbiage about seeking to limit the “significant loss of parking spaces.”

In his first regular business meeting as a councillor, Burhan Azeem preferred the amended version. “I think setting up another formal committee would slow down the process. Having informal committees and utilizing the ones we already have is the right step forward,” Azeem said in a text exchange Monday.

Paul Toner, also new to the council, sought to amend the amendments. “I’ve been working hand in hand in finding alternative solutions to address the immediate needs of folks on North Mass. Ave.,” said Toner, who noted that he lives in the area affected by the rollout. His changes focused on ensuring improved public outreach for future bike lanes and the inclusion of feedback by residents and businesses feeling their impact. It would be especially important as the lane installations continued down Massachusetts Avenue where “there are more businesses and less parking.”

The amendments passed largely unanimously, with Simmons voting “present” on McGovern, Siddiqui and Mallon’s motion and Zondervan voting against Toner’s. Summing up the desire of the council to unite and move past the divisiveness of the past months, councillor Patty Nolan stated, “we need all hands on deck, not more divisions. Let’s come together.”

The amended policy orders were passed unanimously by all city councillors.

There’s a Jan. 31 deadline for City Manager Louis A. DePasquale to report back on the feasibility of setting up the committee on bike lane implementation and to follow up on the Dec. 6 order calling for a standardized public outreach process.