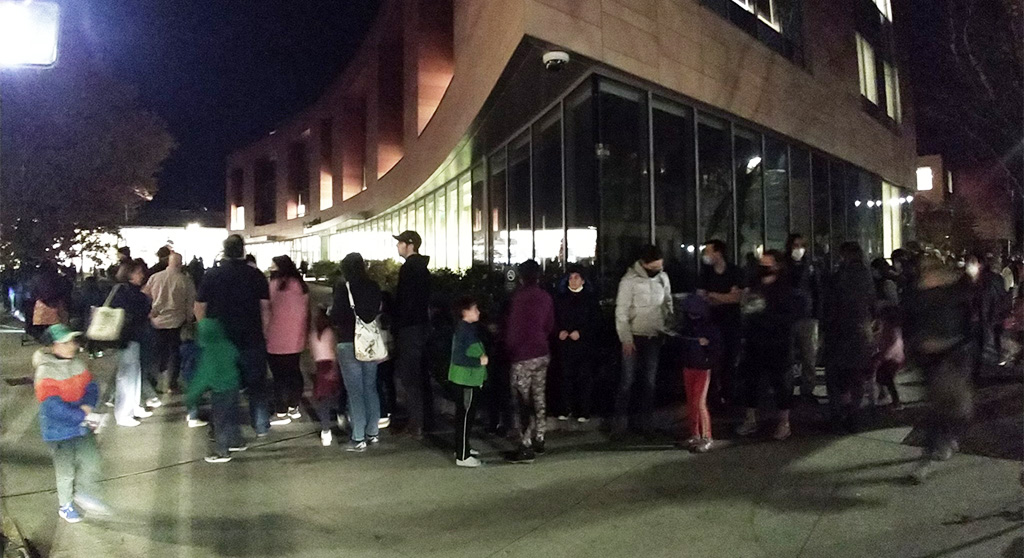 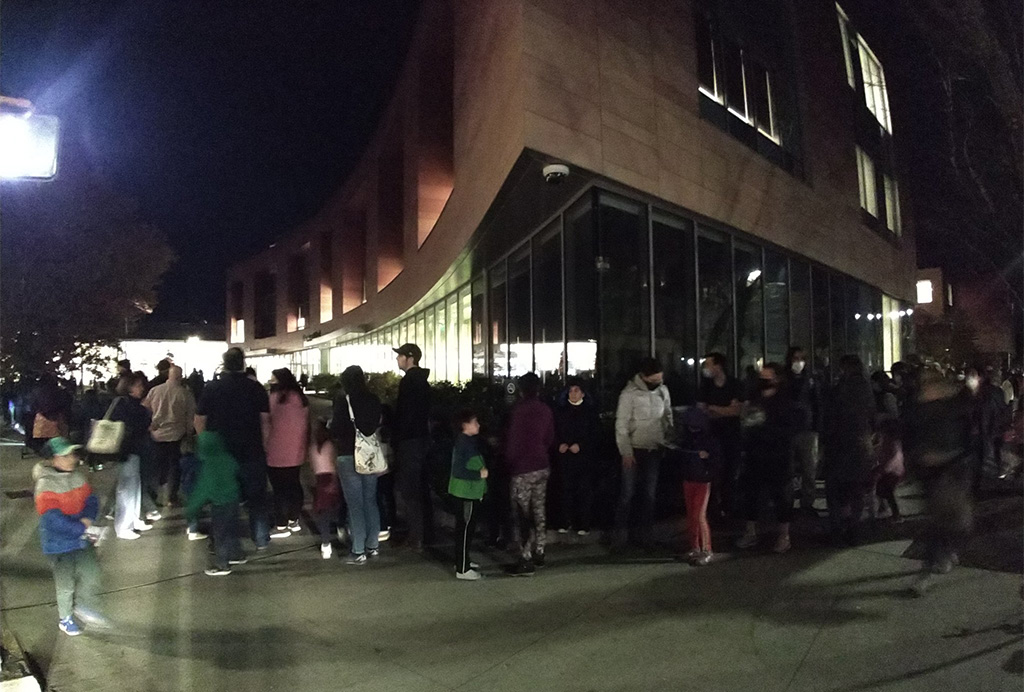 A student vaccination clinic Nov. 10 helped protect residents against the worst of a winter surge in Covid infections. (Photo: Alex Rapp via Twitter)

Cambridge’s Covid-19 case rate apparently has peaked and is plunging as fast as it shot up in December, similar to the trend statewide. Yet the rate is still higher than at any time before the latest surge. And cases in long-term care and deaths have been rising while hospitals remain full.

The city’s case rate rose steeply from 28 infections per 100,000 population on Dec. 1 to a peak of 299 cases per 100,000 on Jan. 9, fueled by the highly contagious omicron variant. (Cases are averaged over the previous seven days). Then the rate went into free fall. As of Friday it stood at 136.6 cases per 100,000, still quite high compared with previous pandemic surges.

Asked about the trend, Cambridge Public Health Department spokesperson Susan Feinberg said Friday that chief public health officer Derrick Neal would discuss the situation at Monday’s meeting of the City Council. But councillor Marc McGovern, who often telegraphs the views of the department in a weekly email, said in his latest message: “Wastewater and case data indicate that the omicron surge has peaked in Cambridge and the state.”

McGovern added: “While cases are declining, infection rates remain extremely high in Cambridge and the state” and said the health department still urges residents to continue precautions “to slow community spread of the virus.”

The amount of Covid-19 virus in the city’s wastewater has also been falling, along with the trend in the larger Massachusetts Water Resources Authority area north of Boston. Scientists say virus levels in sewage can be an early indicator of case trends.

A graph of coronavirus cases shows a winter surge far exceeding what the city encountered since the spring of 2020. (Image: City of Cambridge)

Yet two more Cambridge residents have died of Covid-19 in a week, from Jan. 13 to Thursday, bringing the total to 130. And the city’s nursing homes and assisted-living facilities are reporting more new cases in residents and staff despite high vaccination rates. Long-term care residents face high risk from Covid because of their age and poor health.

The public health department’s long-term care case count rose to 347 on Friday from 311 infections on Jan. 1. The city and the state numbers often don’t agree and can’t be compared.  State numbers come from reports from the facilities, based on testing of residents and staff. The city includes cases only if the person lives in Cambridge, which can eliminate people getting rehabilitation treatment in nursing homes and employees who don’t live here. The city does not distinguish between staff and residents.