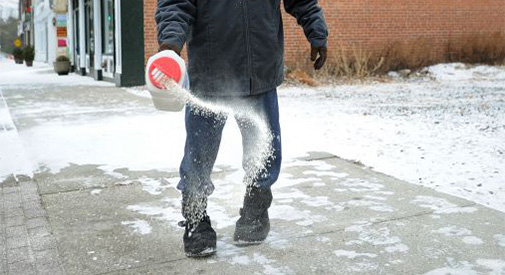 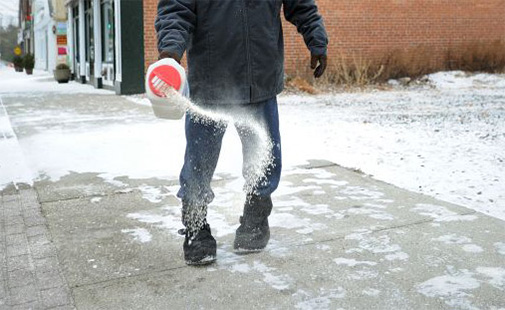 Cambridge officials have advice about snow removal as the city moves into cleanup mode after Saturday’s storm. (Photo: Cambridge Department of Public Works)

After getting an estimated 17 to 18 inches of snow Saturday, Cambridge said it is lifting its snow emergency parking ban as of 6 p.m. Sunday. Residents parked in one of its snow emergency off-street parking locations should leave by 8 p.m. to avoid being charged. Clear snow off of vehicles before driving, including the roof, use extra caution and give other vehicles and snow crews plenty of space, city officials urged.

Update on Jan. 31, 2021: Precision Weather Forecasting, which provides the city with its official snow totals, told the Department of Public Works on Sunday that Cambridge had seen 23.8 inches the previous two days – identical with Boston’s amount for the weekend.

Cambridge property owners should remove snow from sidewalks next to their property or business by 1 p.m. Sunday at a width usable by wheelchairs and strollers; city ordinance says sidewalks should be cleared of snow within 12 hours of daytime snowfall and before 1 p.m. when it has fallen overnight. Property owners must also remove or melt all ice within six hours of the time it forms. There is a $50 fine for each day of non-compliance. Residents and property owners are asked to promptly clear snow and remove ice next to their property, and corner properties are reminded that they are required to shovel and clear ramps at corners near their properties to help make crossing safer. Uncleared sidewalks can be reported online here or through the Commonwealth Connect app. The city also encourages residents and businesses to clear snow from the nearest fire hydrants and catch basins. Shovel first and then salt or apply de-icer to avoid excessive runoff into waterways, officials advise.

In Somerville, property owners and businesses have until 1 p.m. to clear sidewalks. With its snow emergency still in effect until 6 a.m. Monday, cars must remain parked on the odd side of the street unless city signs say otherwise. Monday will see a two-hour delay in the opening of Somerville Public Schools; and Somerville city offices and public library branches opening at 10 a.m.

Until the the Cambridge Department of Public Works offers a total, snow estimates are based on reports from nearby communities including Belmont and Lexington. The National Weather Service said Boston has tied its record for biggest one-day snowfall at 23.6 inches, matching what arrived Feb. 17, 2003, but with 0.2 inches arriving Friday, its total was 23.8 inches.