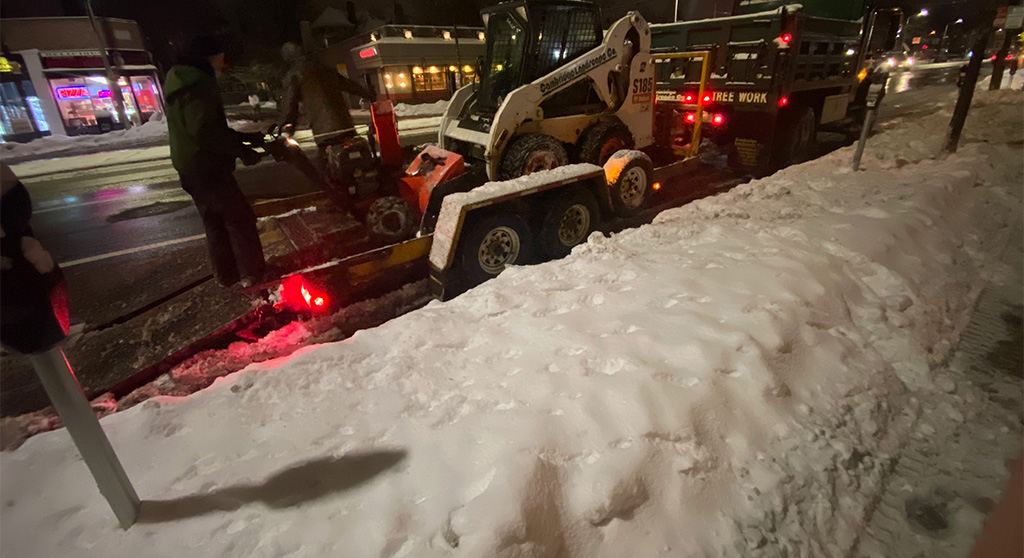 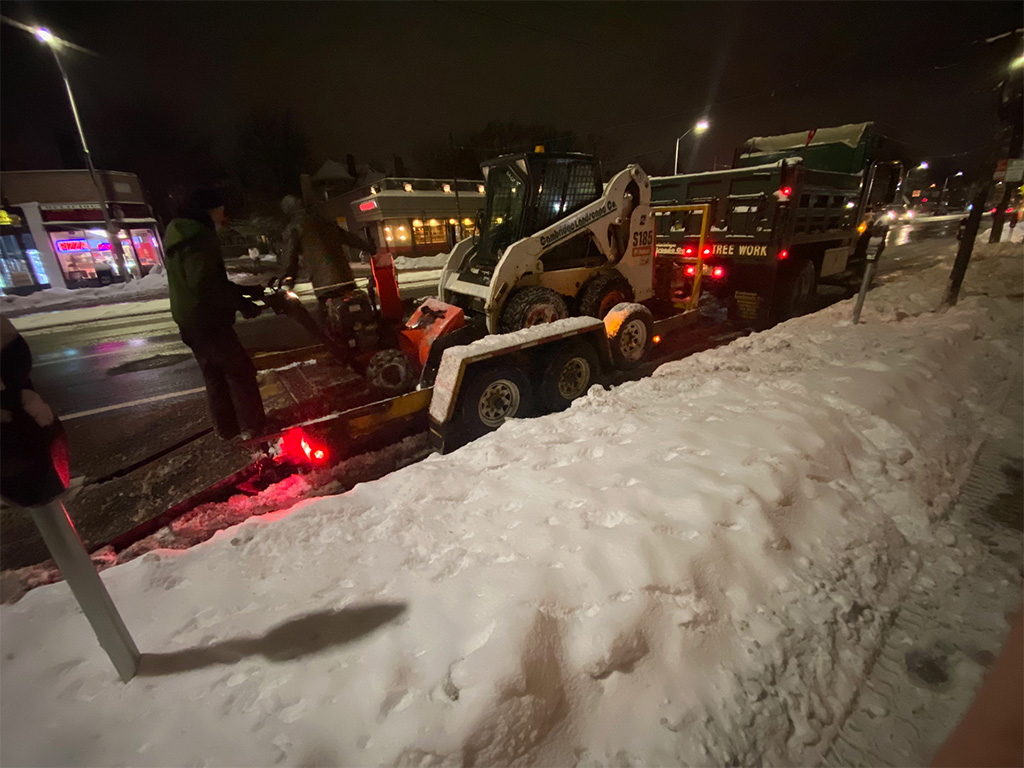 As few as 17 inches of snow but as many as 29 inches are expected to land this weekend on Cambridge and Somerville according to National Weather Service estimates Friday, with wind chill factors potentially reaching -7 and gusts of wind as high as 50 mph.

After a winter with snowfalls of just a few inches here or three but some harsh cold snaps, this is the big one.

His department is seeing “significant variability” in snow estimates, anything between 15 and 30 inches over a 24-hour period with the maximum intensity being felt around midday Saturday, and accompanied by significant winds. “True blizzard conditions,” O’Riordan said.

AccuWeather chief meteorologist Jonathan Porter warned that snow may fall at 2 to 4 inches per hour, “far more snow than even the most experienced road crews are used to, and can easily cause roads to become dangerous and impassable. Our concern is driving us to include in our forecasts that extreme snowfall rates can strand motorists and can quickly become a life-threatening situation.” Temperatures in the teens and wind gusts of 50 mph will make it feel as though it’s 15 to 20 degrees below zero, resulting in the risk for hypothermia within minutes, he said.

“Travel is going to be impossible in these areas,” Porter said. “it is a good idea to determine where you want to be during the storm, get there safely and stay put from Friday night into Sunday. Travel conditions will still be a big challenge on much of Sunday as blowing and drifting snow across roads.”

Though the state’s Department of Transportation said it has some 3,900 pieces of state and vendor equipment available for snow and ice operations on highways, including more than 1,400 plow and spreader combos, 2,100 plows and 460 front-end loaders, its leaders also were urging people not to drive. “we expect there to be whiteout conditions at times, debris on the road and power outages,” MassDOT highway administrator Jonathan Gulliver said.

The 2020-2021 winter season saw just over 45 inches of snow, and this weekend could account for 62 percent of that in one go. On the bright side, after releasing $1.7 million to cover snow-related expenses for the season, the City Council approved $650,000 for new and replacement snow equipment and $400,000 on snowstorm-related street repairs.

The dire forecast means snow emergencies are being put in place in the cities – Cambridge’s as of 11 p.m. Friday and Somerville’s beginning at 4 p.m.

“Winter storms and extreme temperatures pose a severe risk to the safety and health of people remaining outdoors,” Cambridge officials warned online, urging people to care for the stranded homeless by calling the FirstStep Street Outreach team at (617) 592-6895 or Cambridge police at (617) 349-3300.

The snow emergencies have more mundane effects too: Covid testing sites and libraries in Cambridge will be closed, and vehicles parked on streets that are posted with “No Parking During Snow Emergency” signs will be ticketed and towed until the bans are lifted, usually taken to one of the impound lots in Cambridge or Somerville and will be returned only with a hefty payment — usually $120 for the tow and $35 for every day a car is on the lot. The ticket is paid separately.

A map of affected Cambridge streets and free-parking sites is here.

In Somerville, the emergency means that beginning at 4 p.m., cars will have four hours (until 8 p.m.) to move to the odd-numbered side of the street or to designated city parking lots listed at somervillema.gov/snow. Parking is not allowed in school lots during snow emergencies, and gates will be locked.

Updates: For Cantabrigians, updates and information on when the ban will be lifted will be made available once determined via recorded message during non-business hours and live assistance during business hours at (617) 349-4700. This information will also be posted online as soon as possible on the City of Cambridge website and on its cable channel City TV-8. Sign up to get snow emergency alerts via a text message to your cell phone or to your email by clicking on the CodeRED box on the City’s Website.

Plowing operations
The Department of Public Works will clear streets as soon as possible after a snowstorm, starting with major arteries. “Please don’t take it personally if we plow snow back into your driveway, but as we work to make streets passable, it is often unavoidable. Your patience and participation help the city return streets and sidewalks to safe, passable conditions as quickly as possible,” city officials have told residents during past snowfalls.

Keep sidewalks clear
City ordinance requires property owners to remove snow from sidewalks next to their property or business within 12 hours of daytime snowfall and before 1 p.m. when it has fallen overnight. They must also remove or melt all ice within six hours of when it forms. There is a $50 fine for each day of noncompliance. If you are away, it is still your responsibility to ensure that someone clears sidewalks next to your property. Remember to:

For information, visit the Department of Public Works.