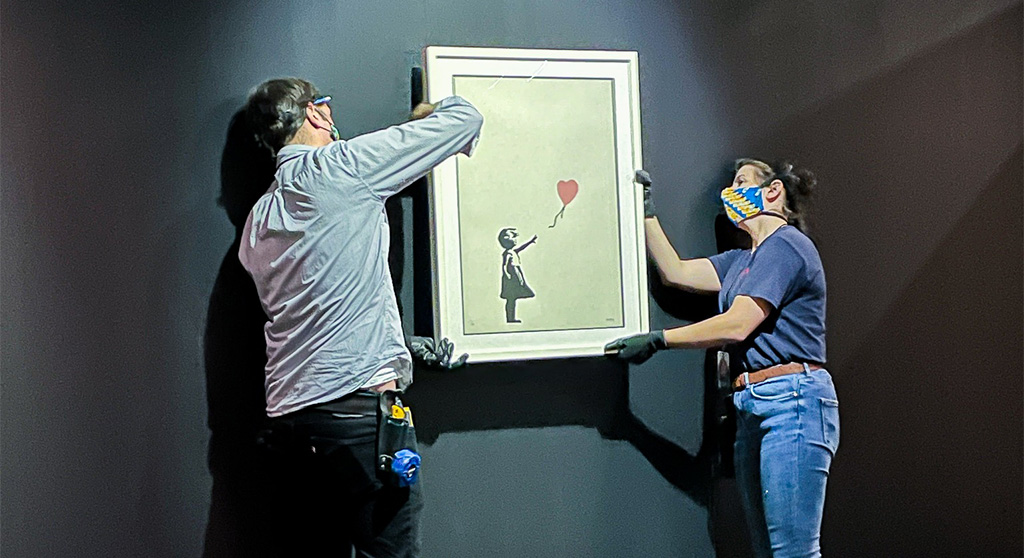 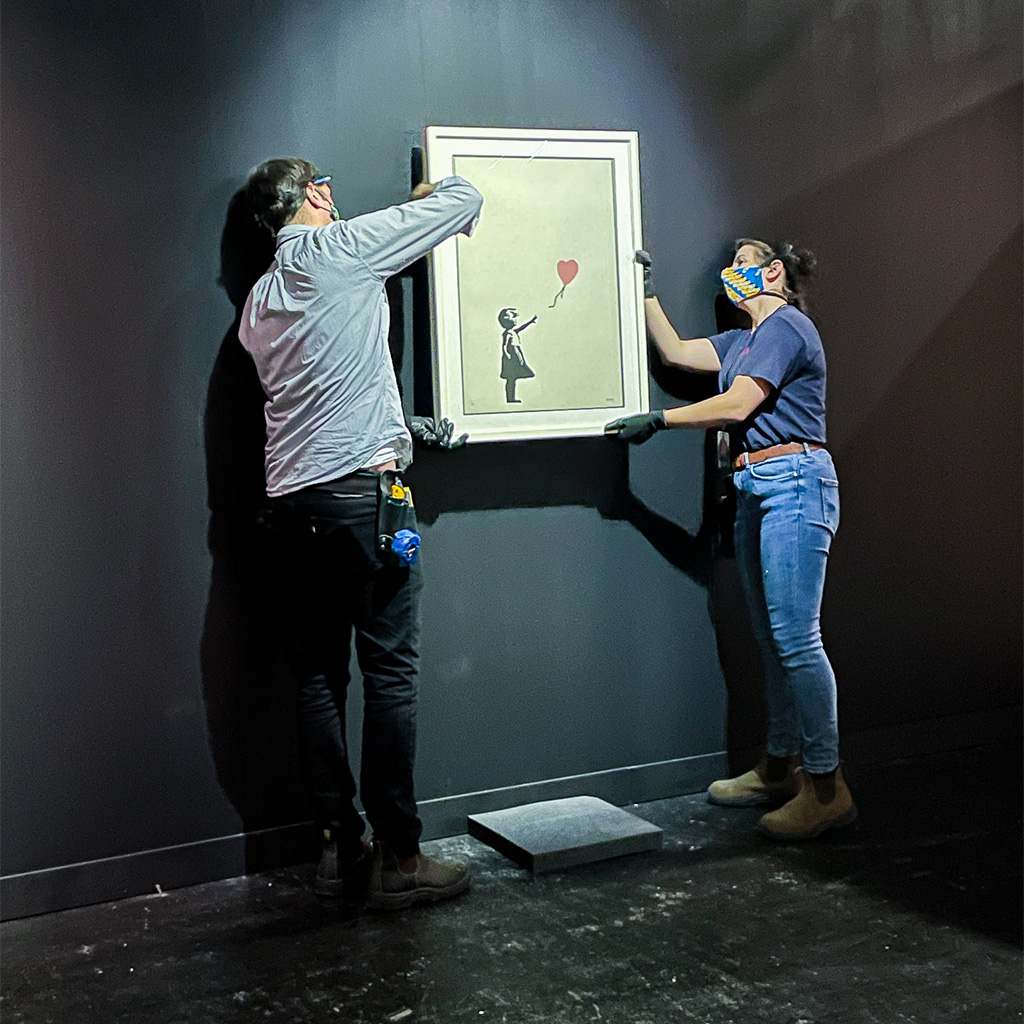 “Girl With Balloon” by Banksy is installed in San Francisco last year for its “The Art of Banksy” exhibit. The show opens in Cambridge on Thursday. (Photo: The Art of Banksy via Facebook)

A touring exhibit called “The Art of Banksy: The Unauthorized Private Collection” opens in Harvard Square on Thursday, with expected demand keeping it until May 15.

Tickets ranging from $40 to $110 went on sale in January, and crews have been loading in artworks at 12 Palmer St. for the past couple of weeks, said Denise Jillson, executive director of the Harvard Square Business Association. Sculptures, tables and chairs have been moved from Palmer Street to prepare for crowds coming to see the exhibit – though a piano has been left for the same reason.

“People can be entertained while they’re waiting to get into the exhibit,” Jillson said.

The exhibit could be the first Banksy art in Cambridge since at least May 2010, when a work called “No Loitrin” showed up on the brick wall on Essex Street in Central Square, immediately behind where a Supercuts operated. A Banksy called “Cancelled” appeared on Essex Street in Boston’s Chinatown at the same time. With the documentary film “Exit Through the Gift Shop’’ playing in Kendall Square since late April of that year, the area had Banksy fever – though there were doubters that the Central Square piece was authentic. 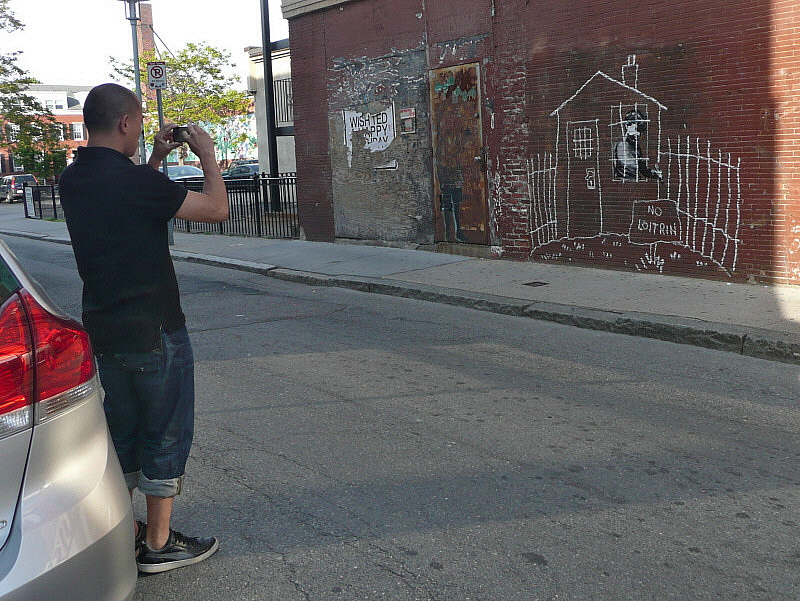 A passerby takes a photo May 13, 2010, of a purported Banksy that showed up on Essex Street in Central Square. (Photo: Lorianne DiSabato via Flickr)

Banksy, whose identity is a secret, has a graffiti-influenced stencil technique that’s often combined with anti-establishment slogans. Despite his anarchistic, prankster’s approach to art and his political bent, the touring collection is estimated to be worth $35 million. (A single Banksy, “Love is in the Bin,” sold for $25.4 million last year at a Sotheby’s auction. The piece was notorious for partially destroying itself in a shredder built into the frame, shocking an audience in 2018.)

This exhibit will feature more than 100 original and authenticated works by the artist from private collectors across the globe, making it the largest group of Banksys assembled – though that’s underplaying the accomplishment; GTP Exhibitions, the producer and curator of the show, has consecutive touring exhibitions in San Francisco and Denver. Each have unique pieces as well as “works the artist himself has duplicated,” the company said, though all were compiled without the involvement of the artist.

Pieces such as “Girl and Balloon,” “Flower Thrower” and “Rude Copper” will be shown with some lesser-known art. Prints, canvases, screen prints and sculptures are included, mainly from between 1997 to 2008, the period that resulted in Banksy’s most recognizable and well-known works.

Jillson said she expects visitors from around the region, and that the setting for the show was “fitting.”

“With iconic Passim across the street, The Sinclair around the corner, the beloved Brattle Theater and the A.R.T just steps away and our world-class Harvard Art Museum down the street, Banksy is in very good company,” Jillson said.

The 12 Palmer location, which Jillson estimated to be around 3,000 square feet, is the “Middle Coop building” of the Harvard Coop stores. Once filled with stuff students needed for their dorm rooms, it has been empty since the Coop underwent a renovation in 2020 around it, opting to make it available for temporary uses such as the exhibit until a new permanent use is decided.