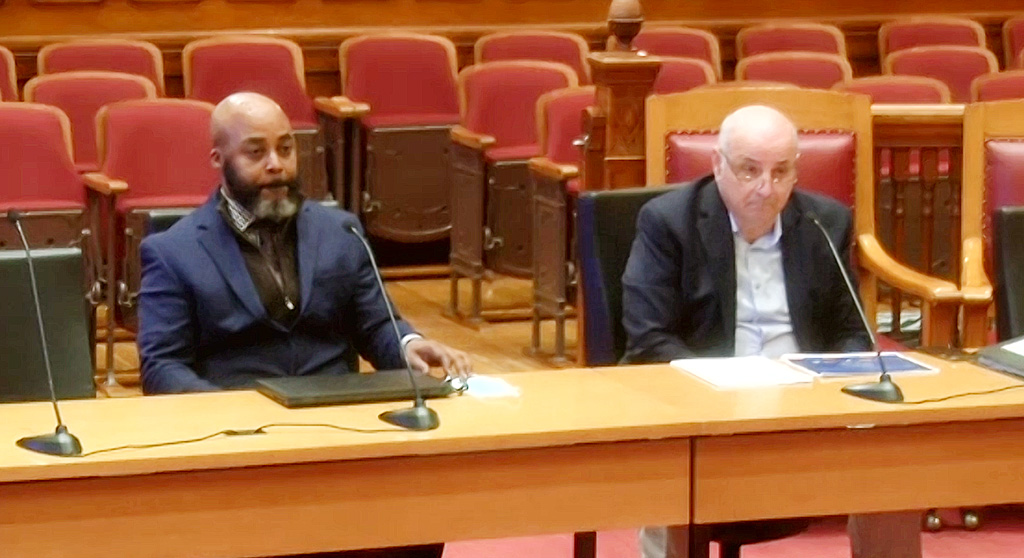 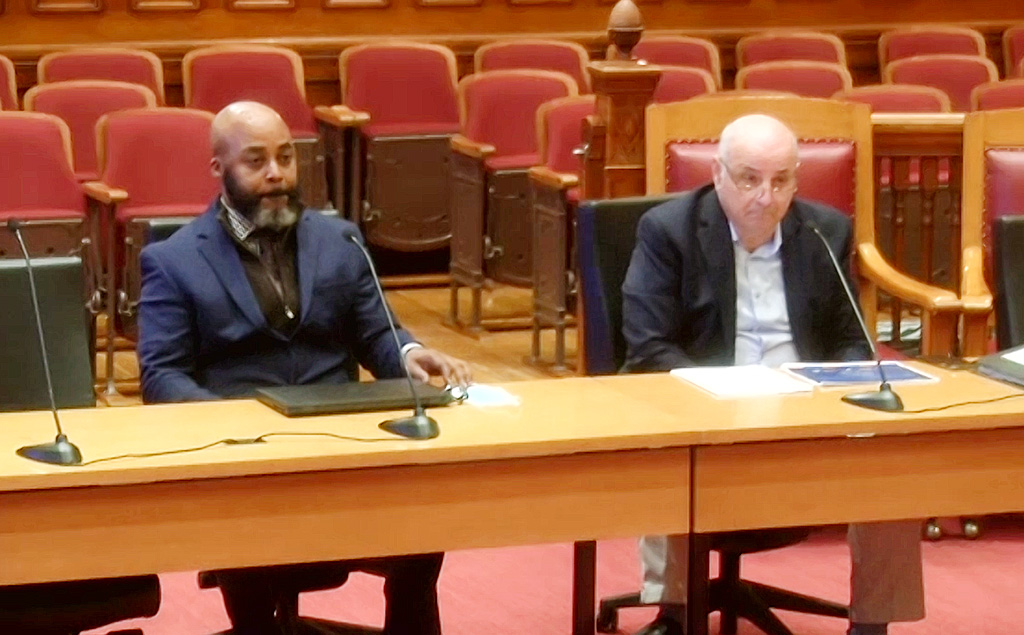 A mostly barefaced City Council ushered in the next stage of the city’s Covid-19 response Monday, the first day in almost two years that Cambridge does not require masks in any setting. Only two of the nine councillors at their regular meeting in City Hall, Quinton Zondervan and E. Denise Simmons, wore face coverings. City Manager Louis A. DePasquale and chief public health officer Derrick Neal had no masks as they sat side by side.

The city lifted its indoor mask mandate in city buildings effective Monday, trailing the end of the mandate in other buildings March 14, citing lower Covid-19 cases and levels in sewage. Cambridge first required masks – outdoors – on April 29, 2020. Masks are still required on public transportation and in health care settings.

Neal made a point of explaining why he went maskless at the council meeting, saying he was employing “situational awareness. I know that Louis is fully vaccinated, and I feel reasonably comfortable removing my mask before I enter this room.”

He added a note of caution. “I want to emphasize that lifting the mandate didn’t eliminate masks – it will make them optional,” Neal said. The Cambridge Public Health Department still recommends that unvaccinated residents and those who are “at higher risk for serious illness because they are immunocompromised or have an underlying medical condition” wear a mask indoors in public spaces, he said.

“And lifting the order doesn’t mean, obviously, that Covid has disappeared from our community,” Neal said. “People are going to need to assess their personal and household risk and decide whether – when they will need to mask up.”

“Out of the hands of public health”

Leaving it up to individuals whether to wear a face covering worried one of the councillors still wearing one: Zondervan. “Not everybody has control over their situation where they can or cannot protect themselves properly. We have vulnerable residents, as you point out, who may not have control over that. So I am a little bit concerned about that reframing, because what happens if we have another wave?” Zondervan asked. Would the city reimpose a mandate or continue telling individuals to decide, he continued.

Neal replied: “We are prepared as a public health department to reinstitute the mask mandate, [and] if the numbers so dictate, we will do so.” He added, though, that it would remain up to individuals whether to comply, declaring that “this pandemic has been out of the hands of public health since the beginning” and that public health leaders could only educate the community on “mitigation practices.”

The end of the mandates came as the number of cases among Cambridge residents has fallen sharply from a record-breaking peak in early January from the highly transmissible omicron variant but remains higher than at most other times during the pandemic. Meanwhile, a subvariant of omicron, BA.2, that is even more contagious now predominates in Massachusetts. Neal said that if there is another surge it would be difficult to tell whether that was caused by BA.2 or “behavior,” presumably because masks are no longer required.

The city is also reducing its free walk-in Covid-19 testing program to one day a week next month but will continue joining with the private company CIC Health to offer free tests every day by appointment. DePasquale said the administration is talking with the company about expanding the appointment-only option to more hours.

DePasquale also reported that a voluntary survey of city employees in February about their vaccination status showed that 82.3 percent of those who responded were fully vaccinated and boosted.

The 826 employees who answered the survey make up a little more than half the approximately 1,600 city employees outside the school department, where vaccination is required. DePasquale also said “some work groups” among employees “reported lower rates of up-to-date vaccination and would potentially benefit from further outreach about convenient vaccination clinics to receive the booster shot.” He said the city will work with the health department to do so.

DePasquale didn’t identify the “work groups.” DePasquale resisted strong efforts by the council to require city workers to be vaccinated, and the administration took months to carry out the survey after discussions with councillors as far back as last summer, according to Mayor Sumbul Siddiqui. None of the councillors at Monday’s meeting asked about the findings.