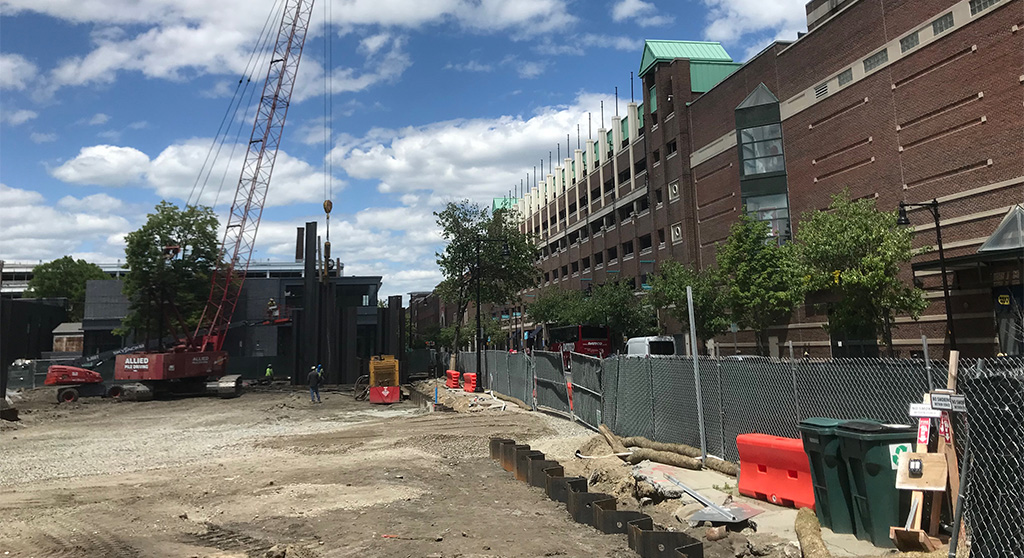 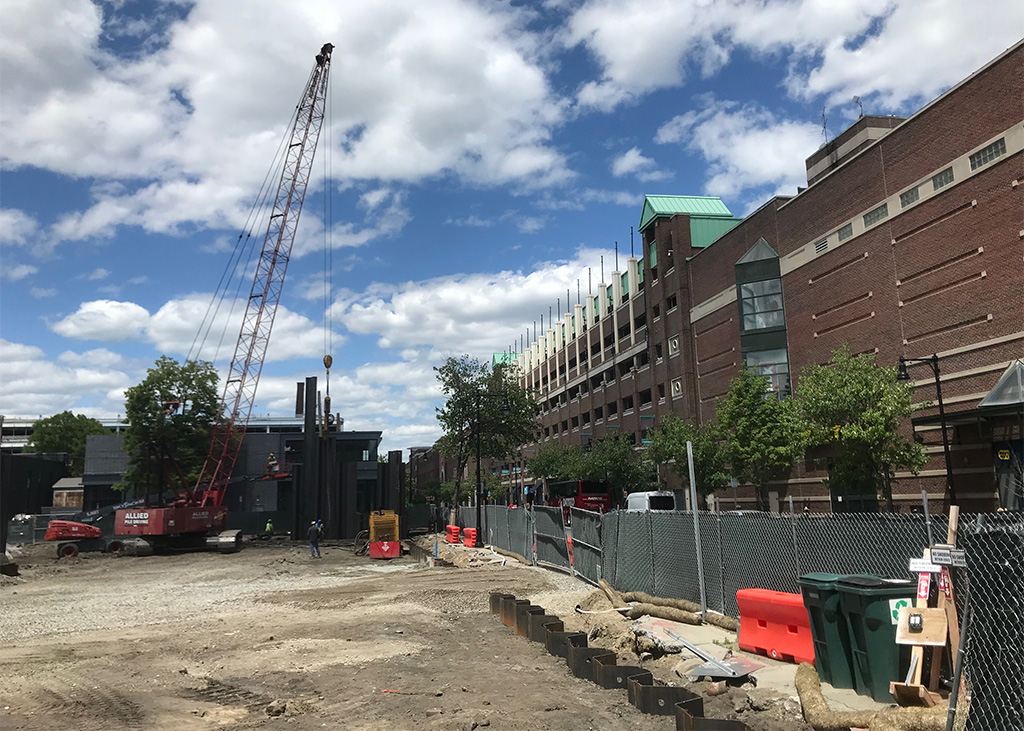 Construction in East Cambridge in 2019. Rats can be uprooted by construction, which is a constant in Cambridge. (Photo: Marc Levy)

The city is preparing to to set out $50,000 worth of high-tech rat traps in May after a visit by consultants who will decide where to put the devices, officials told the City Council on Monday.

The money will pay for 40 to 50 “Smart Boxes,” rat-catchers made by Anticimex that lure rats inside and electrocute them, as well as 10 traps set in sewers called “Smart Pipes” that zap them after detecting the animals’ movement and body heat. While in this case the rats are flushed away by flows in the system, the boxes fill up with rats and send alerts to be cleared out so they can start over.

Cambridge followed Somerville’s lead on trying the devices. Because the neighboring city is ahead in its own five-month test of 50 Smart Boxes in four locations, it’s been able to advise Cambridge officials on progress: “We met with them two weeks ago and they’d had [the Smart Box] in place for two weeks and had 30 kills – I guess that’s the term we’re using,” said Dan Riviello, the community relations manager for the Department of Public Works. As of last Friday, four weeks after launch, “they’ve had 82 kills.”

Nothing except rats have been caught in the Smart Boxes, answering concerns that other animals would crawl inside and be killed, Riviello said.

“I’m so glad to hear that it’s just rats in Somerville, and that our bunnies and squirrel population will remain intact,” vice mayor Alanna Mallon said.

The city’s primary means of control has been rodenticides, but it is looking at alternatives because the poisons risk sickening and killing other animals, Department of Public Works commissioner Owen O’Riordan said.

Rat control has been a major problem in cities nationwide. Experts believe infestations were worsened by the shutdown of restaurants during the Covid pandemic, when the rodent population had to change habits to keep finding food, and is exacerbated when construction uproots rat colonies.

In Cambridge, construction is a constant, but that doesn’t mean rats are constantly being sent out to prowl because building drags on, O’Riordan said.

“Contrary to popular opinion, I think once construction starts on a given site you don’t see many rats around,” O’Riordan said. “I know that at the Tobin School project, where we have a trapping process in place, we haven’t seen many rats.”

The city has a range of anti-rat measures underway, including tests of carbon monoxide to choke rats to death in their dens and a rollout of rat-resistant trash barrels due in June, officials said. But much of the work is getting word out about what residents can do to discourage the animals – such as controlling their garbage, guarding waste from community gardens and keeping in mind that when they think they’re leaving out feed for birds, it’s “most likely they’re feeding rats.”