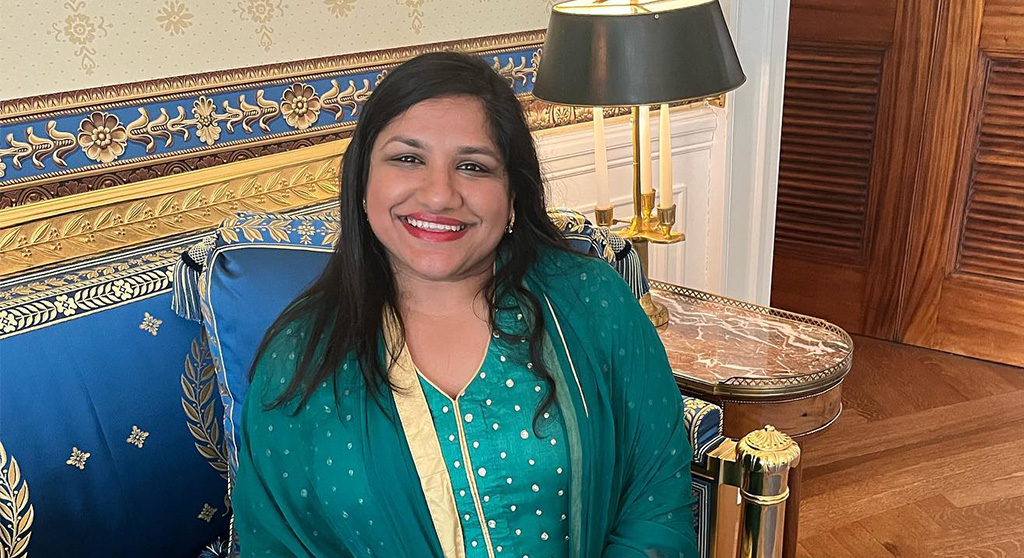 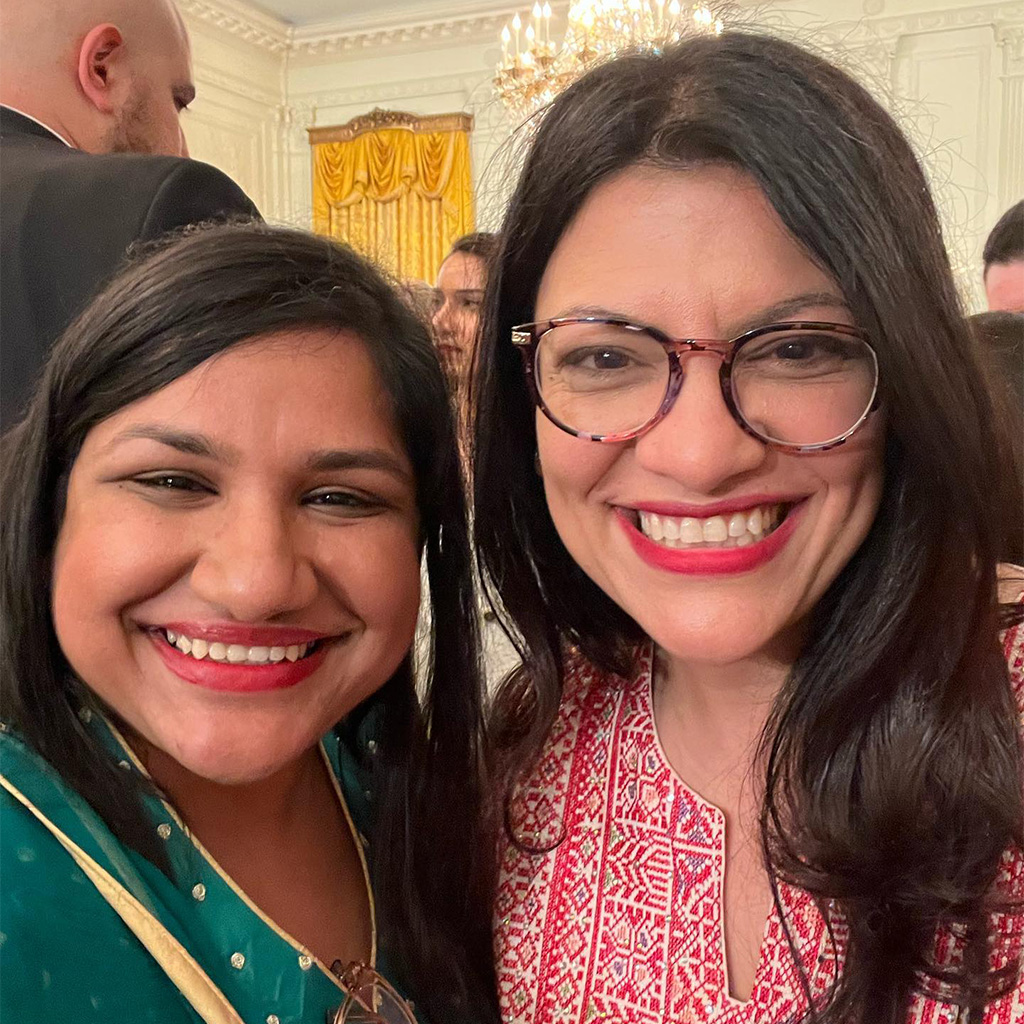 It’s almost unheard of that Mayor Sumbul Siddiqui misses a City Council meeting, but on Monday she had a very good excuse: She was at the White House to celebrate the Eid holiday with President Joe Biden.

Siddiqui and some hundred other invited guests – diplomats, elected representatives, community leaders from across the country, thinkers and activists, in the words of Biden – went to Washington, D.C., to mark Eid al-Fitr, a Muslim holiday marking the end of Ramadan and its month of fasting. Along with the Bidens, Muslim U.S. Reps. Rashida Tlaib of Michigan and André Carson of Indiana were in attendance. Biden noted U.S. Rep. Ilhan Omar of Minnesota couldn’t be at the event, but he’d spent time with her over the weekend.

“It was my first time at the White House and I was kind of in awe to be there,” Siddiqui said Tuesday, calling from the airport while awaiting her flight back to Massachusetts. “It was an honor to represent Cambridge and also meet other elected officials across the country who are Muslim – you know, there’s not that many of us.”

An invitation came early last week from the office of the White House Social Secretary, and Siddiqui arranged a room at the Washington Hilton for the day. After visiting Rindge Towers and Russell Field early Monday to wish Cambridge constituents a happy Eid, she flew to Washington, D.C., in time to get tested for Covid the day’s event, dress at the hotel and be at the White House by 2:45 p.m., she said. “The rooms we did see are so beautiful, and the portraits and Rose Garden.”

Biden called the day a celebration not just of the holiday, but of “the incredible stories of the indispensable contributions of Muslims all across this great nation, of Muslim Americans, a diverse and vibrant part of the United States, making invaluable cultural and economic contributions to communities all across the nation.” Pakistani singer Arooj Aftab read Rumi’s “The Promise.” 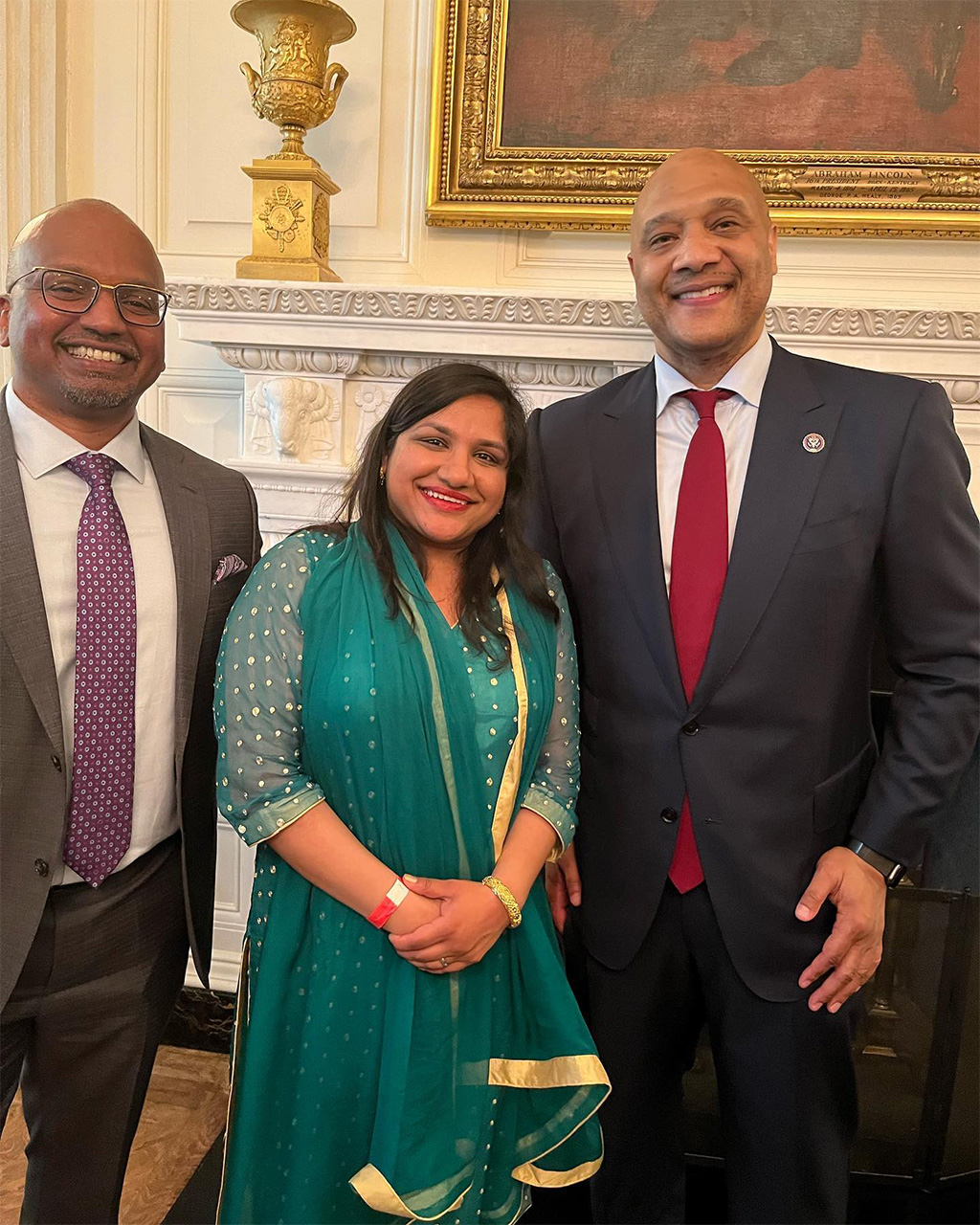 Time for mingling and photos came before and after Biden’s remarks. “I was in the crowd of people they had to kick out” of the reception afterward, Siddiqui said with a laugh. “They were like “Okay, we’re wrapping up, everyone. It’s over.’” (Siddiqui said she was in good company: Tlaib was also among the last to leave.)

Along with people Siddiqui met at the event, including Madinah Wilson-Anton, the first practicing Muslim elected to Delaware’s State Legislature, and Deqa Dhalac, a former Somali refugee who became the first Muslim mayor in Maine’s South Portland (“I brought a lot of my business cards,” Siddiqui said), she encountered some familiar faces and names. She finally came face to face with Facebook friend Sadaf Jaffer, a fellow Pakistani who was mayor of Montgomery – where Siddiqui has close friends – and is now a New Jersey state representative.

Siddiqui encountered Karim Farishta, director of strategic alliances at the D.C.-based Asian American Foundation, whom she knew from his time attending the Harvard Kennedy School in Cambridge.

“He was talking about how there’s three Asian mayors in Massachusetts – in Lowell and Boston – and how significant that is. He really wants there to be more mayors across the country who are more representative of their communities. We talked about the barriers to running for office, and how it’s so important to get more people to run,” Siddiqui said.

She noted hearings are underway on a federal court nomination by Biden for Nusrat Jahan Choudhury, a Bangladeshi-American civil rights lawyer who may become the first Muslim woman on the federal bench, and only the second Muslim American after Zahid Quraishi’s appointment in June. “I’m really glad this administration” is acting, Siddiqui said. “We’ve come a long way, and we have such a long way to go to have more representation.”