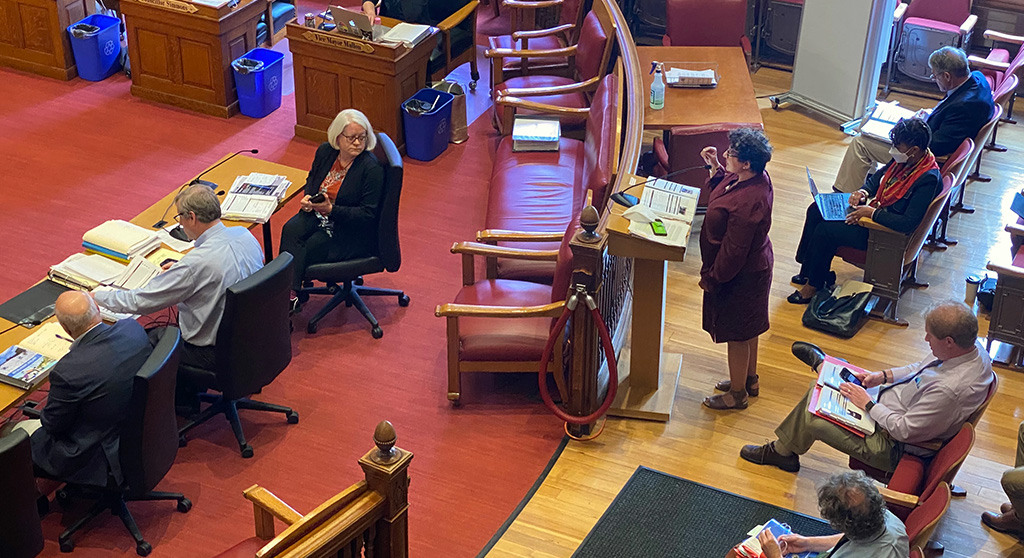 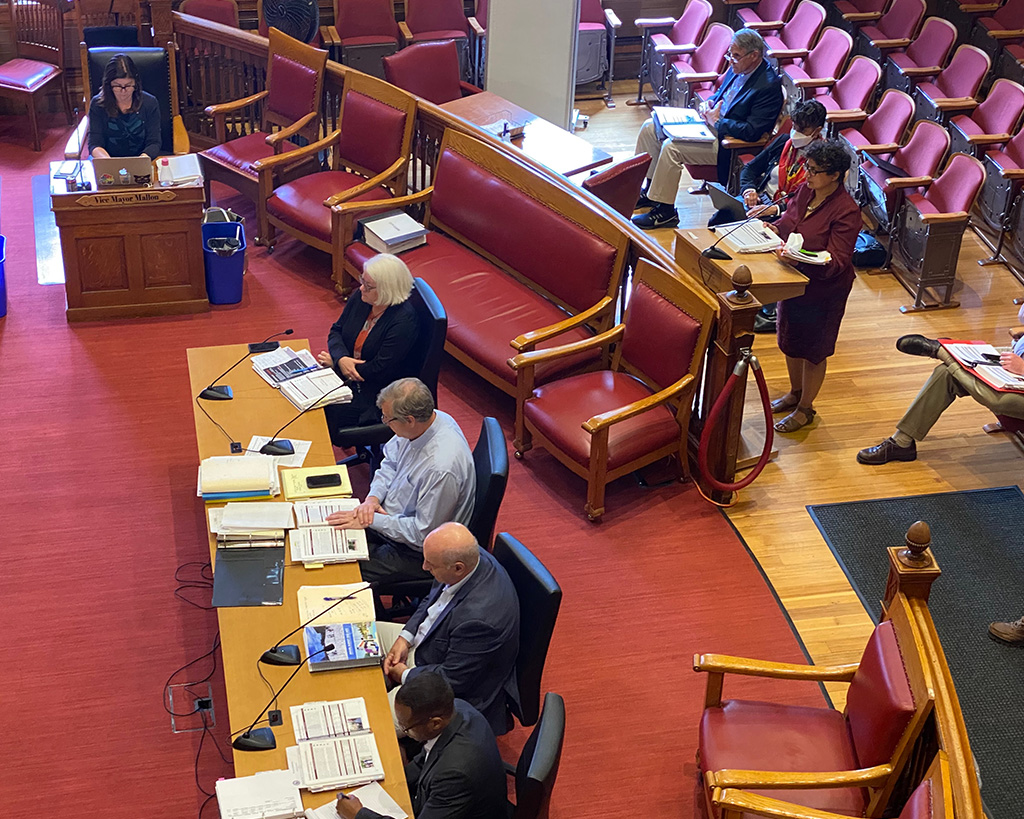 Affordable housing took center stage at budget hearings Tuesday, with city councillors hoping to increase lower-income homeownership and worrying about even maintaining the status quo amid a change in leadership.

It was the final day of questions posed by councillors to city departments about how they’ll use funds in the 2023 fiscal year; the proposed $787.9 million budget gets a June 6 vote by the full council. The fiscal year starts July 1.

Community Development was chief among the half-dozen departments questioned in this session chaired by councillor Patty Nolan, who noted the year’s target of acquiring or developing 15 affordable homeownership units – a number she hoped would increase in future years.

“It’s something that the council and the city have been working on quite strongly, to try to allow more people from marginalized communities who were either redlined or don’t have the family history to be in a position to buy,” Nolan said, referring to a real estate tactic used to stymie racial integration.

But Iram Farooq, assistant city manager for community development, explained that state subsidies often don’t support the construction of affordable housing that will be owned, making those units more difficult to complete. In contrast, the department expects to develop some 300 affordable rental units over the coming fiscal year.

A review of ownership programs such as HomeBridge, which has drawn criticism for failing to build generational wealth, is underway but expected to take another several months to complete, said Chris Cotter, the city’s housing director. “There are more units in the pipeline” after the 2023 fiscal year, including what will be built at 35 Cherry St., a former MIT lot in The Port being developed after decades of sitting empty.

Councillor Marc McGovern also made a plea to City Manager Louis A. DePasquale, who retires July 5, to increase allocations to the Affordable Housing Trust and its work of creating and preserving housing for lower-income residents. The proposed budget already allocates $38.1 million to the Affordable Housing Trust, up from the $32 million adopted for fiscal year 2022, and McGovern said he was grateful for dramatic increases in recent years but worried about what came next.

“I know the budget is 99.99999 percent cooked,” McGovern said. “But this is your last budget, and there’s no way to know if the next person sitting in that chair will be as flexible and as willing to take money out of free cash” to buy properties for affordable housing. “That unknown worries me,” he said.

It’s a struggle to keep universal pre-K on track

Human Services Department leaders were asked by McGovern about efforts to provide universal pre-kindergarten. It’s been a long-lasting but elusive goal of the council, and things still aren’t looking good, according to Lisa Grant, executive director for the department’s Birth to 3rd Grade Partnership. The effort to increase the availability of pre-K – though full implementation isn’t expected until 2026 – has been affected by the pandemic, with programs that the city partners with focused simply on staying open and afloat, Grant said. There’s also a scarcity of educators.

But the department is hiring a universal pre-K project manager, Grant said, and will focus on building partnerships with existing programs and ensuring compensation is sufficient to recruit and retain educators.

About 10 percent of trees planted last year failed, but Public Works is working to increase the number planted and improve their survival rate, commissioner Owen O’Riordan told councillors. The department has begun to invest more time and resources into the maintenance of newly planted trees and now has its own nursery. “We are trying to take more responsibility for trees from cradle to grave,” he said.

The department devotes $400,000 annually to planting trees, up from $25,000 several years ago. The department now has the ability to plant more than 1,000 yearly – distributed citywide with equity in mind, O’Riordan said.

Toward the end of the session, David Kale, assistant city manager for fiscal affairs and public investments, was asked about another environmental issue: the city’s progress in divesting from fossil fuels. (Divesting from for-profit prisons was included in the questioning.) According to Kale, the city’s investment committee sold its shares in the energy companies Consolidated Edison and Southern Co. and is working with the Massachusetts Municipal Depository Trust – which operates investment pools that Cambridge participates in – to remove other investments from that fund.