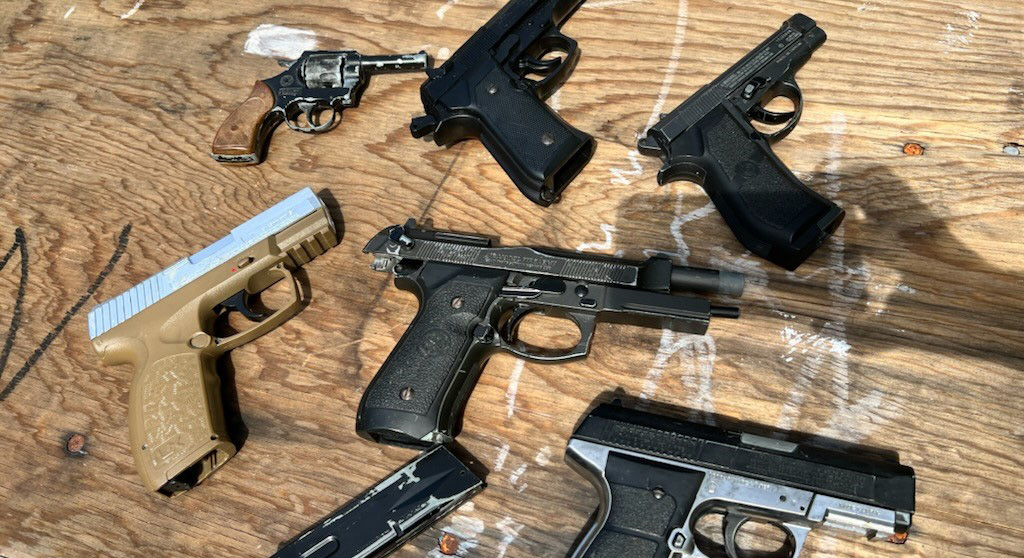 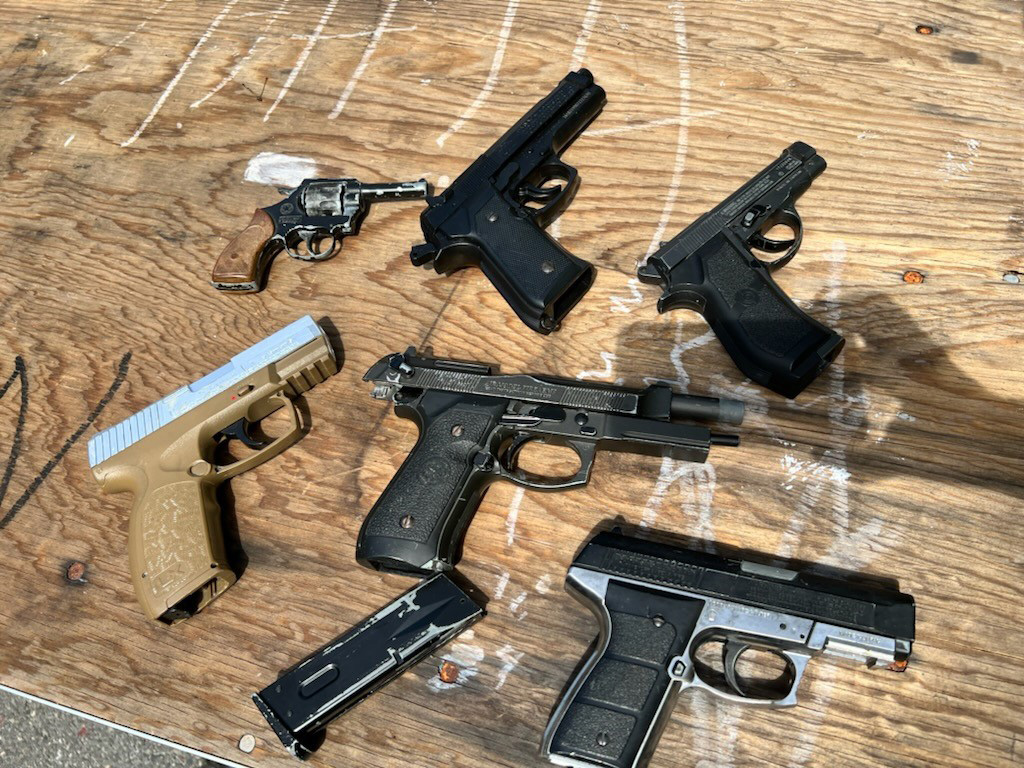 Some of the weaponry collected Saturday at a Gift Cards for Guns event. (Photo: Cambridge Police Department)

A record number of 245 unwanted guns were turned in at the seventh annual Cambridge “Safer Homes, Safer Community” Gift Cards for Guns event Saturday, including pistols, revolvers, shotguns, rifles, BB guns that looked like 9 mm pistols and even a toy gun, police said Wednesday. Residents from Cambridge and as far away as New Hampshire also dropped off ammunition and various gun parts.

One father indicated that after seeing recent mass shootings around the country, he wanted to make sure his son would not have any access to a firearm within his home. A widow indicated that she found a gun inside a bag while cleaning out her late husband’s belongings and wanted to have it removed from her home. An elderly male said he had possession of a pistol for decades, but never used it, and wanted to have it safely destroyed.

A man who came down from New Hampshire dropped off 158 rifles and parts of guns – a full 65 percent of the day’s haul – but the story behind the collection is unknown. “It’s a no-questions-asked, no-ID-required event, so we didn’t get a lot more information from the man,” Warnick said. 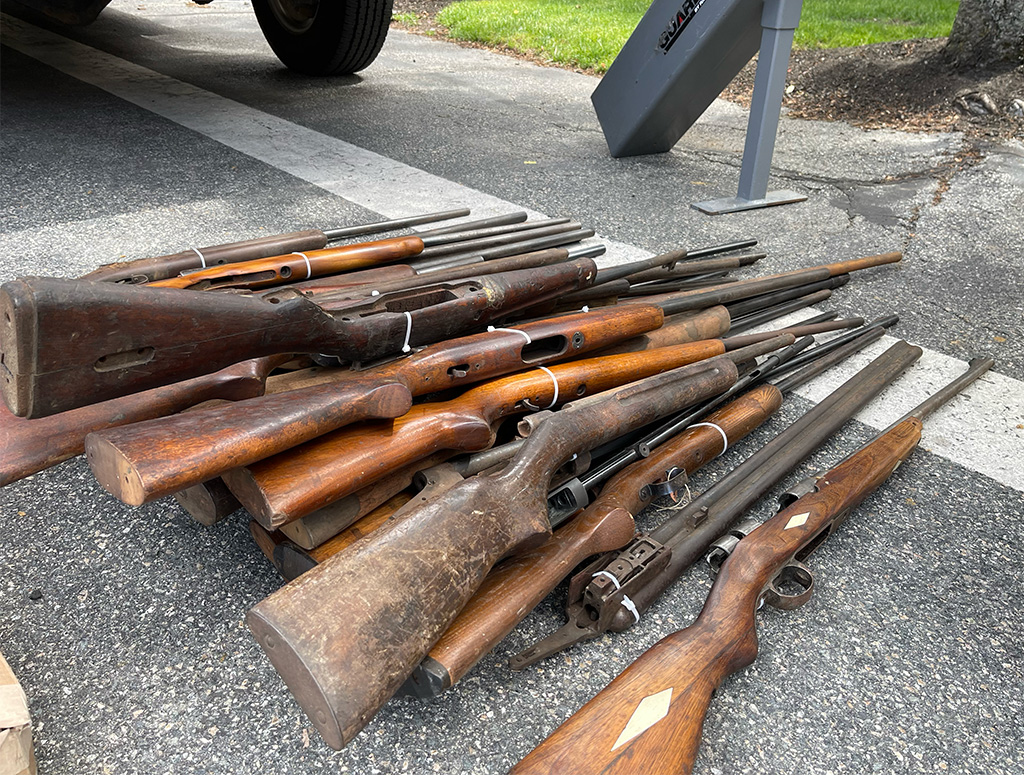 Some of the rifles dropped off Saturday by a New Hampshire man. (Photo: Cambridge Police Department)

The event – part of the city’s initiative aimed at reducing accidental injuries in the home and reducing the risk of suicide, domestic violence and street crime – is a collaboration of the City of Cambridge, the Middlesex Sheriff’s Office, and more than 60 faith and community-based organizations and businesses. Since 2013, the Middlesex Sheriff’s Office has assisted 15 cities and towns throughout the county, and more than 1,890 unwanted weapons have been turned in, police said.

It was held at Reservoir Church and Margaret Fuller House.

Residents who have unwanted weaponry but weren’t able to participate can call (617) 349-6009. Appointments scheduled by June 30 will remain eligible for grocery gift cards ranging from $50 to $200 in value. Information is here.