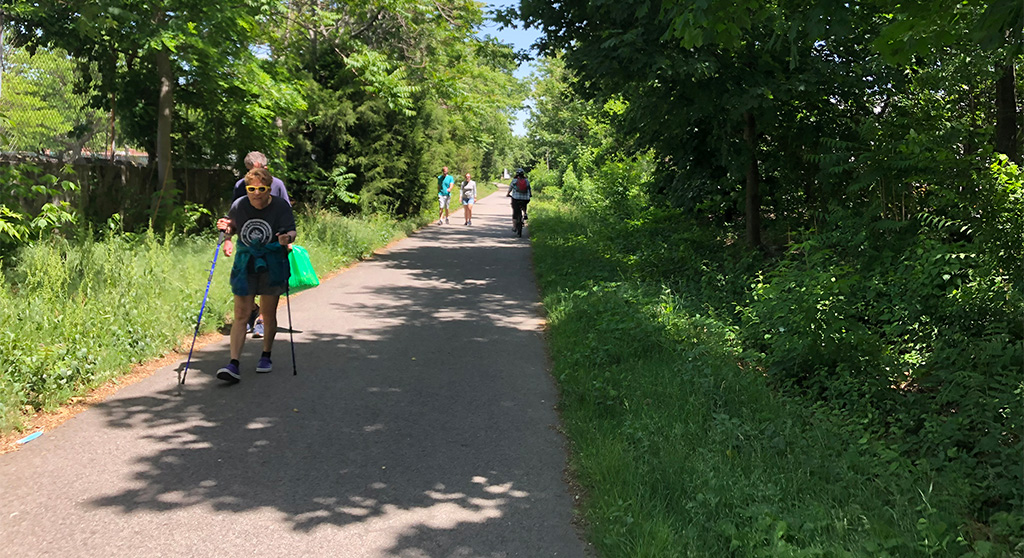 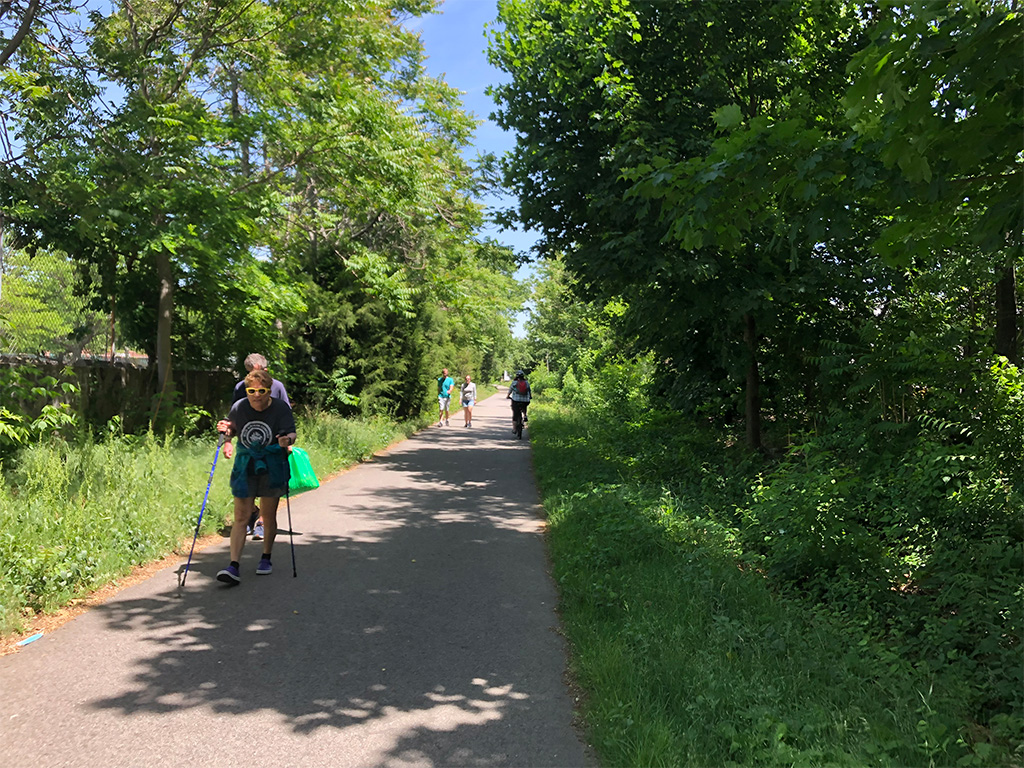 The new Watertown-Cambridge Greenway shared-use path is a treasure. The path is a beautiful, useful addition to Cambridge’s and Watertown’s parkland and pathways, and is the product of years of hard work by municipal, regional and state-level planners and implementers, to whom we owe appreciation and thanks.

The 2-mile greenway is a shared-use path with one end near the Fresh Pond water treatment facility and the other at Arsenal Street in Watertown. The greenway is in the right-of-way of the former Watertown Branch Railroad, which is now an asphalt path with beautiful landscaping, simple amenities and well-designed rainwater management.

Despite having been (officially) open for only a few months, the greenway has no shortage of regulars. On sunny days I see dog-walkers, bike commuters, recreational cyclists, roller-blading children, scooter riders, runners, toddlers in bike trailers, multigenerational families walking together – all types of people walking and rolling. Part of what makes the greenway so special is that it facilitates all types of trips: commuting, shopping, recreation and more. I have already replaced some of my car trips to the Watertown Mall with biking on the greenway; the safety of the shared-use path reduces the stress I usually feel carrying large items on a bike in mixed traffic. 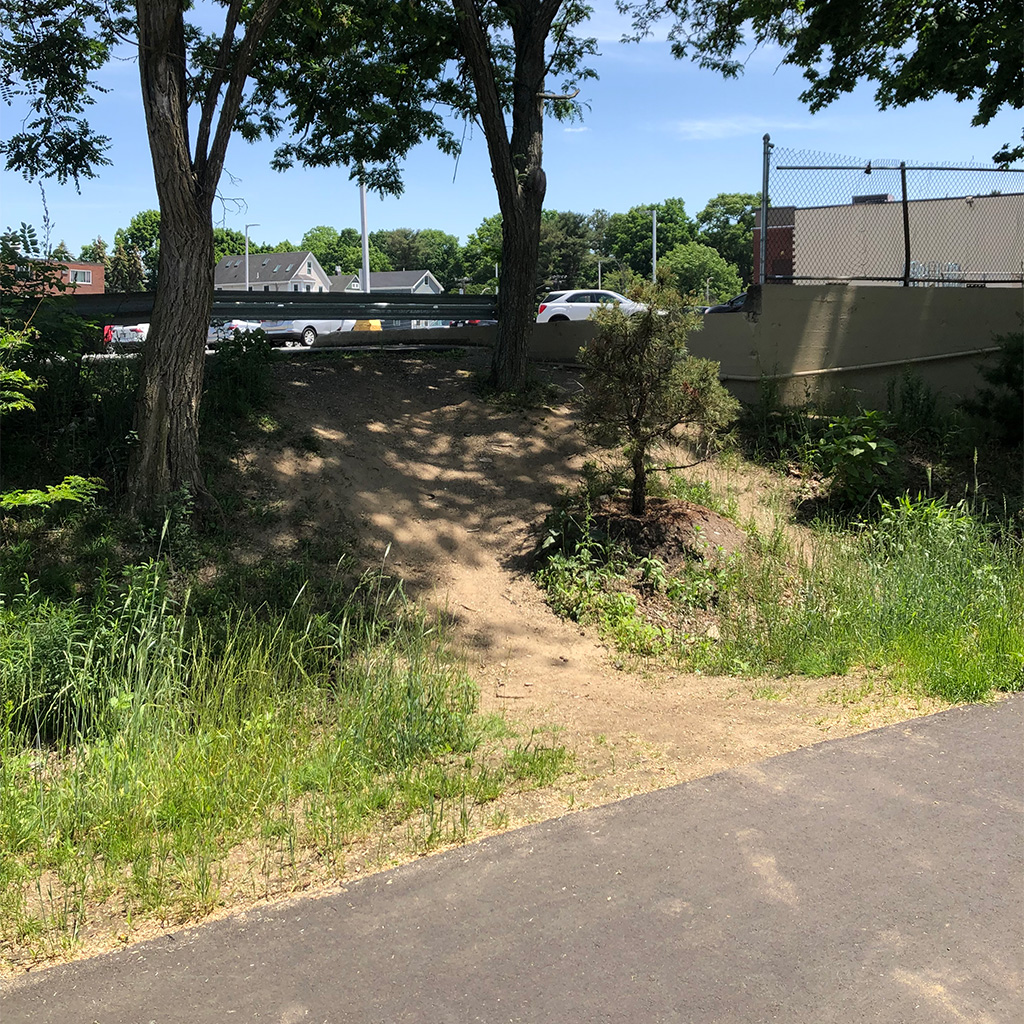 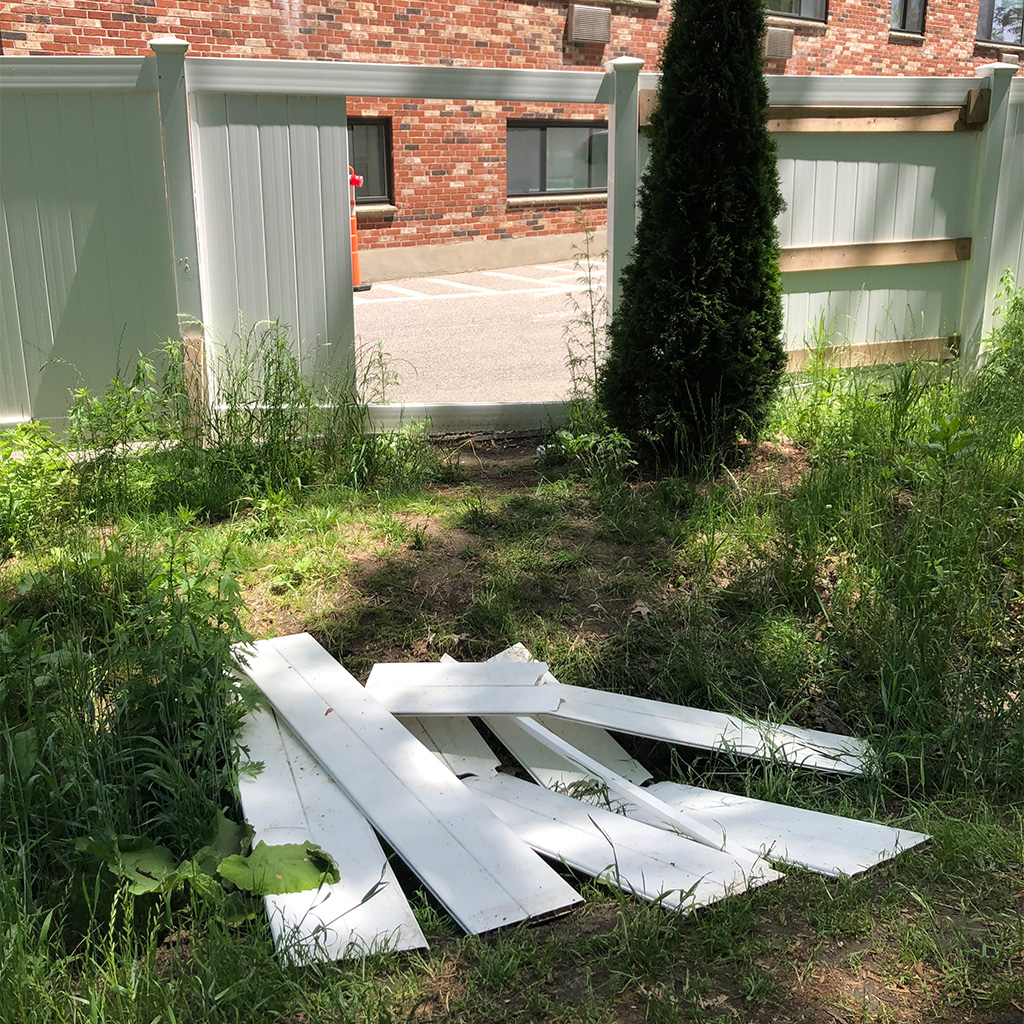 Users of the path have made informal “desire line” additions down an embankment and through a fence. (Photos: Joseph Poirier)

I consider this project a tremendous success, but not one without some lessons learned. In my opinion, the most important of these lessons is to predict and accommodate demand for path access. Although the Watertown-Cambridge Greenway has several points of access at major destinations accessible under American Disabilities Act standards, there are some places where people have made their own way. The biggest access issue appears to be at Star Market, where the clear “desire line” is an informal dirt path up a steep embankment; the formal access point causes many people to walk out-of-direction and spend more time crossing the parking lot. In another instance, residents of an apartment building that lacks path access took matters into their own hands: They tore down their fence and built a bridge to the path with the pieces. These desire lines show the types of demand for path access planners should predict in future shared-use path work, like that occurring on the Danehy Park Connector and Grand Junction projects in Cambridge.

The path could also use lighting to help people feel and be safer traveling in the dark. This will be especially important in the winter, when days are short and many commute and make shopping trips in the dark. There are several options for path lighting that are visually unobtrusive and minimize impacts to wildlife.

That being said, this path is an incredible asset for Cambridge and Watertown that will serve residents and visitors well for decades to come. The municipal, commonwealth, consultant, construction and other workers that contributed to this project deserve accolades for a job well done. Thank you!