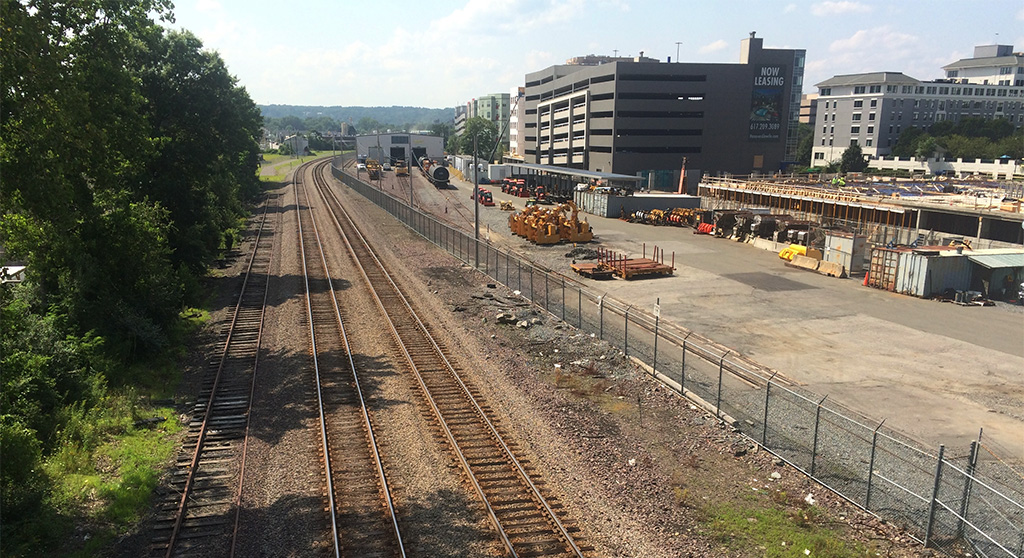 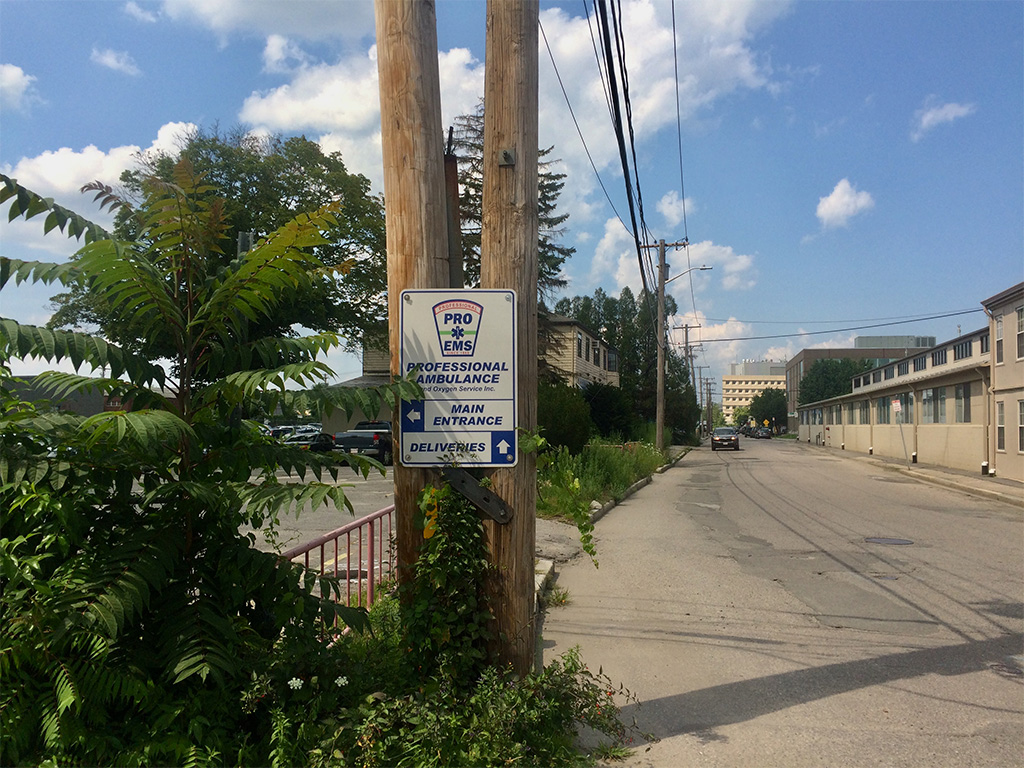 The open, industrial feel around the Alewife section will change in coming years. (Photo: Marc Levy)

A group trying to help define how the Alewife area develops for the coming decades is expected to wrap up in December – capping work begun more than 40 years ago.

The Alewife Zoning Working Group, which emerged after the City Council ordered a freeze on development of offices and labs there in May, will take into account planning done since at least 1979 to establish a comprehensive vision for the area. The most recent example is the Alewife District Plan that led off the Envision Cambridge study in 2019, emphasizing the need for a mixed-use district connected with the rest of Cambridge.

The term “neighborhood” was brought up repeatedly by speakers, who agreed that Alewife now did not feel like one – and that there was a need to build infrastructure first and to look beyond the Alewife Quadrangle area of the moratorium. At the very least, they said, the work must look across the train tracks to the Triangle that was exempted from the freeze.

After a 2010 study that looked at flooding, “we added 1,400 units of housing and – important to note – almost nothing for those residents except two cafes, both of which are closed by 6 p.m., and some child care centers,” Nakagawa said in June. “So as we look to the needs of the quad, we should also provide what’s missing for the existing Triangle community.” 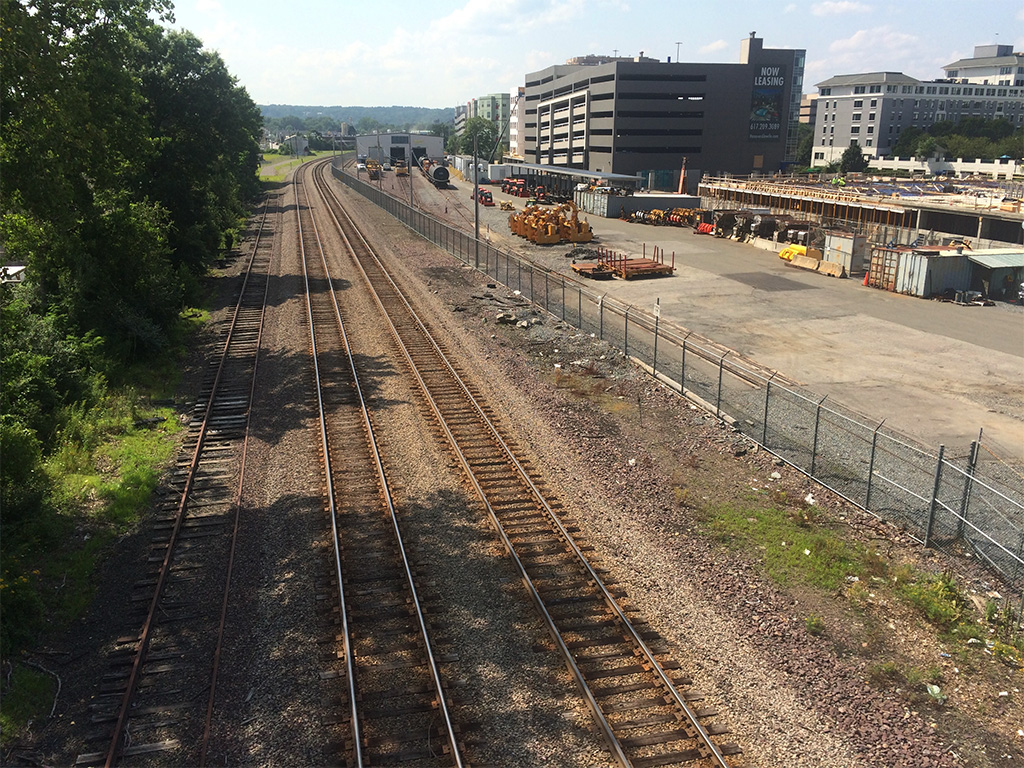 The approach has support from Community Development head Iram Farooq.

During Farooq’s run to be promoted to city manager, she endorsed building infrastructure and amenities needed by people at Alewife, “where we’re trying to create a neighborhood – something that really feels like a place.” She mentioned open space, a long-sought Terminal Road connection and a bridge across the railroad tracks that would require involvement in the Triangle.

Having those as starting points would mean “we’re not doing them in an ad hoc, one-by-one way,” Farooq said.

Talk at the meeting went beyond the bridge to a call to think about a new rail stop that would help get cars off the road and allow people to work in Cambridge without feeling the need to live here. “Without it, simply put, I don’t think the Quad should be developed at a higher density than it’s at today,” group member Eric Grunebaum said. He pointed to a study saying a new stop was already justified in 2015, “and a lot of development has occurred since then – and there’s quite a bit more in the pipeline.”

With the moratorium on development sparked by Denver-based Healthpeak buying a large swath of land in the area for highly skilled, high-paying life-sciences offices and labs, residents in the group underlined zoning goals of keeping the area’s light industrial uses and their high-paying, lower-skill jobs.

“We want to diversify Cambridge’s economy from Kendall Square and not replicate it,” said Melissa Peters, the director of community planning for the city and the staffer leading the work of the group.

Members of the public and of the working group also expressed concerns about affordable housing. A number of luxury housing developments have appeared in the area recently to accommodate the growing number of high-paying jobs.

Nakagawa agreed that with the recent land acquisitions by Healthpeak, IQHQ and others, “we should expect more high-end jobs in the Quad.”

“So we need to build enough housing to prevent additional pressure on housing affordability, and help with the regionwide housing shortage,” Nakagawa said. “But we should also ensure that those low-barrier-to-entry jobs are actually retained, not just allowed or encouraged.” 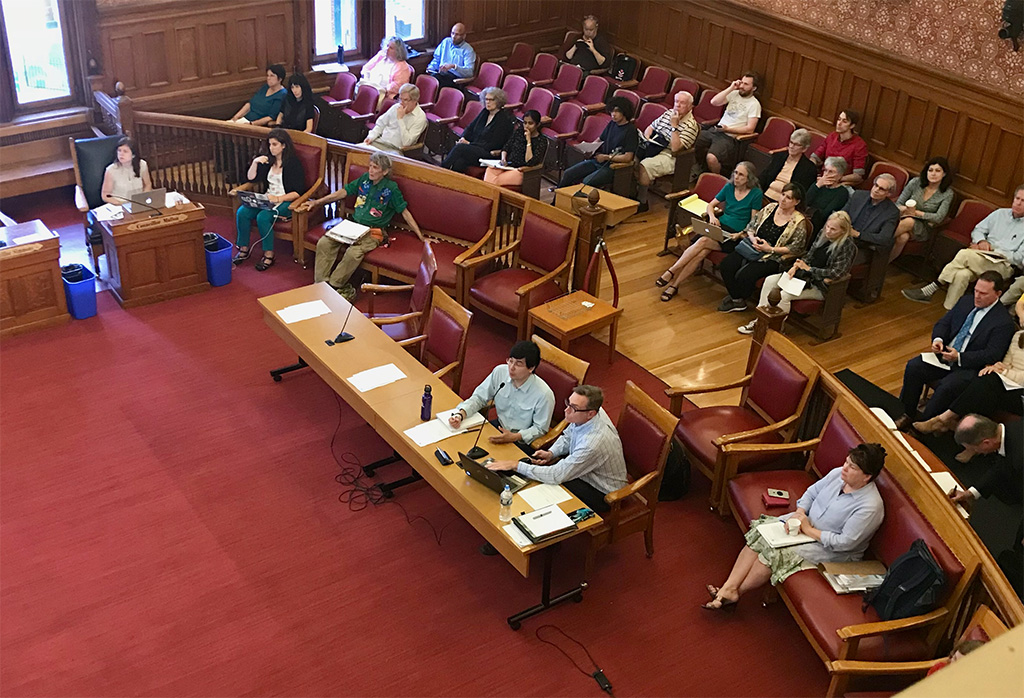 The working group is made up of four residents of the Cambridge Highlands (John Chun, Elizabeth Feigenbaum, Ann Stewart and Ann Tennis); three from North Cambridge (Jennifer Gilbert, Grunebaum, Suhas Kodali and Nakagawa); and one from West Cambridge (Doug Brown). Gilbert and Grunebaum were on the Envision Alewife Working Group; Kodali is a member of A Better Cambridge, which works to encourage housing construction citywide; Brown was a member of the Envision Alewife Working Group; and Nakagawa, a late addition, was a member of the Alewife Study Group, a city-recognized resident group that has bargained and created partnerships with developers, and Envision Cambridge Environmental Working Group.

The group also has representation from business representatives and property owners (Jane Carbone of Homeowners Rehabilitation Inc., Chris Chandor of The Davis Cos., Igor Ivanovic of Iggy’s Bakery, Kelvin Moses of Healthpeak and Joseph Poirier of Longleaf Lumber) and one representative of an institutional or nonprofit organizations (Diana Marsh of the Fayerweather School).

In future meetings, Peters anticipates talking more about zoning recommendations and urban design principals from the Envision Cambridge plan. Then comes “deep dives” into the type and amount of development, then on transportation, open space and community facilities. She promised that work on the Quadrangle-Triangle bridge plan would be made public.

“Then we’ll bring it all together, because obviously it’s all interrelated, and start talking about how the zoning would be applied to realize those principles,” leaving the final meetings to refine, Peters said.

First, however, is a walking tour of the area. It’s planned for 5:30 to 8 p.m. Monday and starting at Concord Avenue and Fawcett Street by Fresh Pond in the Cambridge Highlands.