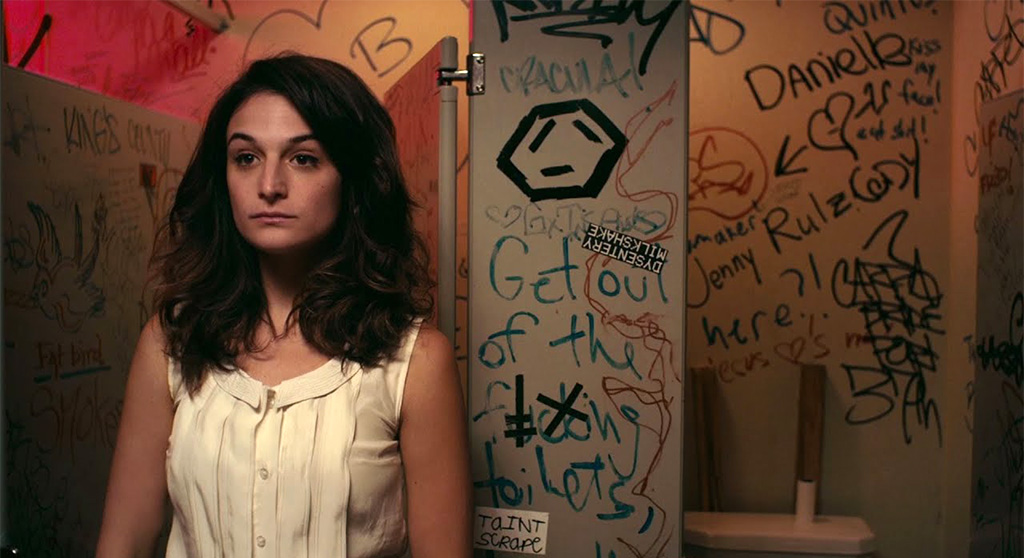 Last month, when the Supreme Court did the unimaginable and flipped Roe v. Wade (okay, there was a shot across the bow with that leaked draft opinion), the country once again found itself on a dividing line, with much to do about where you stand and where you live. Gov. Charlie Baker reacted quickly to preserve a woman’s right to choose, making Massachusetts a sanctuary state for women from other states where they are no longer legally able to get an abortion conveniently and safely (which is somewhat ironic, as Hulu’s “The Handmaid’s Tale” takes place in what was once Boston). How abortions have been depicted in film has varied over time, though the lens has mostly been sympathetic and supportive. Take Steve McQueen as a cool musician who has a one-night stand with Natalie Wood in pre-Roe “Love with a Proper Stranger” (1963), Alexander Payne’s devilish satire “Citizen Ruth” (1996) and even the sad reality rendered in Amy Heckerling’s otherwise raucous high school comedy “Fast Times at Ridgemont High” (1982). Below are spins by Day writers on films picked as being far too prescient and relevant to our new reality. All are available online for rental or purchase; free or subscription streaming options are listed at the end of each review.

Looking back, it’s shocking just how radical “Obvious Child” was when it was released in 2014. Directed by Gillian Robespierre and starring Jenny Slate, the film follows an immature, newly unemployed, recently single comic whose one-night stand with a charming grad student (Jake Lacy) results in an unplanned pregnancy. In what is otherwise a sweet, slow-burn romantic comedy and intimate character study, the narrative thread of seeking an abortion adds an edge that even now wouldn’t be an easy studio sell. Slate’s character, Donna, never has a moral dilemma; the biggest hurdle she faces is paying a bill, not the possible travel out of state and legal risk some women now face. It’s the simplicity of the action that makes it ahead of its time then, and, unfortunately, now. Despite the end goal, the film is charming, with a winsome, star-making performance from Slate, convincingly rough around the edges while still being entirely lovable in a stage of a young woman’s life when everything feels out of order. It’s one of the best films of the 2010s, not just because it tackles a “difficult” subject, but because it’s clever, quick on its feet and empathetic in its portrayal of adults simply doing their best to stay afloat. (Ally Johnson) On Kanopy, Fubo and Showtime.

Academy Award nominee Tia Lessin (“Citizen Koch”) and Emmy Award nominee Emma Pildes (“Jane Fonda in Five Acts,” “Spielberg”) team up to create a comprehensive documentary about the Jane Collective, known officially as the Abortion Counseling Service of Women’s Liberation, which operated in Chicago from 1969 to 1973. With roots in the 1960s civil rights and anti-Vietnam War movement, a group of young, leftist women ran afoul of the law and the Mafia by cutting into its profits by offering illegal abortions to women in need. The film excels at conveying a chaotic era, enlisting archival footage and interviews with Jane members, medical providers and a reluctant, gentle-giant abortionist. It’s a time capsule of an era – when denied rights were a rallying point – that has sadly returned. With the Supreme Court’s recent reversal of Roe v. Wade in Dobbs v. Jackson Women’s Health Organization, the documentary provides a rough blueprint for those willing to take up the kind of illegal services the Janes offered now that they are needed again. An interview has founding member Heather Booth encouraging people to stand up against “illegitimate authority … sometimes there are unjust laws that need to be challenged.” The documentary shows that laws can be challenged outside of the courtroom through peaceful and practical action. The portraits of ordinary, young women students with no authorized medical training and one blue-collar abortionist could inspire this generation’s activists to help prevent an increase in deaths and the reopening of septic abortion wards in pandemic-weary hospitals. (Sarah Vincent) On HBO Max.

“I help young girls out. Where else are they going to turn to?” Vera tells London police. Set in the 1950s, “Vera Drake” is a cautionary tale for our times. Vera (Imelda Staunton ) is a middle-aged, working-class wife, mother and housecleaner. She discreetly performs abortions that, at the time in England, were illegal and could lead to incarceration. A chipper, feisty, good-natured, petite thing, Vera’s always up to putting the kettle on for tea and helping out a neighbor. The frightened teen girls or wizened women that come to her are either rape victims or already have more children they can reasonably raise. Refusing payment, Vera helps them terminate the pregnancy, doing so with warmth and understanding. “You perform abortions, don’t you?” a detective asks her during her arrest. “No, dear,” a shaken Vera replies. “It’s what you call it.” Directed by Mike Leigh (“Secrets and Lies,” “Naked,” “Peterloo”), “Vera Drake” is an astonishingly polished film, every scene crafted carefully, efficient, authentic, the narrative moving inexorably to the moment where Vera’s long-held secret is revealed. Staunton disappears into her role, as does every actor in this English neorealist masterpiece. Dick Pope’s award-winning cinematography (budget constraints forced the production to shoot in 16 mm) is a master class in chiaroscuro lighting, composition and camera movement, capturing beautifully every setting and facial expression and giving the film an epic, timeless quality. Rarely have our current political battles around reproductive rights been rendered more effectively than in this quiet yet powerful statement on a woman’s right to choose. (Federico Muchnik) On Hoopla.

Eliza Hittman’s narrative about a Pennsylvania small-town teen who must travel to New York City for an abortion captures the new reality for young women in states where the procedure is now banned. Sure, the ordeal endured by Autumn (a knockout performance by newcomer Sidney Flanigan) came before the Dobbs court ruling, but she lives in a conservative small town that doesn’t really condone such remedies; when Autumn walks into a clinic there to confirm she’s pregnant, the practitioner plays a religious-right anti-abortion PSA on teen pregnancies. Also she doesn’t want her clueless mom (musician Sharon Van Etten) to know – New York is a state where a minor doesn’t need parental permission for an abortion – and there’s tension with her stepdad (Ryan Eggold), who doesn’t seem to want her around. The identity of the father is never laid out explicitly, though there are a few possibilities: the boy who heckles her during the school talent show, or another who makes a lewd, very public sexual comment in a pizza shop. There’s an less pleasant, closer-to-home prospect, as well. While Autumn’s situation is unfortunate and unenviable, what makes “Never Rarely Sometimes Always” (the possible answers on a questionnaire Autumn is given) uplifting is the sisterhood between Autumn and her cousin Skylar (Talia Ryder) who accompanies her on her mission, and the prospect of liberation for Autumn in the aftermath. One can easily see two futures for Autumn. The choice is hers, and that’s the point of the film. Read our full review from April 3, 2020. (Tom Meek) On Cinemax Go and Freevee.