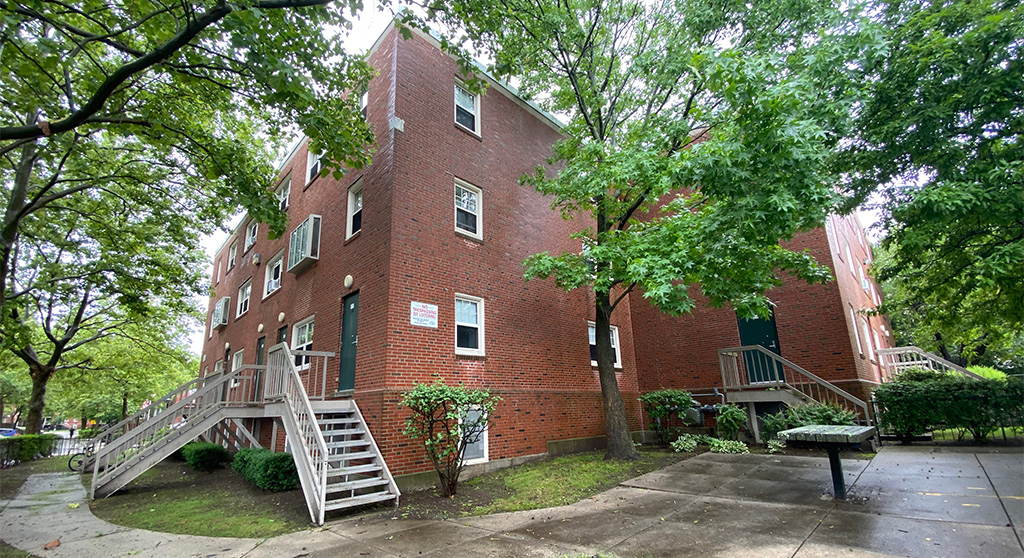 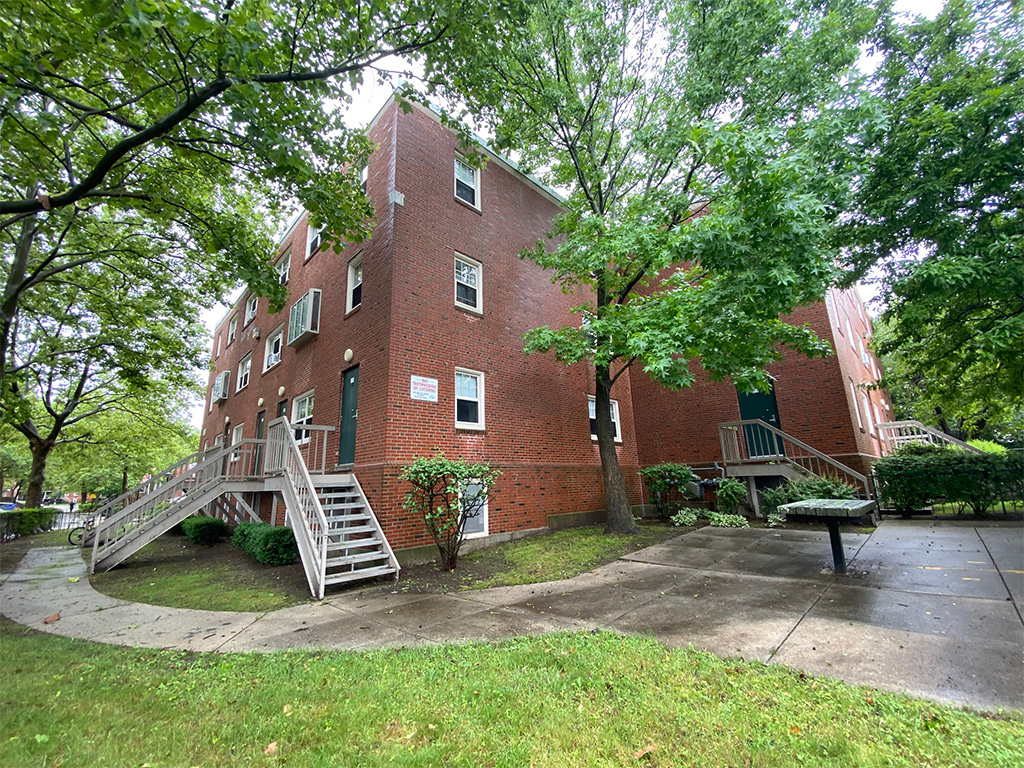 The Jefferson Park Federal will be torn down and built back with more units, but is short $11 million in funds. (Photo: Marc Levy)

The redevelopment of the Jefferson Park Federal public housing development has an $11 million hole in its financing just five months before officials must close on funding for the 278-unit low-income housing project. Cambridge Housing Authority leaders said on Wednesday that they intend to get the missing money by the deadline at the end of this year, though they don’t yet know how.

CHA began planning work at Jefferson Park five years ago. Now on the verge of construction, the authority has relocated almost all the current Jefferson Park tenants and had intended to begin building in November. The total cost estimate is $251.8 million.

Executive director Michael Johnston made a tongue-in-cheek suggestion at the Wednesday board of commissioners meeting that “we could bet on sporting events now, both professional and collegiate, and maybe make $11 million, but I don’t know if that’s legal for us to do that.” More seriously, Johnston said the agency was talking to city officials, legislators and state housing officials in an effort to fill the gap.

Authority commissioner Susan Connelly said legislators and others in state government who control “buckets of money” need to “understand that these [affordable-housing] projects can be precarious.” She added that “I don’t always think business should go on as usual.” Referring to housing authority planners scrambling to find the money, she said: “You guys [are] zigging and zagging as much as you can. But we can’t like create $11 million out of thin air.”

The revitalization of Jefferson Park, on Rindge Avenue in North Cambridge, will demolish the existing dilapidated development of 175 units and replace it with one that adds 103 apartments to the total, at a time thousands of applicants are waiting for low-income housing. It is the largest project the housing authority has planned in its extensive modernization campaign, and it was the second to complete the approval process under the city’s new Affordable Housing Overlay zoning regulation. The new rule lets developers in any neighborhood avoid most zoning restrictions if they’re building 100 percent affordable housing developments.

The overlay was intended to cut costs and increase potential locations for affordable housing by shortening approval times and reducing the likelihood that opponents could take a developer to court. Still, it took five months to get Planning Board approval for Jefferson Park because of concerns about design, removal of trees, density of low-income tenants in the Jefferson Park neighborhood, and the more than $900,000-per-unit cost of the development.

No commitment for money

Like most builders of large low-income housing projects, the housing authority depends on complex funding schemes that include federal, state and local sources of money as well as banks and private investors. The missing $11 million was supposed to come from the state Department of Housing and Community Development.

There was no commitment from the state agency; it included the $11 million in its funding package based on “the past practices of DHCD,” Johnston said in an email. The housing authority lost out on getting aid because “the timing wasn’t right.” The authority hadn’t obtained all the required approvals and commitments when the state agency scheduled a funding round; by the time Cambridge’s housing authority had everything it needed, there was no funding round scheduled.

So the authority turned to state legislators and Gov. Charlie Baker, with the support of the state housing agency. Baker’s proposed economic development bill included an earmark, or special item, of $11 million for Jefferson Park. But the bill unexpectedly died at the end of the formal legislative session July 31 because of confusion over a suddenly discovered 1986 law that gives refunds to taxpayers when tax revenues are higher than expected.

CHA director of planning and development Margaret Moran, who has pulled rabbits out of a hat in funding emergencies more than once, said at the board meeting: “I remain very optimistic that it will all come together. I don’t know exactly how yet, but you know, I have confidence in the team, I have confidence with the MassHousing and DHCD team that’s in place, and, you know, with our legislators, so, you know, more to come.”

“I sort of say to my team [that] the story isn’t written yet for Jefferson Park,” Moran said.