‘Bardo: False Chronicle of a Handful of Truth’ follows a jolting path through a liminal space 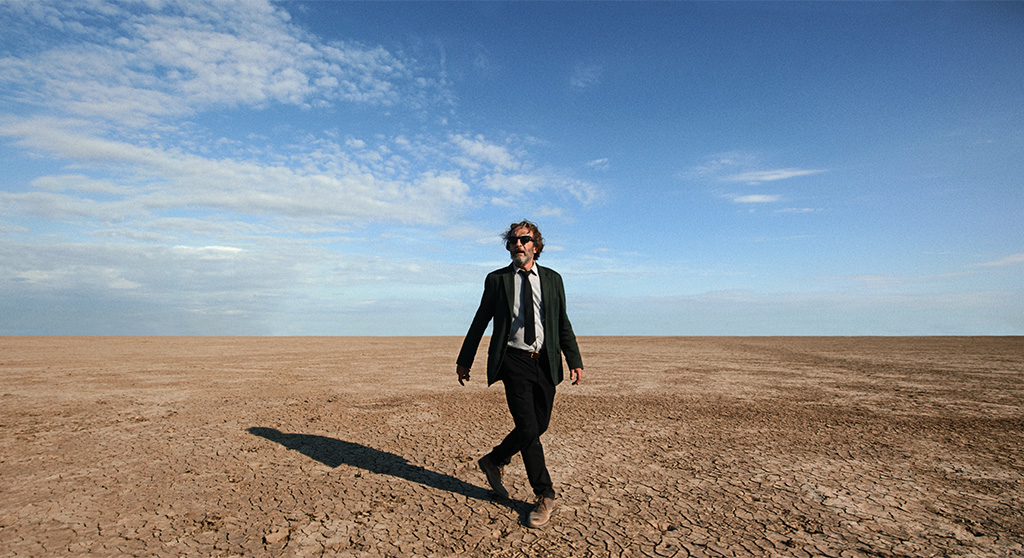 ‘Bardo: False Chronicle of a Handful of Truth’ follows a jolting path through a liminal space

Alejandro G. Iñárritu’s last two films, “Birdman or (The Unexpected Virtue of Ignorance)” (2014) and “The Revenant” (2015) hung in that thin, ephemeral space between life and death. That earlier effort had a former action film star (Michael Keaton) trying to reinvent himself as a stage actor while falling into bouts of suicidal depression and delusion; the latter had a New World trapper (Leonardo DiCaprio) mauled by a bear, unable to walk, left to die in the frozen northern plains and hunted by vengeful Native Americans protecting their land and some of his own looking to peddle flesh for profit. Iñárritu’s latest, “Bardo: False Chronicle of a Handful of Truth,” comes replete with a paradoxical subtext to the title and unfurls something of a long, limbo-esque dream that haunts and horrifies as much as it hypnotizes.

In Buddhism, “bardo” is the intermediate or transitional state between death and rebirth. Author George Saunders played deftly with the concept in his novel “Lincoln in the Bardo,” while here Iñárritu, making his the first film back in Mexico in nearly 20 years, leverages it to blur the lines between being and not being. The sense of rooting is never firm, and that’s one of the many pleasures of this handsomely composed vision filled with autobiographical references and meta contemplations.

We center on the life (or death) of Silverio (Daniel Giménez Cacho), a Mexican journalist turned documentary filmmaker with family homes in L.A. and Mexico City. As we catch up with Silverio, he’s up for an award in L.A., but first must make a sojourn south of the border. Along the way we get a sense of grief from Silverio and his wife Lucía (Griselda Siciliani, scene-stealing without stealing the scene) regarding the loss of a child. The pain is still there, and palpably so, though they do have two grown children: Lorenzo (Íker Sánchez Solano) and Camila (Ximena Lamadrid).

One of the first rips in the fabric separating realms comes during a talk show interview, when the host (Francisco Rubio), something of a frenemy from Silverio’s past, hangs Silverio out to dry before a live audience, questioning his integrity and the quality of his work. The audience laughs and the host mockingly cuts deeper, but Silverio just sits there, mute, seemingly unable to respond. It’s like a dream in which you just keep falling with no end in sight. Later, during a graphic act of passion, a small child makes an entrance that’s beyond coitus interruptus, and it’s there that you know you are no longer on the corporeal plane.

The elegiac sojourn, shot with a slightly distorted wide-angle lens by Darius Khondji (“Se7en,” “Delicatessen,” “Midnight in Paris”) to enhance the sensory-warping aura, plays with themes of colonialism, identity and lived-in authenticity. In some scenes there’s reenactors re-creating the Spanish conquest and Mexican-American War; in others, some of those Mexican liberating forces, in full regalia, simply enter the modern-day drama as if part of the everyday. The disorienting camera effect and absurdist blending feel somewhat Fellini-esque or Kubrick-esque, or more to the point, like the two great visionaries feuding on a remake of Alejandro Jodorowsky’s “El Topo” (1970). Back to those themes, in one early interview Silverio is pushed on his indigenous roots; later, at an LAX checkpoint, he’s detained and questioned by a TSA agent of Mexican origin who harshly refutes Silverio’s claim that L.A. is his “home.” A firestorm erupts between Silverio’s family and the agent, with the agent’s higher-up trying to hold the peace until the Mexican militia charge in.

If there’s a downside to “Bardo” one might cite its overindulgence, but it’s also a deeply personal essay in which the auteur wrestles with his legacy and mortality – would one ever critique a eulogy for a lost parent, spouse or child?

As much as Iñárritu’s meticulous craftsmanship shapes “Bardo,” it doesn’t work without Cacho (“Zama,” “Cronos”) as the director’s committed stand-in. There’s a great weariness to his Silverio, like he needs to atone for something but is unsure of what, and intermittent bouts of bewilderment and bursts of steely resolve. It makes for a full-circle portrait of highs and lows, travails and challenges – some earned, some not – where in between a creator can have a one-on-one with Cortez and huddle on a subway car with an aquarium bag full of axolotls.