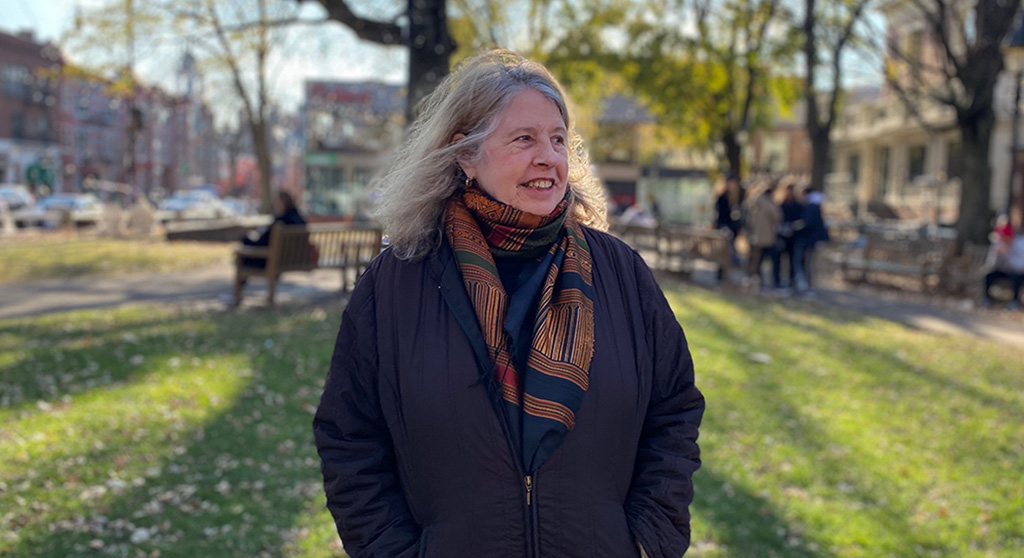 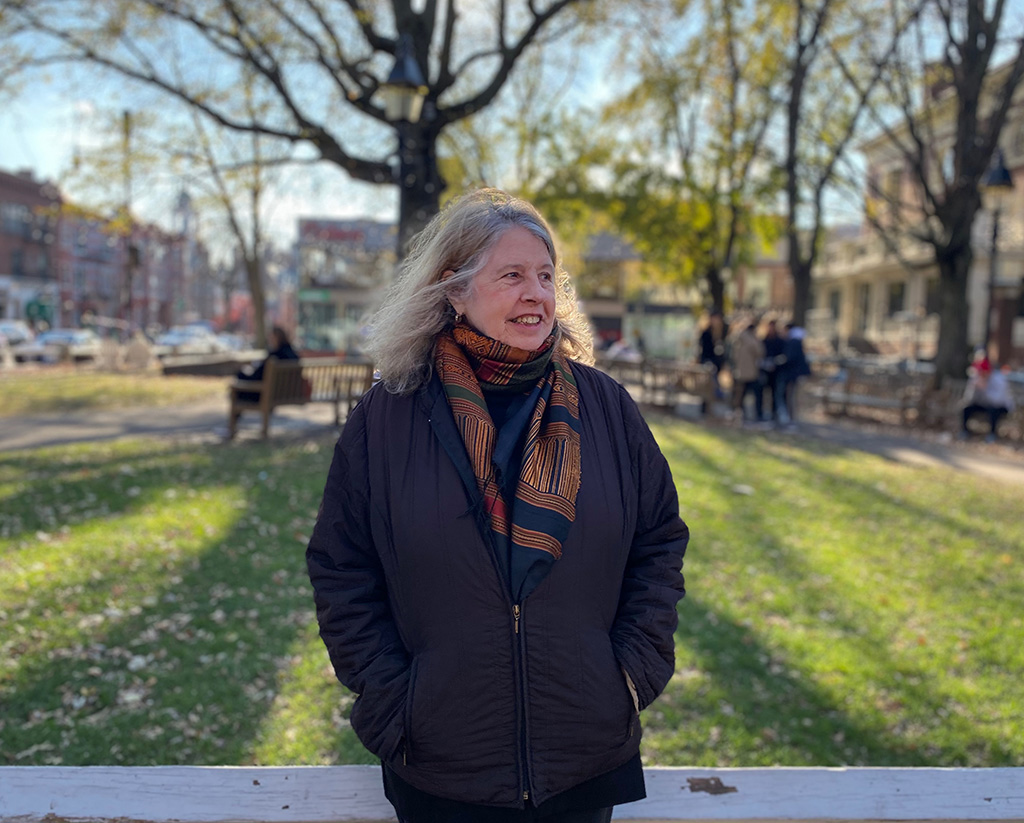 Harvard Square has been a special place for generations of people, and especially generations of Harvard students. A recently introduced class at the school exposes students to the square’s history and encourages them to get more involved in civic life by considering how it might be reenvisioned.

On a cool evening in November, a group of 30 students gathered in a classroom in the Arthur M. Sackler Building on Broadway Terrace; a glowing projector screen displayed a photo of Harvard Square in 1972 surrounded by a colorfully psychedelic frame. The day’s lecture, “Harvard Square as a Conflict Zone,” went over the history of protest in Harvard Square, from objections to rancid butter in Harvard’s dining hall in the 18th century – known as the Butter rebellion – to Vietnam-era protests and Occupy Harvard in 2011.

Though past course offerings have looked at Harvard, including one focused solely on those “revolts” and another on Harvard and the slave trade that resulted in a powerful report, what makes this class unique is what it asks students to do: Each is required to attend and speak at a public meeting about Cambridge. Other assignments call on students to research and write opinion essays.

The professor is Suzanne Blier, who is well known in local politics as the founder and president of the Cambridge Citizens Coalition and Harvard Square Neighborhood Association.

“As I became more involved in this kind of thing, I decided it would be a great course to teach, because I believe strongly in getting students involved locally,” Blier said. “I’ve been worried about our democracy, and I think we need to have more and more people of various ages involved in what’s happening on the ground. That’s the first real goal of the class – to get all of these students wherever they end up – realizing you have to play a role in your community.”

She wants to get students “understanding where they live,” Blier said. 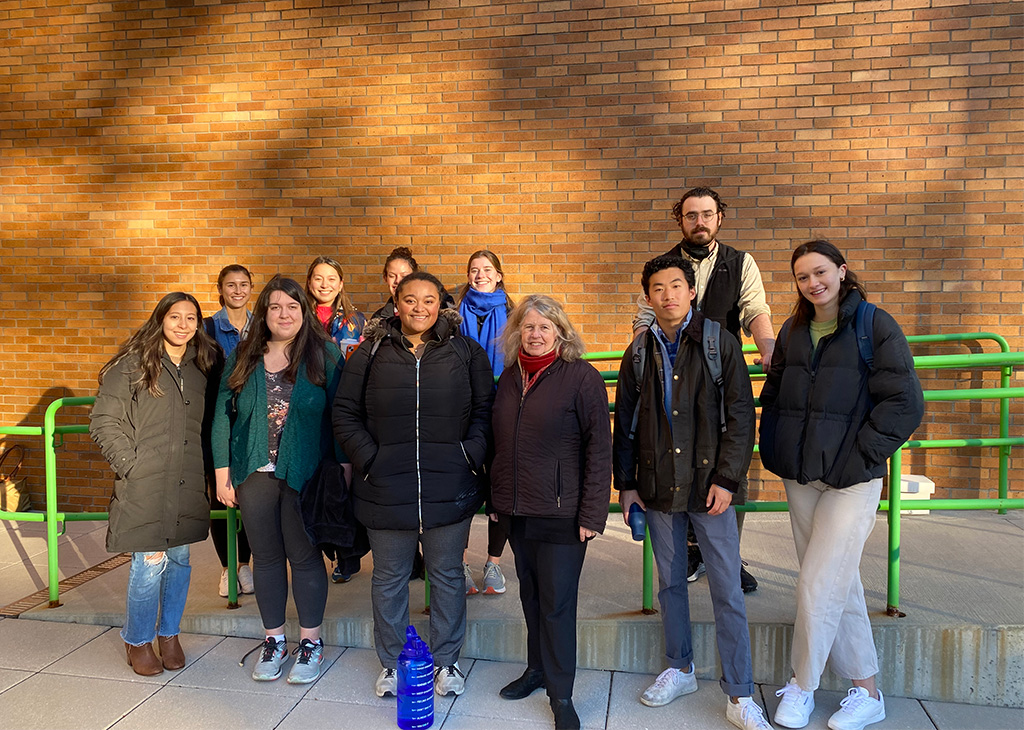 Blier with some of the students in her class about Harvard Square. Teaching fellow Trevor Menders is at right in the back row. (Photo: Luciano Cesta)

During the first 15 minutes of each class, students get updates from local media on what is happening around Harvard Square and Cambridge. There are also tours of the square, which start each semester with crossing the street from Harvard Yard’s Johnston Gate to First Parish Cambridge Unitarian Universalist, where the first Harvard commencements were held. Blier covers the creation of the Harvard Indian College in the 1640s and why displays in Memorial Hall dance around the causes of the Civil War (“many of the students came from the South,” Blier said) as well as the closing of the AMC Loews cinema in 2012 and arrival of developers such as Gerald Chan.

The class syllabus is roughly chronological, covering the Indigenous history of the area, the beginnings of Cambridge as Newtowne in 1630, slavery, the American Revolution, interactions between Harvard Square and the surrounding area, and 19th- and 20th-century history. There is an emphasis on architecture, as the class is taught from the Department of History of Art and Architecture; there are tidbits on the construction of significant parts of the area on salt marshes, and segments on cultural hot buttons such as redlining.

During Covid, Blier – who believes “Newtowne” was first modeled after Jerusalem, in the form of a cross – applied her knowledge to writing a short book for young people called “Streets of Newtowne”; boutique New York City publisher Imagination and Wonder expects to market the book in June, she said.

Blier said she tries hard to separate her teaching and her activism.

“I don’t care what they say one way or the other, but they have to know the agenda well enough to speak to something,” she said. “I think for many people, students or otherwise, speaking publicly at a forum such as this, it can be kind of daunting. I just wanted them to have that experience, because it is important.”

The updates on current events and look ahead at meetings that start each class is a favorite feature for students.

“I’ve learned so much more about what’s going on in the city,” said LyLena Estabine, who during the semester participated in a City Council meeting discussing safety and lighting on Cambridge Common.

History of art and architecture student Sebastian Stern said that he learns a lot about how local government works through anecdotes from the professor. From what he’s learned, he thinks that the city is “too bureaucratic.”

“She pulls back the curtain a little bit, and that’s very interesting,” he said.