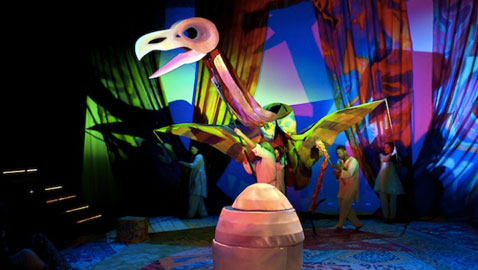 Have some “Arabian Nights” at the Central Square Theater. “One Thousand and One Nights,” the collection of folk tales from the Middle East and Asia, is brought to life through theater and puppetry in this all-ages adaptation by Dominic Cooke that this year won Independent Reviewers of New England awards for best ensemble, best puppetry, best costumes and best director for Daniel Gidron. Put on by the resident Nora Theatre Company and Underground Railway Theater, the show plays up suspense, romance and humor and, in the words of The Boston Globe, “transports us to another world that reminds us of the power of storytelling.”  This is the second-to-last weekend; shows are at 3 and 8 p.m. Saturday and 2 p.m. Saturday at 450 Massachusetts Ave., Central Square. Tickets are $15 to $50 depending on seat location and showtime and are available online. 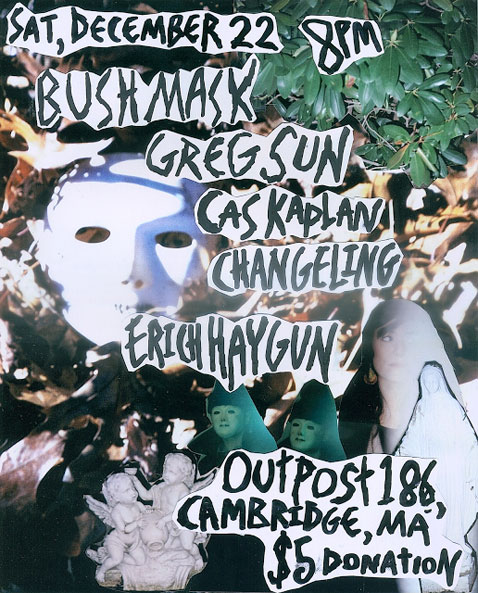 Go out on the edge with poetry and music at Outpost 186. If you were thinking Cambridge was getting a little too, well, normal – too staid, mainstream, traditional and expensive – you need a night at the far outposts of art. Rob Chalfen’s new-arts, media and performance space Outpost 186 is hosting an evening of poetry and acoustic music that is anything but, with Bushmask, Greg Sun, Cas Kaplan, Changeling and a special poetry reading by Erich Haygun for a $5 donation at 8 p.m. Saturday. What can you expect? Noise, challenge, exploration, a bit of melancholia and a lot of intellectual excitement. There are plenty of people who, when they think of Cambridge, think of this. And there are plenty of you who moved to Cambridge thinking the same thing. Here it is – with the “here” being 186-1/2 Hampshire St., Inman Square.

Feel “Mortified” by recovered items of teen angst at Oberon. Playing off the idea that comedy is tragedy plus time, the “Mortified” franchise has been asking people since 2002 to excavate artifacts of teen angst – journals, poems, letters, lyrics, home movies and schoolwork – and share them with the strangers in the audience. “Where else can you hear grown men and women confront their past with firsthand tales of their first kiss, first puff, worst prom, fights with mom, life at Bible camp, worst hand job, best mall job and reasons they deserved to marry Bon Jovi?” organizers ask. The latest event is 9 p.m. Saturday at Oberon, 2 Arrow St., Harvard Square. Tickets are $15 here. 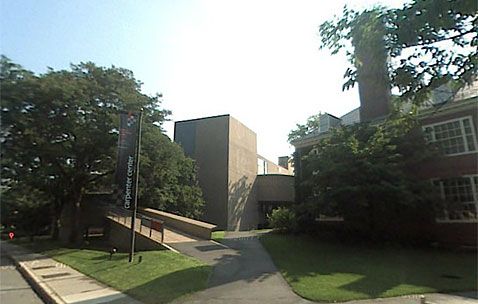 Delight in the free 4th Annual Vintage Christmas Show at the Harvard Film Archive. This free, two-hour hodgepodge of film is offered as “a break from shopping and running around on this Sunday before Christmas” and includes a murder-mystery feature, short comedy classics and a family-friendly video diary by George Kuchar, the camp director who died last year. The show starts at 2 p.m. Sunday at 24 Quincy St., Harvard Square. More information is here.

Go traditional at The Cambridge Candlelight Christmas Celebration. If your love for the Christmas holiday hews toward the traditional, and even toward the Christian, this event is for you. (All are invited, though.) Organizers say families from all over Greater Boston come for this celebration of Christmas as the birth of Jesus hosted by Cambridge’s Aletheia Church. Hot chocolate, cider and other holiday treats come first, then  Christmas music, “a message that you won’t want to miss this Advent season” and finally a candle lighting with carols. The celebration is at 5 p.m. Sunday at the YMCA at 820 Massachusetts Ave., Central Square. 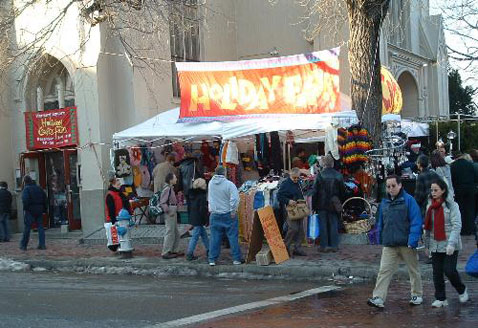 Do that shopping or suffer dire humiliation. This is the final week of  the 27th annual Harvard Square Holiday Fair, featuring artisan gift items such as jewelry, pottery, cards and calendars, art, recycled silk, lamps, tiles, hats and scarves, continues at The First Parish Unitarian Church, Zero Church St., Harvard Square from 10 a.m. to 7 p.m. Saturday and from noon to 6 p.m. Sunday. (It also runs Dec. 14-16 and Dec. 18-23, with weekday hours 11:30 a.m. to 7:30 p.m.) More information is here.

Also, Whole Foods is engaging in the reprehensible act of calling something “madness” when it’s really just commerce-based charity and vice-versa. In this case, an event called Whole Night Madness – ugh, it hurts just to type it – that means the Whole Foods Market Fresh Pond grocery store is open for 36 hours straight, from 7 a.m. Sunday to 7 p.m. Monday, and during that time 5 percent of the proceeds goes to Food For Free, a local nonprofit working with charity food programs in Cambridge and Boston. From 8 to 10 p.m Sunday, the store’s Genji Sushi has an all-you-can-eat sushi buffet with karaoke ($19 for adults, $9.50 for children; call (617) 491-0040 for reservations); from 10 p.m. to midnight there will be a DJ and a chance to win prizes.