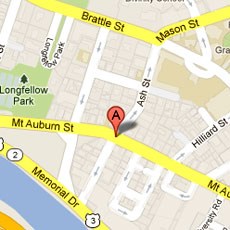 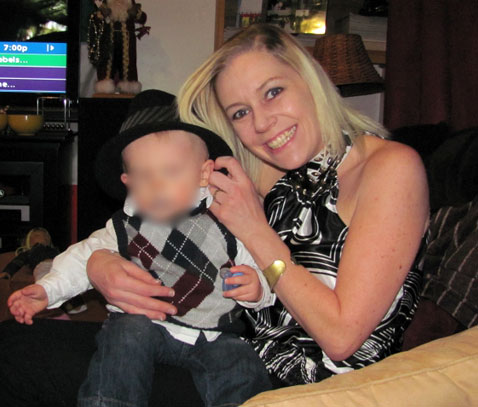 Aisling McCarthy Brady, 34, of Quincy. The image of the child has been blurred by Cambridge Day.

A nanny was arrested Monday on a charge of hurting the 1-year-old girl in her care, ultimately causing brain death and killing her, Middlesex District Attorney Gerry Leone said.

Aisling McCarthy Brady, 34, of Quincy, was arrested in Quincy on a charge of assault and battery on a child causing substantial bodily injury. She is scheduled to be arraigned in Cambridge District Court on Tuesday.

“This is an extremely troubling case, where we allege the defendant violently assaulted a 1-year-old child, causing a devastating head injury and broken bones,” Leone said. “Children are our most vulnerable victims and where, as here, the offender has been entrusted with the care of a child who depends on them, the allegations are all the more egregious.”

According to authorities, on Jan. 14 at about 4:41 p.m., Cambridge Police went to Ash Street, west of Harvard Square,  on a call about an unresponsive infant. The child was found to be breathing but unconscious and was taken to Children’s Hospital in Boston, where she was found to be suffering from subdural and retinal hemorrhaging and cerebral swelling. Doctors also saw multiple healing bone fractures. Two days later, the child was pronounced brain dead and died.

It is alleged that on Jan. 14, the child was in the care of Brady, her nanny. Through their investigation, including interviews with witnesses, police determined that the defendant had sole custody of and contact with the child during the time she sustained injuries consistent with abusive head trauma.

Further charges are expected after the conclusion of the final report by the Chief Medical Examiner’s Office, Leone said.

There are no reviews of her work online. The profile was found as cached document.

A Care.com representative said late Monday that the company was gathering information on the incident and would have comment when more was known.